Log in with Facebook
or
Wrong email address or username
Sign up
Already on BookLikes? Log in!
Incorrect verification code
Please, check your email, the code to access your BookLikes blog was sent to you already.
Enter code:
« Back Send
back to top
Search tags: kandi

quote 2020-10-31 12:46
"Life doesn’t exactly give us what we need when it’s the perfect time. It’s not a pitching machine straight over the plate. Life throws curve balls—hard and fast, unpredictable. But you still have to hit that sucker or strike out swinging.” 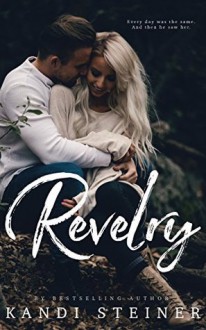 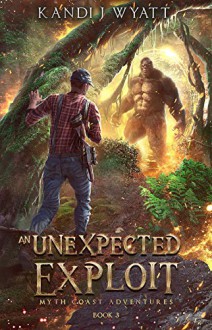 The small coastal town of Myrtle Beach, Oregon has been a known hot spot for mythical creatures.  The portals that open up have caused several creatures to come through to our world.  So far, several teens with the help of NSA agent Winston Raleigh have helped the creatures.  Now, 16 year old Franklin stumbles through a portal on a hunting trip and befriends a sasquatch.  Before Franklin can return home, he learns about the world of Shinwano, all the creatures that live there and begins training on how to protect the portals when he returns home.  However, promptly upon Franklin's return to his world, Jack Collins, hunter of mythical creatures forces Franklin to show him the portal.  Luckily, Agent Raleigh and Franklin's friends aren't too far behind and can help Franklin defeat Jack and the evil forces in Shinwano while protecting the beings that live there.
In the final book of the Myth Coast Adventures series, a middle grade fantasy adventure, we finally get to see where all of the magnificent creatures came from.  I really enjoyed exploring Shinwano with Franklin and learning about how the portals work.  My favorite part of the story was when Franklin was training with Ladaku, a sanraksaka, or Sasquatch.  Through Ladaku, Franklin learned about the strength within himself`and how to use his bhala.  I did notice that the religious undertones that had been set in the previous two books have now come full force as the fight of good versus evil erupts in Shinwano.  The excitement and danger was amplified in this installment as Jack Collins is unleashed in a land with creatures that he wants to kill for their body parts.  To stop Jack, they use teamwork, creative thinking and their beliefs.  I also loved the consequence that Jack has to face at the end.  My only complaint was that there were a lot of new Shinwano words introduced all at once and it was difficult for me to keep track of new names for creatures that there are already words for.  Overall, a satisfying end to an enchanting trilogy.
This book was received for free in return for an honest review.
fantasy middle grade
Like Reblog Comment
show activity (+) 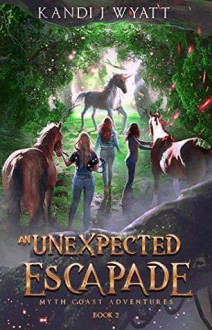 A rip in the space-time continuum has been wreaking havoc in a small town on Oregon's Coast.   Kajri, a Unicorn has found herself ripped out of her own world and into one with animals that look similar, but are lacking a horn.  When middle-schooler Daisy goes out to find her two appaloosa horses in the pasture, she is surprised to find another horse with them.  Daisy is amazed to find that the third horse has a horn and can speak to Daisy through her thoughts.  Daisy lets her friend Ana in on the secret as well.  The girls try to keep Kajri safe as they learn of a poacher that wants Kajri for her magical healing horn, but they will need help from Professor Raleigh and some friends who have been in a similar situation.
A fun middle-grade fantasy with unicorns!  This book takes place soon after An Unexpected Adventure and it is helpful to have read that book beforehand in order to know the importance of Professor Raleigh and Will, but not necessary.   I liked Daisy's character and how her confidence and strength grew around the horses as well as Kajri. The friendship between Daisy and Ana was refreshing as well.  Even as Ana was facing family issues that Kajri could have easily solved, she knew that her friends were there to support her.  Kajri herself was amazing as well, gentle and calming even though she was in a completely different world than what she knew.  I do wish there were a few more details about where Kajri came from and her powers.  I liked that there was a little more adult involvement in this story, however I didn't get the sudden inclusion of religion.  I am glad that there is a happy ending for Kajri and I am still hoping for a similar solution for Steria from the first book!
This book was received for free in return for an honest review.
fantasy middle grade
Like Reblog Comment
show activity (+) 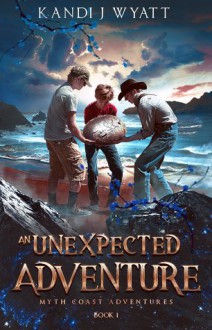 Chace, Harley, Will, and Cherise  are eighth graders  on the west coast.  When Harley's family's B & B guest, Professor Raleigh asks them for help in looking for thundereggs, they enthusiastically agree.  They find an thunderegg, but quickly agree that it is more egg than rock. They decide to keep the egg hidden from the Professor, but do bring it to their science teacher, Mr. Behr.  The egg eventually hatches revealing something unexpected- a dragon.  Steria the dragon immediately bonds with all the kids, now they have to figure out how to care for a dragon and keep Steria safe from Professor Raleigh.


An exciting middle grade adventure-with dragons! Taking care of the egg and Steria is a great test of the group's friendship as they navigate a totally unique situation.  My favorite character by far was Steria herself, calm and trusting- but playful at heart.  Like many middle grade stories, the parents were left out of a lot, however, at least there was an adult involved with Mr. Behr.  The tensions rose as Professor Raleigh  is constantly on their tails and Steria needed more and more food.  As we learned more about Professor Raleigh, it seems that he may not be the villain that everyone thought.  I did really like the solution that the group found for Steria at the end, although it doesn't seem like it will last very long.  Hopefully the next book will come up with a better solution. 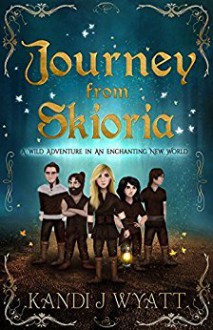 Nine-year-old Tania has become shipwrecked in a boating accident. She washes up on a distant shore. Unknown to her, Tania has found the land of Skioria. She is taken in by Trillicus and his mate Holley. They are Skiorians and are the same height as Tania, despite being adults. Skiorians live high in the trees and are experts in the forest. Tania wants to get back home and to her parents, but that is difficult. The Skiorians will have to travel with Tania back to the human world. It is a treacherous hike and the Skiorians are not known to the human populations. With help from a Terran, an Avarian and another friend, Tania will find her way back, but will she want to leave her new friends?

This was an easy to read, exciting middle grad adventure set in a magical world. Tania is desperate to get back to her parents after washing up in Skioria, however she is also captivated by their magical world and the Skiorians themselves! I found myself wanting to explore their world more and how they lived. I was a little dissapointed in the patriarchal society that was reinforced in Skioria, further showing middle grade readers that this is the norm. Tania's adventure home was the best part for me. During her adventure Tania formed deep bonds of friendship and pushed herself to do things that she never thought she could do. As an adult reader there were several times I had to take large suspensions of disbelief, especially at the end when her parents don't seem overly concerned that their daughter who has been missing for more than a month is reunited with them; however, as a middle grade reader I would have found this book to be a fun adventure into and out of a mysterious world hiding under our noses.