Log in with Facebook
or
Wrong email address or username
Sign up
Already on BookLikes? Log in!
Incorrect verification code
Please, check your email, the code to access your BookLikes blog was sent to you already.
Enter code:
« Back Send
back to top
Search tags: lifelong-learners

Where do I begin after the longest break from writing this blog I've ever taken? It has been *checks calendar* 4 months since I last posted a review (and that's not just here but anywhere). Like many of you, I've been in self-isolation and I continue to work from home. As a Children's Librarian, this has been an unexpected challenge as I try to fulfill the needs of my library community while also taking care of my mental health (tenuous at the best of times I'm afraid). I've seen so many posts from other people talking about their struggles to maintain the status quo of productivity and 'getting things done' while also feeling incredibly anxious and rundown. That is exactly what has happened to me. At the beginning of this whole thing, I found it difficult to even focus on reading at all much less sitting down to put together a semi-coherent review. Luckily, I discovered that nonfiction was to be my savior through those first few difficult weeks as it acted as a sort of lifeline tethering me to the reality of the world while also taking me out of my current situation. (I really delved deep into scientific literature and was living, ya'll.)

And then it turned out that NYC was the epicenter of the pandemic and that we were going to be indoors for much longer than originally anticipated. My landlord and his family left for the remote regions of Vermont and I was left in a house alone with my thoughts and my temperamental cat. (She's not going to be pleased when I start leaving the house again by the way.) So I had to develop a routine and to my surprise (and probably anyone else who knows me) that entailed exercising 6 nights a week before bed. I won't say that I enjoy the exercising but it has made me feel in control of at least this one thing which has helped my mental health immensely (as well as my furry friend who while temperamental has been my sole companion). And I kept reading. I picked up books that had languished on my shelves, I requested ARCs (Advanced Reader's Copies) from publishers who hyped their books in webinars, and I ordered books recommended on Instagram posts and blogs promoting social justice and anti-racism. I READ A LOT. And yet I still couldn't find the energy or mental stamina to write out reviews.

Then my calendar informed me that today marks NINE YEARS of writing on this blog. For 9 years I have read and reviewed books for strangers that I have never seen. I have been a voice on the Internet advocating and sometimes deploring the written word. I have fielded countless emails from authors, publishers, and publicists asking me to read books in pre-publication. I have picked up books with interesting blurbs and beautiful covers hoping they'd be my next favorite book. I've read books that were out of my comfort zone and others that were completely in my wheelhouse. I have read books aimed at children, marketed for teens, and some that fit no definitive age bracket. I've been delighted, disappointed, and inspired. It's safe to say that for many years my blog (and the American Museum of Natural History) kept me sane. It certainly sustained me creatively and intellectually when my job was doing the exact opposite. (I know now that was the job and now I'm in the Profession.) So I don't take this blog lightly despite the fact I make $0 from it. (Not once have I gotten any money from the ads I place at the bottom of all of these posts.)

So I decided to sit down, clear my mind, and write.

I want to thank each and every one of you that have read my blog posts whether that's been for the entire 9 years or you just stumbled onto it today. I appreciate you taking the time to read my thoughts about books and the power of reading. I know that for me reading and putting books into the hands of others is my passion. I truly believe in the power of becoming a lifelong learner and what it can do for you and the people in your life when you share what you've learned. These last several weeks have certainly tested that belief. At this point, I view it as willful ignorance especially in the age of the Internet and social media that we all live in. If you have the capability to post about your barbecue (where I see you didn't wear masks and invited your friends so yes I'm judging) then you have the power to research our racially discriminatory criminal justice system. If you can post an Instagram story where you're doing a dance you learned on TikTok then you can find the time to learn about why people are protesting and pulling down monuments to the past. (Read this article for a quick summary.) It is the responsibility of all of us to learn about our country's past so we can examine our present and impact our future. And once you've done the research then you need to act. This could mean telling other people what you've learned and urging them to do their own research. It could mean picking up a phone and calling the policymakers in your area to demand change. Maybe you can donate to an organization fighting for racial equality or at the very least let your followers on social media know about the organization if you don't have the funds to spend yourself. We are living in an age of connectivity unlike anything our world has ever known and yet we are still so divided. We will continue to be divided as long as relegate members of our society to the margins and treat them as anything less than human beings deserving of the same respect and privileges as those who have always lived with privilege. 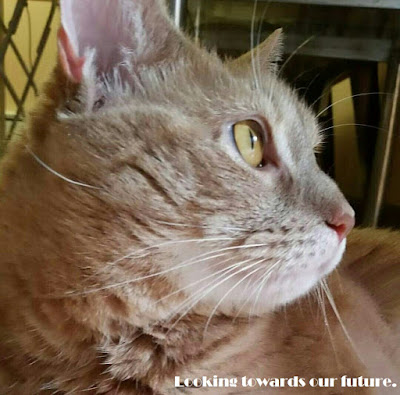 If you've made it this far, I commend you. I've run out of steam to write comprehensive reviews so this will only be starred reviews (for now). This is only what I've read during self-isolation. When I've gotten a few more books under my belt (and it looks like that is a distinct possibility) I'll write a follow-up post. And don't worry all of the other books I've read (I'm looking at you 2019 and early 2020) will eventually get written up into reviews sooner or later (probably later).

Physics of the Impossible by Michio Kaku -- 9/10

Field Notes from a Catastrophe by Elizabeth Kolbert -- 7/10

Reread:The Neverending Story by Michael Ende and The Magician's Nephew by C.S. Lewis. 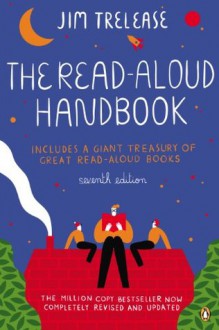 Every now and again when I receive new books to shelve, I come across one (or quite a few) that I pull aside to read for myself. That's how I stumbled upon today's book. The Read-Aloud Handbook (7th Edition) by Jim Trelease immediately caught my eye for no other reason than I'm a giant nerd for my profession. :-D The first half of the book is a discussion about the importance of reading and more specifically reading aloud to children from birth to...forever. This is not just Trelease's personal opinion but is backed up by extensive research and a plethora of data on the topic. However, it's not all technical jargon replete with charts and numbers. He uses examples from his own childhood which he describes as 'print rich' with a father who modeled reading habits as well as read to him on a regular basis. He was also fortunate to have a teacher that read aloud to the class each day. (This is a rarity in schools because of the rigorous standardized testing schedules and something I strongly contest.) He also received encouragement from a teacher who sent a note home to his parents praising his behavior and writing capability. (That really can make all the difference, folks!) Trelease also talks about the rearing of his children and their nightly routine of book reading.  Perhaps the most compelling parts of this book are the firsthand narratives of the significance of reading aloud throughout childhood and the benefits gained from it. It is chock full of anecdotes from principals, teachers, parents, and librarians and how they did their part to guide the children in their lives to become lifelong learners and readers. I've used quite a few of the 'tips and tricks' that he discusses like using ebooks and audiobooks for visually impaired and illiterate parents in the workshops and one-on-one discussions I've had with parents in my community. (P.S. Wordless picture books are another great resource.) Whether you're a professional in the field of library sciences or education or simply trying to create a love of reading in your own children this is a must have. I bought a copy for myself before I'd even finished reading it! 10/10

Oh and did I mention that the second half contains a Treasury of books subdivided by reading comprehension, age group, genre, and best books for reading aloud? WHY AREN'T YOU READING THIS YET?

What's Up Next: The House with a Clock in its Walls by John Bellairs

What I'm Currently Reading: Being Mortal: Medicine and What Matters in the End by Atul Gawande 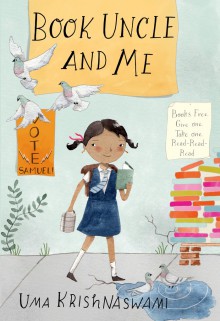 Like those of you who come to my blog looking for book recommendations, I often check out book vloggers/bloggers and 'what's new in children's lit' to see what I should be checking out next. That's how I heard about Book Uncle and Me by Uma Krishnaswami. Firstly, I don't think I've ready any children's books from an Indian author before so I was interested to see if the styles would be at all similar and what kind of themes would be explored. Secondly, this book is about two of my favorite things: books and community activism. :-D Our main character, Yasmin, is a voracious reader and she gets all of her books from a lending library run by Book Uncle who sets up his 'shop' on the corner by her apartment building. There is no price for these books and if you want to keep it then that's perfectly okay. Yasmin and many members of her community come to see this little library as a constant in their lives but one day their world is upended because Book Uncle has been told that he must leave. What transpires next is nothing short of inspiring and that's just what I think is so phenomenal about this book. It teaches children that their actions matter and that activism can be accomplished by every member of the community. It's a great way to talk about 'doing your part' that doesn't make it overbearing or heavy-handed. It's also a great way to expose children to a different part of the world. 8/10

Note: This book will also make you extraordinarily hungry.