Log in with Facebook
or
Wrong email address or username
Sign up
Already on BookLikes? Log in!
Incorrect verification code
Please, check your email, the code to access your BookLikes blog was sent to you already.
Enter code:
« Back Send
back to top
Search tags: losing-faith Grace is grieving, deep, hard and almost unable to see the light at the end of the tunnel, when she through chance encounters get to know Ryan.
Ryan´s got haunting ghosts of his own, and when Grace starts getting through to him, he gets scared.
Can either of them heal enough to try and make a go of it?
Contemporary romance, emotions, angst and smutty fluff in a great combo.
Would love to see more from Moose! =)
Won a copy in a contest, so I´ve got an autographed version *yay*
Like Reblog Comment
show activity (+) A special thank you to Gallery, Threshold, Pocket Books and NetGalley for an ARC in exchange for an honest review.

Talented writer and attorney, Adam Mitzner returns after award-winning A Conflict of Interest and A Case of Redemption with another scandalous, and suspenseful powerhouse legal thriller— LOSING FAITH, putting him in the same class as John Grisham, and the best-of-the- best. Mitzner has been added to my favorite author list, and one of the 4 thriller authors to watch in 2015.

Aaron Littmann, is married to a beautiful wife, Cynthia, a physician with twins, and a successful law career as the chairman of one of the most prestigious Manhattan law firms, Cromwell Altman Rosenthal and White in New York, overlooking Central Park.

He is on top and has it all. He has been contacted by a high-profile defense attorney whose client Nikolai Garkov, a Russian businessman and gangster, with ties to many illegal activities and terrorist bombing (everyone would like to see him put away).

He suspects Garkov is looking to switch representation and he is willing to pay a hundred thousand dollars for the initial meeting. So, curious, he goes to the meeting. However, Aaron's past hidden deeds (at the Ritz Carlton) come back to haunt him as Garkov wants something. What will his prestigious law firm think of him if he takes this case? This is not the type of client they represent.

Aaron had a past affair with judge, Faith Nichols, and Garkov knows about it. Their affair has ended; however, now he is being blackmailed to make sure Faith gets him off all charges, or both their careers will be ruined.

Both Faith and Aaron are married, and they just happened to be on another recent case together (which is a no, no), which will destroy their careers and their lives, unless he influences Faith. However, Faith is not speaking to him, since the last disaster case.

In the meantime, Aaron looks to his best friend and law partner, the older Sam Rosenthal, his mentor and a father figure who took him under his wing years ago.

To further complicate matters, there is Rachel, the sexy, single law partner who is in love with Aaron (obsessed), and an unstable past. How does she fit into the mix?

Presently, Honorable Faith Nichols is being considered for a supreme judge candidacy, her life’s dream. However, she has been sent a message, she will not be considered unless she puts Garkov behind bars. Yum, what a web of scandalous deceit and lies.  Little does she know, she is supposed to be getting him off, not putting him away. When an unexpected murder occurs, the fingers are pointed at Aaron.

If you love legal page-turner thrillers, LOSING FAITH is the book to read. So many twists and turns you do not see coming, with emotions high, and a wealthy criminal pulling all the strings.

A big fan of legal thrillers and John Grisham, I am always on the lookout for newfound authors. When I listened to Mitzner’s audiobooks: A Conflict of Interest and A Case of Redemption, I was blown away with his writing (both 5 stars +).

When I saw LOSING FAITH on NetGalley, I immediately requested an ARC and was delighted to be approved – moved it to the top of the list. I typically do not jump ahead a few months; however, was tempted and had to read.

EPIC!  Totally captivating - Three winners in a row. With his background as a practicing defense attorney in New York City– reflective throughout the pages with his vast knowledge as both writer and attorney.

Loved the quote:
One minute I held the key
Next the walls were closed on me
And I discovered that my castles stand
Upon pillars of salt and pillars of sand
–COLDPLAY “Viva La Vida” 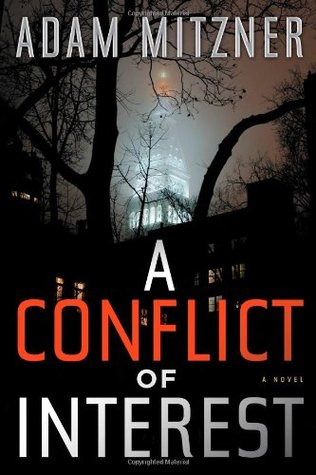 Okay for a freebie, I guess, but too much meh for me to continue reading the series. Unlikable characters, poor editing, and just ... :/ The idea was there, but way too many cliches clogging up the story line.
Like Reblog Comment
show activity (+) I'm not going to post a full review until closer to the release date per the publisher's request. So for now, I'll say that I had high hopes for this, and I'm pretty bummed that they weren't met. I didn't enjoy the previous book thanks to the contrived relationship angst (among other things), but I still had full faith in this series. I'm sad to say that it's beginning to slip. My main gripes:

Seriously, that last one. This was me for over half of this book:

The other half I was stuck at "What's the fucking point of this scene?"

Akwesi Boahene’s gold dreams ended better than those of some people in Dunkwa-on-Offin, Ghana, whose riverbeds yield flecks of the precious metal to pickaxes. He still had his life.

Boahene, a satellite-television installer, and a partner pooled $10,000 two years ago to rent land and start a mining operation in a muddy West African town then booming with prospectors lured by what was gold’s longest bull market in at least nine decades.
In May, as prices sagged, his venture became another victim in a year of lost faith in the metal. Boahene shut down the no-longer-profitable business and told his 15 workers to stay home. When a former employee phoned one morning in June about returning to work, Boahene, 33, had no good news.
“I have asked you to give me some time, I am still trying to raise money before we can resume,” he said, lying in the shade outside his rented one-room house.

Boahene, a satellite-television installer, and a partner pooled $10,000 two years ago to rent land and start a mining operation in a muddy West African town then booming with prospectors lured by what was gold’s longest bull market in at least nine decades.
In May, as prices sagged, his venture became another victim in a year of lost faith in the metal. Boahene shut down the no-longer-profitable business and told his 15 workers to stay home. When a former employee phoned one morning in June about returning to work, Boahene, 33, had no good news.

“I have asked you to give me some time, I am still trying to raise money before we can resume,” he said, lying in the shade outside his rented one-room house.
GRAPHIC: Gold Price Decline Felt Around the World
After enjoying a heyday from gold’s boom, the community faces a stark reversal of fortune that’s playing out in joblessness and an unusual crime spike. The news reverberating through the town of 33,000 that week: the deaths of two unemployed miners, shot during attempted thefts.

Gold’s swift fall, including two days in April when it plunged the most since 1980, has ravaged hopes and livelihoods around the world -- from the 1 million miners in Ghana who scour in the dirt, to thousands of executives and geologists at mining exploration firms that are running out of cash in Vancouver. Gone too are jobs for auditors, bankers and analysts in the finance capitals of Toronto and London. Investors who bet big and lost are shifting assets elsewhere and scaling back retirement plans.

During a 12-year bull market, the metal was promoted as a hedge against inflation, a store of value and a spectacular investment in its own right, gaining more than sevenfold. Its rise resembled historic moves like the Internet stock bubble of 1999-2000.
The fall may end badly, too.
“The gigantic, decade-long rally I don’t think will be repeated, at least in my lifetime,” said Michael Aronstein, 60, president of Marketfield Asset Management LLC, which manages more than $13 billion in New York. Aronstein predicted the 2008 slump in commodities prices and the 2009 rebound.

After peaking at $1,921.15 an ounce in September 2011, gold fell to as little as $1,180.50 in June, the lowest since 2010, before recovering yesterday to $1,321.67. ABN Amro Group NV analysts consider it a respite, predicting the price will average $1,000 next year and $840 in 2015 because a stronger U.S. economy will limit gold’s appeal.
For many, a turning point came in May and June, when the yield on the 10-year U.S. Treasury (BUSY) note rose almost a percentage point to 2.61 percent from 1.63 percent, destroying the premise of a faltering U.S. “The foundation for gold has eroded,” said Edward Lashinski, the Chicago-based director of global strategy for futures trading at RBC Capital Markets LLC. “Capital can be deployed much more effectively in other enterprises that actually see a return.”