Log in with Facebook
or
Wrong email address or username
Sign up
Already on BookLikes? Log in!
Incorrect verification code
Please, check your email, the code to access your BookLikes blog was sent to you already.
Enter code:
« Back Send
back to top
Search tags: multi-culti Chuito and Alaine's journey has some really dark moments that I felt to my core. Through it all love does prevail and my heart was put back together again. I won’t soon forget this captivating friends-to-lovers story. I'll be waiting with bated breath for Tino's book next. LNOE sticks to a similarly formula as its predecessor when it comes to the suspense plot in this story; the stranger lurking right under everyone's noses and attacking his prey while the police are none the wiser as to who and why of the case. There was just the right amount of suspense while not being stingy with the sexy romance between these two characters. I enjoyed the witty banter between Tommie and Paulo. Tommie’s and Paulo’s backstories were also well-drawn and their chemistry jumps off the page. Read more. FITD was less than 150 pages, but read more like a full length novel. The set up was believable and the connection between Jase and Ruby was convincingly intense after their life or death endeavor in the canyon. Admittedly, I enjoyed the first half more than the latter half though. Read more. Pandemonium reminds me of those times when my foodie friends are dragging me to a “fabulous new restaurant” where (mostly) familiar ingredients are deconstructed, spiced and recombined in a creative way. At least this time, instead of an unsettling mess, it resulted in one of those perfect, satisfying meals that fulfill a sensory need as much as a physical one. Not so unusual that I’m left with a disturbing aftertaste, and not so routine that it is immediately forgettable. To wit: 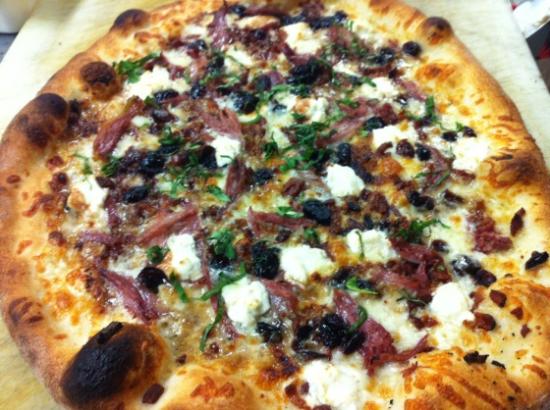 Pandemonium is a lot like that. Somewhat familiar elements drawn from comic books, buddy flicks and mythology are blended together in a plot that moves quickly but respects each ingredient. Add in some complex characterization, dashes of dark humor and develop it with truly fine writing, and I’m served a book that satisfying on both intellectual and emotional levels.

The simple summary: Del is returning to his mother’s home with a dual purpose: confess a recent car accident and psychiatric hospitalization, and to meet a famous demonology researcher at a national conference. Demons are real, although their manifestations usually pass quickly, while the behavior follows certain archetypes: The Painter, the Little Angel, Truth: “The news tracked them by name, like hurricanes. Most people went their whole lives without seeing one in person. I’ve seen five–six, counting today’s.” When Del was young, he was possessed by the Hellion, a wild boy entity, and Del has recently developed suspicions that the Hellion never left him. The story follows Del as he attempts to understand and perhaps free the entity inside him.

The plot moved nicely with enough balance between introspection and action to keep me interested. What I loved the most, however, was the writing. There’s the vivid imagery:

A small white-haired women glared up at me, mouth agape. She was seventy, seventy-five years old, a small bony face on a striated, skinny neck: bright eyes, sharp nose, and skin intricately webbed from too much sun or wind or cigarettes. She looked like one of those orphaned baby condors that has to be fed by puppets”

“The question, then, was how long could a human being stay awake? Keith Richards could party for three days straight, but I wasn’t sure if he counted as a human being“

and sheer cleverness (because I’ve been this lost driving in Canada):

“For the past few hours we’d been twisting and bobbing along two-lane back roads, rollercoastering through pitch-black forests. And now we were lost. Or rather, the world was lost. The GPS told us exactly where we were but had no idea where anything else was.
Permanent Global Position: You Are Here.”

For those who might want a sense of the flavor, I was reminded of American Gods, of George R.R. Martin’s Wild Card world (my review) blended with Mythago Wood (my review), but done much, much better. While I had problems maintaining interest in each of the aforementioned, I had no such challenge with Pandemonium. Each bite revealed something almost familiar but somehow unexpected. There’s a lot to enjoy, and an equal amount to ruminate on after finishing. I’ll be looking for more from Gregory.

Oh yes: a sincere thank you to bookaneer for inviting me to dinner.