Log in with Facebook
or
Wrong email address or username
Sign up
Already on BookLikes? Log in!
Incorrect verification code
Please, check your email, the code to access your BookLikes blog was sent to you already.
Enter code:
« Back Send
back to top
Search tags: mysterious 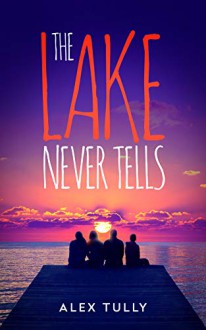 This is the first of Tully’s books I’ve read, although it is the third novel she has published, and in the ‘About the author’ section of her page and her books she describes her stories as ‘feel good’ stories, and she states that she hopes ‘readers will smile after turning the last page’. Well, hope accomplished, as far as I’m concerned.

The book description provides enough clues as to the general plot of the story. This is the story of a summer that changed the lives of the young characters at the centre of the story. Two of them, Zoe and Parker, live in a trailer park at the shore of a lake, just a stone’s throw from a posh resort ‘Crystal Waters’. They both have unconventional families (Parker lost his mother in tragic circumstances, never met his father, and lives with his grandmother, who is the strict but fair and wonderful Shirley; while Zoe lives with her single Mom, Debbie, who refuses to take responsibility for anybody, even herself, and acts much younger than her years). Zoe’s best friend, Meredith, the daughter of the local sheriff, can be pushy and harsh at times, but she is also funny and amusing, and always has Zoe’s back. Ethan, a young boy from the posh side of the divide who has come for the summer, somewhat stumbles into their group dragging his own problems with him. Although his life and circumstances might seem charmed from the outside, his parents’ relationship is a sham, and he suffered a traumatic event one year ago that he has not fully recovered from. It has changed him and turned him into somebody quite different. As the novel advances, we come to realise that Ethan’s change might have been for the better, even if that is not so evident for him at the beginning of the story. The novel fits well into the YA genre, and although the characters are put to the test and have to confront some harsh truths about themselves and others, these are not extreme, brutal or too challenging, and I think the book would be suited to fairly young teens as well, although I’d recommend parents to check it out because there are mentions of drugs, mental health difficulties, a suspicious death, a suggestion of sexual harassment, as well as divorce and drinking.

I liked the way the story is told. It starts with a hook, as we follow Parker on the 5th of July when he makes a shocking discovery, and then we go back a few weeks, to learn more about the characters and how they came to this point. The story is told in the third person, but from the points of view of the three main protagonists, Zoe, Parker, and Ethan, and their emotions and thoughts feel suitable to their ages (Parker is only 11, and he behaves appropriately to his age) and to their circumstances. I also liked the way we get and insight into Ethan’s disturbing thoughts and the way he tries to deal with them. We don’t learn what happened to him until quite late in the story, but by that time we’ve got to know him as he is now, and we can empathise with him even more. The way he and Zoe behave with Parker, as if he were their younger brother, is heart-warming.

I liked Zoe, because she is strong and determined, and I liked the way Meredith can be annoying but also amusing and supportive, and she usually helps lighten up the atmosphere. Shirley is a great character, although like all the adult characters, she does not play as big a part in the story as the young people.

The element of mystery is well resolved and integrated into the story, and I particularly enjoyed the fact that this is not a story of amateur detectives that can find answers and clues the police have missed, pushing the suspension of disbelief, but one where the characters are involved in the story because this is a small community and people’s lives become easily entangled. I also enjoyed the red herrings, twists, and revelations, and the resolution of the plot is very satisfying and hopeful.

The writing is simple and straight forward, without unnecessarily lengthy descriptions, but the author still manages to create a good sense of place and, especially, of the feeling of friendship and affection between the protagonists.

I cannot highlight any major negatives for me. Readers who are looking for diverse characters might not find them here (there are major differences in social class, and this is something the book focuses on, and one of the characters suffers from mental health issues, but no issues of genre, or race are discussed), and although I enjoyed the ending, the fact that the author decides to share the same scene from the point of view of the three main characters in succession results in some minor unavoidable repetitions. This slows down the ending a bit, but it wasn’t something that bothered me in particular. Each chapter is told from a single point of view (apart from the final one), and it is clearly labelled, so that does not cause confusion. I also missed some more interaction between Ethan and his twin sister, who hardly makes an appearance during the book. Ethan thinks about her at times, but she does not have a presence, and she is the only one of the younger characters I didn’t feel I had got to know. Even Heather, one of the cabana girls working with Zoe, has a bigger part than her. Other than that, the book flows well and is fairly cohesive, although the action speeds up towards the end, as is usually the case with mysteries.

I recommend this book to people who enjoy YA fiction, especially, as the author says, ‘feel-good’ fiction, where some important subjects are discussed but in a sensitive rather than a challenging manner. It is an ode to friendship and hope, and it feels particularly suited to the times we’re living. And it will leave readers with a smile. 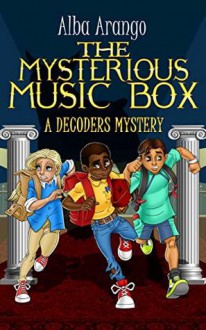 The mysterious Music box is a well-hidden game of lost and find. Though it not all easy to find the music box. There seems to be a reason for two other people trying to find this music box that belongs to a friend from school.

Though why would someone want to break in and take a music box that has nothing in it. There seem to be quite a bit of people wanting Rosa music box. Could there be something inside the box that can solve a mystery of some treasures that came from world war II Germany?

There seem to be two other people that are trying to find this music box. What could be so special about it? If you enjoy riddles and puzzles, then this book and series are for you. If you are looking for a good series or book for your children of middle-grade schoolers this is it. These books are good for them and they will learn a little bit as they read.

To have a charming young woman react to one's proposal with laughter is a bit difficult to take...

"It struck me as being highly unsatisfactory."

I'm returning to my Christie roots to work my way through the audiobooks in publication order. No schedule and no deadline - just a chronological review of the Christie canon.

Hugh Fraser narrates Christie's first mystery and does a terrific job as always. I've listened to this one before.

I already own 25 of the fully length mysteries in audiobook format, which means that I'll need to pick up the other 41 over time, which will add to the pace at which I will listen, and I'll be skipping a few of the really bad ones.

What an intriguing concept. Mr. Quin truly is mysterious, always showing up in times of impending doom. And yet, he's merely a catalyst for this friend Mr Satterthwaite to act in some way.

In a way, the duo reminded me of the old 80s tv show Highway to Heaven, but less evangelical.

As this was the first time that I encountered Mr. Quin, I had no idea that Christie had taken this approach in some of her short stories. I knew Mr. Satterthwaite, of course, as a friend of Hercule Poirot's whom we meet in Three Act Tragedy, but not from his other stories.

Having now read this collection - which really is a little bit of a blend between Poirot/Marple-style mystery short stories and Christie's stories dealing with the supernatural (yes, she did write them! - see The Hound of Death!) - I rather like Mr Satterthwaite as a more mellow version of Poirot, who accepts that he is a snob, but who also is very big-hearted.

This was an enjoyable read, but it lacked some thing for me. I can't even put my finger on what this might be, but I just couldn't feel the same ... thrill as with other Christie favourites.