Log in with Facebook
or
Wrong email address or username
Sign up
Already on BookLikes? Log in!
Incorrect verification code
Please, check your email, the code to access your BookLikes blog was sent to you already.
Enter code:
« Back Send
back to top
Search tags: series-i-follow 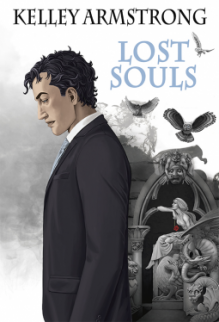 The greatest compliment I can give to this novella, is that after being thoroughly pissed of with the way things ended in the third Cainsville novel, I am now _once again _ determined in finishing the series! So, well done! Objective achieved, lol As to what happens in this novella, obviously I'm not going to spoil it for you guys, but I'll say that the basic plot was extremely interesting... okay, there's ghosts...and other supernatural beings involved. Patrick, aka Gabriel's... now what have you read? Have you read the first four books and the anthology "Led Astray" who has some pretty good shorts on Gabriel and his childhood? Because in the case that you haven't, let's just keep things...secret. Okay? So, I was talking about Patrick who is a writer amongst other things... Olivia would probably use a much more colourful language about the guy!*snort* Patrick decides to get more involved in Gabriel's life, and of course things don't go as they probably should. A big mess ensues. Gabriel and Olivia's relationship is still on the mend, and people are getting lost. In more ways than one... Now if you're wondering, after all my blabbering, if you can read this novella without reading the previous stories, the answer is yes. Of course by doing so, you'll be losing more than half of the "fun" :)

What can I say?

My memory kind of sucks, so I really should have re-read the previous book before going into this new short story.

But even so, it isn't as if I don't "know" the characters and their peculiar "traits".

As such it was funny ( I must share Mae's sense of humour) to see Quentin's fretting about Toby meeting his parents. As always, Tybalt's nonchalance to everything "no cat... and Toby" related was a pleasure to read.

As for Tybalt's nephew, that "kitty cat" needs some boundaries. Crazy cat!

As for the ending, it took me a little by surprise. Did I forgot about it in the previous books?

Had there been signs of that relationship? Because I don't remember anything, but sometimes I feel as if I am going senile, so... 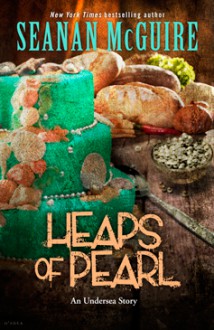 Well it would get a higher rating if it had been longer!
As for the rest, I loved seeing how Dianda and Patrick met. Also, it was curious to see some other characters _ not revealing whom _ from another perspective. 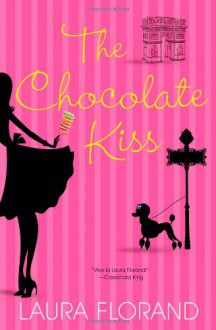 Have it ever happened to you guys, start reading a book, immediately having issues with it, consider DNF it... and in the end finding yourself in love with it?

Well, that's what happened with me.

I found the beginning more than awkward _being currently reading the following volume, I have to say that that seems to be the rule with this series _, for me it was borderline idiotic: Magalie's reactions were a little over the top considering which century we are in... and I wasn't crazy with the instant attraction. Not when you consider what happens when they first meet...

However, and this is were things started becoming hazy, Magalie actions end up having a reason to exist. Who Knew?? Well, besides the author, that is. o_O

For someone who just recently found a semblance of home, Magalie is determined to hold her own against Philipe Lyonnais, a world renowned chocolatier who decided that "Magalie's street", was just the street for his store... suffice to say that Magalie and her aunts are less than pleased with the situation.

Although for completely different reasons... *cough*

What happens next is a battle of sugar (Macaroons versus hot chocolate) between Philipe and Magalie amid numerous metaphors of princes/ princesses/ witches/ peasants and other fairy tale elements. With two stubborn main characters, the battle is definitely on to see which of them resists longer to sweet temptations.

With a touch of magical realism, Philipe and Magalie's receipts gain a life of their own (fans of the book "Garden Spells" will be right at home with it), influencing all of those who eat or drink their concoctions.

One of the funnier parts in the book is Philipe's fear that Magalie's "hot chaude" will turn him into a frog. LOL

Magalie's aunts were also priceless with their advices and their utter admiration that their niece would actually want something to do with a man. She didn't learn that with them! I think they compare it to finding out that their niece is actually an unicorn! :D

The Chocolate Kiss has a bit of a Rapunzel retelling to it, but in a more realistic way, this story deals with its effects. So accordingly, one might say that this Rapunzel suffers a bit of social anxiety.

Behind her polished exterior, Magalie hides her heart way up in her tower and hopes for things that will never change..

As for the so-called Prince, he suffers from a severe case of sticking his nose where it doesn't belong _just because the door to the tower is open, that doesn't give him the right to walk all over the place!_ luckily for him, his heart was in the right place.

In the end, this was another charming novel by the author, who once again makes me want to pack my bags and get lost in France.

Well not lost. I hate getting lost...a map would be good...

Also my French is really rusty... 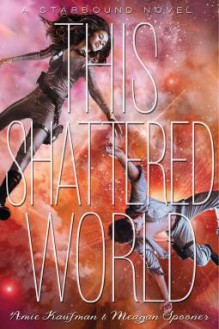 Another novel set in the vaguely dystopian and sci-fi world created by Kaufman and Spooner and another couple's story. Although Lilac and Tarver do make an appearance ;)

This time our main characters are Jubilee Chase and Flynn Cormac. As with what happened with the former leading characters, these two also have a world of differences setting them apart. Not of birth, but of ideology: Jubilee is a Captain in Avon ( a re-imagened Avalon?). Her mission, to keep the rebels forces under control. As for Flynn, you may say he is the rebels future leader.

Maybe I have a thing for supposed enemies turned lovers ( Juliet Marillier's "Son of Shadows" comes to mind), but there were a number of times in which I found myself preferring Jubilee and Flynn's story to Tarver and Lilac.

The tension and the differences between them were extremely well developed, so much so, that I found myself "metaphorically" biting my nails to figure out what was going to happen next.

Jubilee is such a strong character with a heartbreaking past, and Flynn, the idealist who feels as if he has nothing left to lose...although it is Jubilee who at times seems to have a death wish.

Like what happened with the first book, the world building, once again isn't that well developed... once again, I find myself overlooking that detail due to the quality of the writing, and of the relationship between the two main characters.

However, unlike what happened with the first book that delivered a mind boggling plot twist that reduced me to a crying mess... this one _ yes, it also had a "break my heart, why don't you?" _ was quite weaker. And not as good as what happened in Lilac's book.

For that reason only, for the fact that I didn't found the last part of this story as compelling as the beginning and the middle, this gets a 3.5 rating.