Log in with Facebook
or
Wrong email address or username
Sign up
Already on BookLikes? Log in!
Incorrect verification code
Please, check your email, the code to access your BookLikes blog was sent to you already.
Enter code:
« Back Send
back to top
Search tags: shounen I'm starting to think that the first volume of this series was the roughest, because everything after that one was much better. Volume 4, in particular, was really good.

At the beginning of this volume, Yoshida gets upset when some of the girls call him “ugly” and say that he looks a lot like one of the monsters in an amusement park haunted house. Although Yoshida is terrified of haunted houses, Sato forces him to go to the one the girls mentioned. After that, we get an extended flashback to Sato's elementary and middle school years. When he's 12, his parents tell him he'll be going to a boarding school in England. What they don't tell him is that the “boarding school” is actually a brutal fat camp that uses dangerous and unorthodox methods (like combat against wild animals) to help kids lose weight. The volume ends in the present, with Nishida and Sato battling for the right to date Yoshida and the school's girls battling to win a contest that will give them a full day with Sato.

The beginning of volume 4 was probably the weakest part. I felt a bit sorry for poor Yoshida, being forced to go through a haunted house when just the thought of being there terrified him. Sato couldn't seem to decide whether he was being too hard on Yoshida or whether he was enjoying Yoshida hiding behind his back too much to stop.

The flashback, though, was excellent and gave me something I've been wanting for a while, an extended peek into Sato's mind. This entire part was from his POV: being saved from bullies by Yoshida; the day Yoshida got his cross-shaped scar; being shipped off to England by family members that didn't seem to want him around; surviving his three years at that brutal school and even somehow making friends there; and the weird and upsetting feeling, after he returned to Japan, that his fat self had somehow been erased as though it had never existed.

Sato was about as screwed up as I had expected. In elementary school, he emotionally distanced himself as much as possible from the people around him and the things being done to him. His family members didn't even get proper faces, just big black spots with “Sis,” “Mom,” and “Dad” written on them. He even tried not to care too much about Yoshida's efforts to stop others from bullying him, probably so that Yoshida wouldn't have a chance to disappoint him later on.

Tanaka kept the section set during Sato's middle school years from being too grim by making certain elements over-the-top ridiculous. There were races conducted with wild animals running behind the kids as motivation, and combat classes in which the kids had to either defeat wild animals or be carried away on stretchers. I thought it was a little bit too ridiculous, at first, but, combined with some of the other things going on at that school, I think this section would have been too dark if Tanaka had played it all completely straight.

You know how Yoshida found out in volume 3 that Sato wasn't a virgin? Well,

Sato's first time having sex was with one of the school's teachers.  He'd have been maybe 15 at the time. Apparently the teachers made a regular practice of having sex with any students who turned into stereotypical hotties after they lost weight, and Sato was one of those. That was also how he figured out that he could use his good looks to make weak-willed people do pretty much anything he wanted them to do.

So yeah, even with the wild animal combat sessions this section was a bit dark.

One thing that hadn't really occurred to me, prior to reading this volume, was that it wasn't just Yoshida and Sato who'd gone to elementary school together. Most of the students at their high school had also gone to the same elementary school, and some of the guys who wanted to be Sato and some of the girls who wanted to date him might have been the same ones who bullied him a few years earlier. That had to be a bizarre feeling.

After all that heavy stuff, Tanaka decided to end the volume on a lighter note. I absolutely loved the “battles” between Nishida and Sato, even though I agreed with Yoshida that they should have talked with him first. Sato didn't even try to be a better person than Nishida – he'd have had to be a saint. Instead, he thoroughly embraced his role as the over-the-top villain, complete with a panel in which he shouted corny evil lines while looking down at Nishida from atop a cliff (“Yoshida is mine, and it's about time you knew that...in Hell!” (153)). This entire section had me laughing so hard I cried.

After a so-so beginning, this turned out to be the best His Favorite volume yet. I can't wait to see what else Tanaka comes up with.

This volume includes one full-color image and a short postscript. The series continues to have a bit of an episodic feel, as each chapter has its own “story.” In this volume: Yoshida feels stressed and preoccupied because a cute girl has asked him out; Yoshida gets upset when he learns that Sato isn't a virgin (I had thought he and Sato had had sex already, but apparently not); a heat wave makes everyone feel gross and cranky; Nishida, an openly gay student, confesses his love to Yoshida; and readers get to see more of Torachin and Yamanaka now that they're a couple.

This series has grown on me, even though I still have some issues with it.

I'm glad that Sato seems to have mellowed out some. He's still a secret jerk, but he doesn't mess with Yoshida quite as often as he did in previous volumes, and there were some nice panels of Sato and Yoshida just hanging out and enjoying each other's company. I still wonder if Tanaka ever plans on digging a little deeper, bringing Sato's emotional issues out into the open, and really dealing with them.

One thing I did not like, however, was how Sato acted during the heat wave chapter. He was absolutely awful to Akimoto, Yoshida's overweight friend. He absolutely destroyed the guy in only two sentences. He claimed it was because Akimoto got between him and Yoshida, but I imagine that his own usually hidden feelings of self-hatred and fat phobia played a large part as well. He's gone from being the guy who was bullied when he was fat to the guy who spews hateful words at Akimoto when the heat causes his “nice guy” mask to slip.

I cheered when Yoshida immediately jumped to Akimoto's defense and demanded that Sato apologize. However, Yoshida seemed to forget how awful Sato had been to one of his best friends the instant he realized that Sato was probably just as stressed out by the heat as everyone else. Okay, yes, the heat was making everyone cranky, but only Sato reacted so viciously. I wish Yoshida had continued to be angry at Sato, or given him the cold shoulder.

I enjoyed most of the rest of the volume, though. Nishida, in particular, was a fun new character. He was ridiculously and hilariously kind, at one point simultaneously helping an old lady carry heavy things, catching a thief, saving a little kid's balloon, and saving a drowning puppy. Although Yoshida didn't seriously considering dumping Sato for him, Nishida's wonderfulness did highlight how much more awful of a person Sato tended to be. I'm still waiting for a satisfactory answer (beyond “Sato won't leave him alone”) for why Yoshida continues to go out with Sato.

I was thrilled to see more of Torachin and Yamanaka, although the end result wasn't quite as good as I had hoped. Torachin was perfect – the tough guy who's a secret softie. The problem was Yamanaka. Falling in love with Torachin did not cure of him of being a good-looking sleazeball. He and Torachin haven't had sex yet, and he wanted their first time to be good...so he asked Yoshida “Is it okay if I screw you once?” (142) Thankfully, Yoshida gave that proposal the response it deserved.

It sort of helps that both Yoshida and Torachin are aware that the guys they're going out with kind of suck...and yet it doesn't. I want better for both of them.

Oh, one thing I should mention: throughout the series so far, almost all the female characters have been boring rabid boy-chasers. Tsuyako, who made a brief appearance in the first volume and who was basically a female Sato, was one of the few exceptions. Happily, this volume provided readers with another. Inoue was one of the few girls who wasn't afraid of Torachin. She acted as a middleman, asking Torachin for help on behalf of a female classmate, but she also made it clear that he was basically being used and that she wouldn't blame him if he decided to refuse. I liked her attitude and her pragmatism, and I hope she becomes a recurring character.

This time around, the entire volume is devoted to His Favorite. There's a 4-page one-shot in which Nishida and Sato publicly fight over Yoshida (their classmates think they're practicing some kind of comedy skit). There's also a short postscript and one full-color illustration. 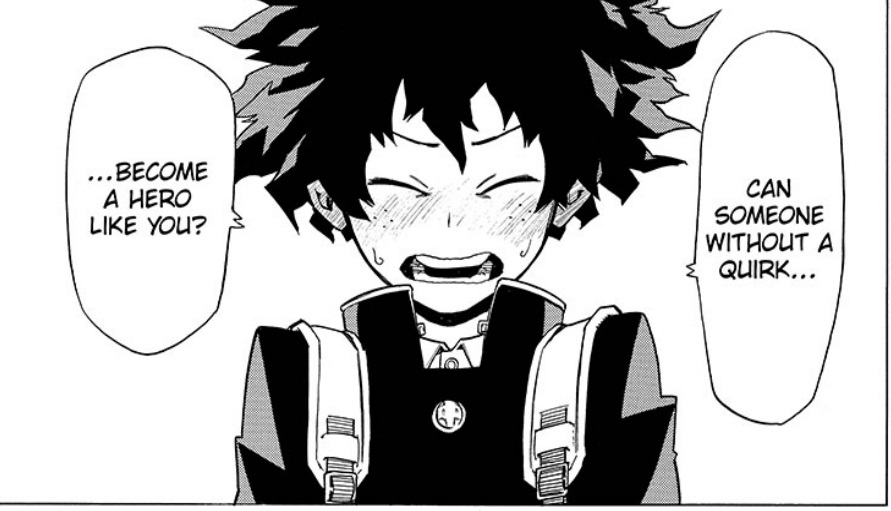