Log in with Facebook
or
Wrong email address or username
Sign up
Already on BookLikes? Log in!
Incorrect verification code
Please, check your email, the code to access your BookLikes blog was sent to you already.
Enter code:
« Back Send
back to top
Search tags: the-vatican

INCOGNITO has been described as a "darkly entertaining" read. So here's a music playlist to match country locations described in the novel. 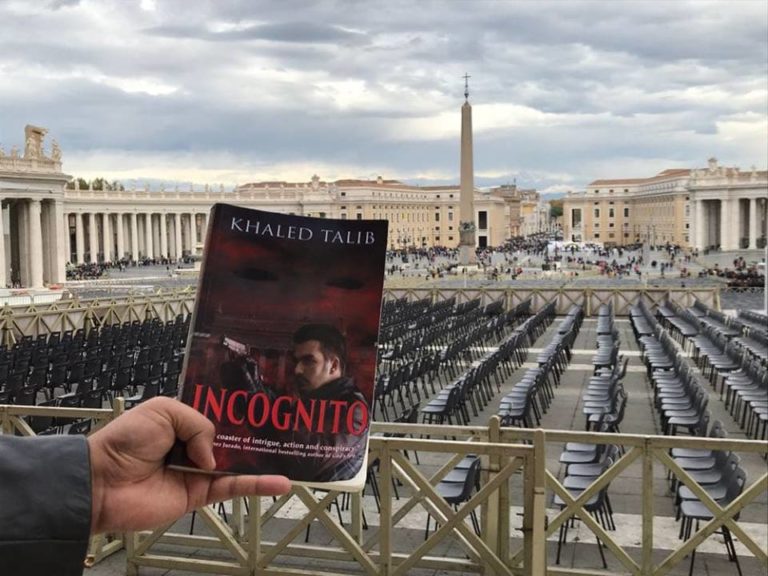 This second book in The World of Shadows has a somewhat slower build than the first book, but that doesn't make it any less compelling. As Arthur and Niccolo search for the Bishop, they must also learn to trust each other. Niccolo soon finds that his naiveté about the world and the evils that lurk may either be his undoing or push him to lengths he never believed possible, while Arthur learns that his resolve to do things differently may not be so easy to accomplish. The story builds in suspense as well as action as our heroes uncover the Bishop's terrifying plans. With a heart-pounding conclusion unveiling a plot that is the stuff nightmares are made of, The Vatican Children is a solid addition to the series and has this reader anxiously awaiting what comes next.

As the World of Shadows is an ongoing story, I highly recommend reading The Everett Exorcism before starting this one. The series is wonderfully written and impossible to put down from the very first page. I'm a little wary of multi-author narratives in print, which is a little goofy, considering that this is basically how all television is scripted. I love me some television, but, of course, it must be said that the strength of the singular vision -- the showrunner or creator -- is a huge factor in whether any given show is successful. (Successful to me, anyway; I'm not talking folding green. That's a whole other thing.) But I've been burned with uneven and unsatisfying multi-author novels before, so. I picked this is up because I've been slow-burning my way through Max Gladstone's Craft sequence. Maybe his name is top of the marquee because he's the best known of the writers, but I suspect not. This has his fingermarks on it, narratively speaking -- from the baroque murder mystery plotting to the strange other gods and devils.

But even if Gladstone wasn't the showrunner, if you will, whoever it was did an excellent job. I greatly enjoyed Bookburners, even despite my prejudice.. I felt like it overcame the lumpiness of multi-author novels I've read through what must have been good editorial control, which nevertheless allowed the individual writers to show off their specific style. Each section is episodic like television, with a mini-arc that has its own satisfaction. Sometimes the episodes were more mythology heavy, and that's fun too. The possibilities of the premise are no where near exhausted by the end, which is also a plus, given how many television shows / series / trilogies / whatever should be strangled after the first outing. How many Matrix movies are there, for example? Want to talk about season 2 of Heroes? or Lost?

Anyway, much fun was had by me.

Bouquets and Brickbats for Incognito by InD'tale.

I love Mafia books, especially true crime ones. This was the fascinating tale of Det. Joseph Coffey tireless effort to bring down the mob and the men who were laundering millions of dollars worth of phony securities. A conspiracy that stretched to D.C, Rome and the Vatican.

Even though you get a TON of names and information thrown at you (which was confusing at times) I still found this to be a really enjoyable read. It's well written and well paced.

4 Solid Stars from yours truly...