A powerful god, a magical tattoo and a rebellious teenager. What could possibly go wrong?

Christian, an unruly English teenager, stumbles onto a mysterious tattoo parlor. Possessed by the Rune God, Hagalaz, he becomes immortal, gifted with magical powers which allow him to harness the forces of nature.

Only problem? Hagalaz God of Disruption, is intent on making Christian’s life a living hell.

Oh, and did I mention the Settlers, a mysterious group with a dark and devastating secret?

It is up to Christian and his new Tribe of four, each gifted with their own celestial passenger, to uncover that secret.

But nothing is what it seems, and it will take much more than the powers of a few long-forgotten gods to stop the impending global disaster that threatens to destroy everyone and everything in its path.


Goodreads / Amazon
—
EXCERPT
“Oh hell!”
My hands were glowing blue-white, and sparks were shooting out of my fingers. I moved them away from my sides, which turned out to be a bad idea, because forks of lightning shot out of them hitting the street below.
‘Stop!’ yelled Ben and I turned to look at him. He’d climbed off the ledge and was clinging to a drain pipe attached to the side of the building. The wind whipped at his shirt and almost tore it off his body.
‘I’m trying!’ I shouted back as more lightning flared out of my fingertips and crashed to the street below, tearing up pavement like paper. So far I hadn’t hit anyone, but it was just a matter of time as lightning was firing off left and right.
Hagalaz was really getting into his stride. I had to do something, but what?

In 2008 Jobie joined a writers' collective, Café Three Zero and contributed short stories to their published anthologies Tales from the Cafe and Red.

She is currently working on a couple of prequel novellas to her Tribe series and is planning on starting to write the next instalment of the Tribe series this Summer.

Jobie lives near London with her husband and their two rescue dogs Lori (the Greyhound) and Monty (the Podenco). She says, "I'm vegan, I'm a biker, but the thing I love most of all is writing down the stories my characters whisper to me while I'm asleep." 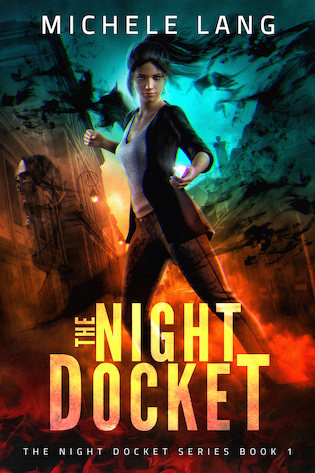 “Lang is a writer to watch and is sure to have wide appeal to fans of Jim Butcher, Kat Richardson, and other urban fantasy A-listers.” -Booklist

“Michele Lang is a talented writer and gifted storyteller…one of the leading voices in historical urban fantasy.” — D.B. Jackson, author of THIEFTAKER

When you do your part to kill a necromancer, death isn’t the final goodbye.

Instead, it’s more like pouring gasoline on a dumpster fire…

By day, solo street lawyer Nicole Farmer represents the down and out in the tough town of Amistad, Connecticut. Bankruptcies, divorces, criminal defense, foreclosures…Nicole’s clients are the hardest-luck cases in a hard-luck rustbelt city.

Fighting the good fight, Nicole has to hustle just to make a living. And by night, unquiet spirits call to her on the dream plane, seeking revenge and healing…and demanding that she solve the coldest cases of all.

Powered by coffee and a sparkly pink cell phone with uncanny mojo, Nicole was made for trouble and badassery. But even she can’t go 24/7 without a break. Sooner or later, she knows she will crack.

Everything changes when Evangeline, the spirit of a murdered young woman, invades Nicole’s dreams. Her killer, a power-hungry and psychopathic warlock, wants to strike again.

Attacked by enemies living and undead, Nicole must face her own past, call in all her favors, and find a way to achieve cosmic justice — without losing her own life and soul…

You will love Michele’s new contemporary urban fantasy series! Read it now, and instantly disappear into the otherworldly, dangerous landscape of Amistad and the Afterworld. Michele Lang writes fantasy, science fiction, crime, and romance, as well as non-fiction. Her Lady Lazarus WWII historical fantasy series was published by Tor Books, and her short fiction has been published by DAW, PM Press, and WMG Press, among others. Her story "Sucker's Game" was included in the Anthony Award-nominated anthology, Jewish Noir.

Michele is a recovering lawyer who has practiced the unholy craft of litigation in both New York and Connecticut. She returned to her native New York shortly before 9/11, and now lives in a small town on the North Shore of Long Island with her husband, her sons, and a rotating menagerie of cats, hermit crabs, and butterflies. 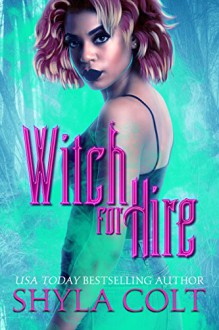