Log in with Facebook
or
Wrong email address or username
Sign up
Already on BookLikes? Log in!
Incorrect verification code
Please, check your email, the code to access your BookLikes blog was sent to you already.
Enter code:
« Back Send
back to top
Search tags: Steampunk

Gearheart by Maia Strong
My rating: 4 of 5 stars

I have been a huge fan of Steampunk forever so when I saw there was an lgbtq book I jumped at the chance to read it. I wasn't disappointed.

The story was a good one, the world building was phenomenal. I loved the re-imagining of the world and North American maps. And being a Canadian I loved seeing Canada represented ;-)

The main characters were believable and I felt for them. The tertiary characters were delightful, the villain was a perfectly horrible person. The book itself was a slow build, something that sometimes made it seem to slow the whole book down, but all in all it was a good, solid read.

The plot was engaging, the ending was a happily ever after on multiple fronts. All in all, a thoroughly enjoyable read. 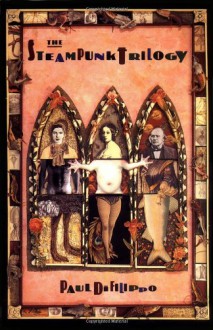