Log in with Facebook
or
Wrong email address or username
Sign up
Already on BookLikes? Log in!
Incorrect verification code
Please, check your email, the code to access your BookLikes blog was sent to you already.
Enter code:
« Back Send
back to top
Search tags: book-clubs

My mom and I were talking about her library. She's scheduled for about 16 hours at the physical library next week, but she's still expected to work a full 40 hours, so a lot of the extra hours are going to be taken up by online trainings. She's also moving the crochet group she's in charge of online. While talking about that, she mentioned offhand that the Mystery Book Club would be having their first virtual meeting in a couple weeks. I half-jokingly said I wish I could join, and she said "Hey, why not?" It hadn't occurred to me that, with so many public library events and groups moving online, it might be possible for me to take part in something not affiliated with my local public library, which only has the one book club and which doesn't currently have plans to do that virtually.

I mean, my reading speed hasn't been great lately, but goodness knows that not everyone at book club meetings actually manages to finish the books. My mom said that the Mystery Book Club at her library is currently letting members read literally any mystery for the next meeting, but that they usually read according to subgenres. For example, one meeting might be devoted to cozy mysteries, with everybody reading whatever cozy mystery interests them. That's extremely appealing, compared to how my local book club does things.

I don't know that I'll be able to participate in this particular book club (the only mention of book clubs I've been able to find on their site says they meet Tuesdays at what would be 4-5 PM my time), but now I'm thinking it might be a good idea to browse the websites of some of the bigger public libraries in my state, to see what they're doing... 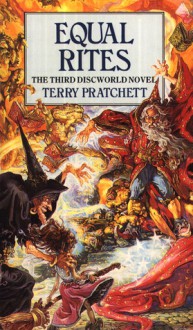 And they're both the fault of your host -- i.e., yours truly.

First of all, I totally missed the start date of our present group read -- Equal Rites -- which was on February 1.  I'm not sure how many of us will want to (re)read this one as it's not a general favourite, but anyway ... there we are.  The discussion thread is HERE

... which swiftly takes us to snafu no. 2, which is the decidedly bigger one:

Somehow, when creating the Discworld group last year, I totally missed the fact that you only get both a book club and a discussion group linked with it (i.e., the combination of both the club and group features) if you create the club first -- which will then have a discussion group auto-attached to it.  If, as I did, you create the the group first, it will not have a club (with its handy reading schedule feature) attached to it ... nor can you combine it with a club if you create one later.

I discovered all this -- you guessed it -- when creating a Discworld book club AFTER we had already gotten the Discworld discussion group up and running.  At first I thought oh well, let's just forget about the club feature (also, RL seriously got in the way in the interim), but as some of the Discworld group members have since found the club and have already signed up for membership, I hereby officially give you

with its very own attendant and brand new

(For purposes of clarity: This is the NEW group auto-created by the system when I created the book club page.)

As it's really very handy to have the combined book club and discussion group features, I suggest we continue using the new discussion group henceforth -- I'll post a message corresponding with this one in the old group, too.

So, if you are / were a member of the old Discworld discussion group but haven't signed up for membership with the new Discworld Book Club yet, you may want to do so now.

Also: Once I've posted the message in the old Discworld group, I'll start transferring our old posts and discussions from that group to the new group.  So if you're already a member of the new club (+ group) and see lots of notifications for me having posted something in the new group, please disregard -- this is just me replicating the discussions we already had.  (I may not do all of them, but I at least want to copy the essentials across.) 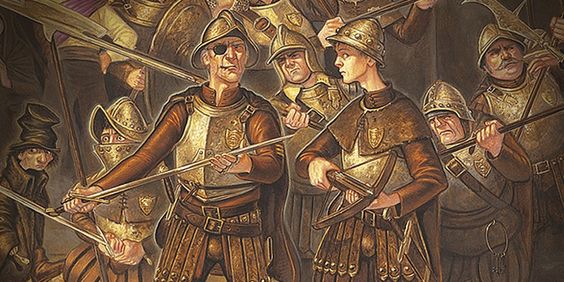 Did someone say "Discworld Book Club"? 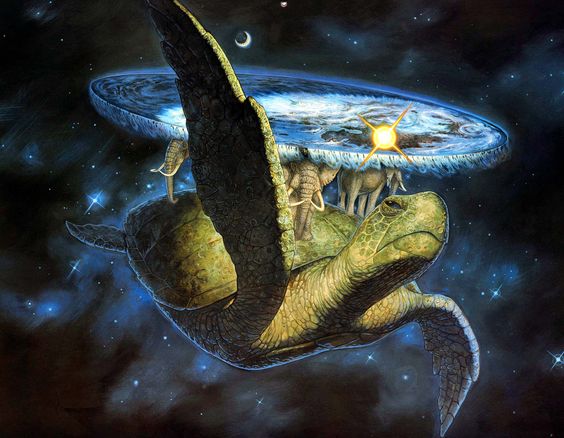 “How do you know?” Rien was surprised to hear her own voice sound so strong. It was, of course, an illusion.

“Cat hasn’t spoken to me in fifteen years,” he said. “A little thing like the end of the world wouldn’t change that.”

Reading this precursor to catchup before starting Chill , this month's read for booklikes book club "Virtual Speculation" if anyone cares to join in at http://booklikes.com/book-clubs/50/virtual-speculation

The Jacob's Ladder Trilogy in order: So, this finally came through the library waitlist.

I actually wanted to read it for the booklikes book club The Flat Book Society but looks like that ended January 31 with their next book not starting until next month.

Oh well.  Still want to read it because the posts and discussions made it sound interesting.  I still have other library books and borrows due back soon that will be read first.  And I'll likely read this nonfiction book in chapters/pieces to better digest.

The next bookclub read in March will be:  I Contain Multitudes: The Microbes Within Us and a Grander View of Life - Ed Yong