Log in with Facebook
or
Wrong email address or username
Sign up
Already on BookLikes? Log in!
Incorrect verification code
Please, check your email, the code to access your BookLikes blog was sent to you already.
Enter code:
« Back Send
back to top
Search tags: br-with-cinna 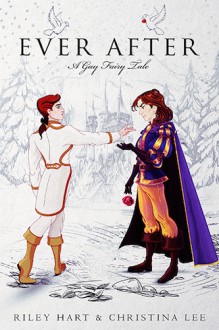 Overall this was quite lovely and I adored both Merrick and Cas. Their relationship developed quite beautifully and the scene at the Inn was easily my favorite. Such touching and sweet moments.

The addition of cars threw me for a loop though. I get I propably wasn't to take anything to literally as this was a fairy tale in the true sense but these cars felt sooo out of place in the world created here. Plus who doesn't love a good carriage ride.

This for me had zero angst which I appreciated considering I saw some comments that made this out to be an angst filled nightmare. For me this had some fantastic sexual tension with a HEA you knew was in the horizon. 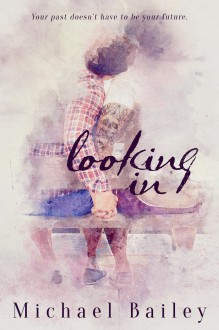 This will likely be one of the most difficult reviews I have written…at least in the top 3.  But one I feel important to write.  There is absolutely no doubt that for a debut novel this one was one I wanted desperately to love.  And while there is undoubtedly talent to this Author, regretfully this one fell short for me.

He turned from me and looked down to where I still held his hand. Again, he whispered, “Then why am I always alone?”

The sadness in his voice cut me to the core. I didn’t want it to be there. I wanted to take that pain from him, erase it, make it disappear.

I let go of his hand and placed it on his cheek, gently turning him to face me again. “Because you were waiting for me, and just didn’t know it. Just as I’ve been waiting for you. You’re not alone. You’ll never be alone again.”

Beautiful  writing.  Beautiful writing indeed. So don’t for a minute believe that I have any doubts as to this Author’s potential. It is great.  And yet what this Author seems to be lacking is structure and organization.  What this Author seems to need is a mentor who can help guide this talent on its path to greatness.  I want this for him…because, as I said, he has what it takes to be great.

Now a writer I am not.  But I am a designer.  Am I a great designer? No.  Do I need critique and the ability to bounce ideas off others.  Absolutely.  And finding this critique is likely better coming from a wide range of sources.  For example if I am designing a school, I need critique not only from other Architects, but teachers, students, parents, janitors, etc.  People to look at my design from all aspects.  If I have looked at my design too long, I can become blind and can many times not see what is right in front of me.  Plus my design can become too personal.  It is my baby. I have poured my heart into it.  So it is hard to accept critique.  But if I am to learn and get better it is a critical part to the process of improving my art.

So for me, this book lacked that critique from all angles.  This book has the bones.  It has the potential.  And there were scenes so beautifully written that I felt the love.  The scene with Greg and David was absolutely my favorite.  The first kiss and first sexual encounter between David and Adam was beautifully captured.  Tender and lovely.  But there was way too much going on and too many holes left unfilled that at the end of the book just become frustrating for me as a reader.  And writing dual POV only to play some scenes from both POVs becomes repetitive, regardless of the different emotions felt.  Much of the internal dialogues throughout became repetitive as well to the point that I felt I was being drilled with details like I had a memory issue.

Lucas.  This character was completely unnecessary as was this storyline.  We missed all interactions between him and Adam regarding the comic books.  We lacked their connection, something I am sure could have been beautiful.  And I am not a doctor nor do I have children with leukemia, but can a child begin treatment and within 2 months be in remission??  And where the hell was this boy’s mother?  Just many doors opened for this storyline that wrapped up in a single sentence at 95% or had holes left unfilled.

Adam.  A veteran with 4 tours of duty in Afghanistan, and yet other than knowing this and him having a brother he loves, I really know very little about him. A tattoo of such beauty is mentioned early on and yet we never got any details as to the meaning behind it.  He is a protective and loving person and yet we got very few heart to heart moments between him and his brother and nephew. Many moments lost here to help show the heart of this man.

Greg.  I loved this character to pieces and as I stated above the exchange between him and David was perfect.  Yet to learn that this man has a brother that has he never tried to track down?  Ugh. Really?  Perhaps this opened a door to a future novel and Michael will take on this challenge next.  I can only hope.

David’s Dad.  This storyline became frustrating for me as a reader.  We knew early on that this man’s release from prison was going to take an emotional toll on David.  That he feared this man and his past.  And yet instances of lights being on which later go unacknowledged; David pondering who could have called him at work built suspense that never went anywhere; and then David wondering for paragraphs who could have been in his apartment.  Ummm.  We all knew and yet he needed to ponder something that so clearly was his biggest fear.

David's Mother.  I hope this woman is enjoying hell.  What she did was inexcusable.

And finally, David.  I fell hard for this sweet guy.  But at a certain point I become aggravated.  I mean what could you have possibly done??  This is so drawn out that you just feel it should be something really terrible and yet when it is finally revealed, it didn’t hold the impact it should have.  I think if more had been told earlier, it would have helped me understand this character on another level.  Instead I just began to pull away and lose the connection I had to him.

Maybe I am being over critical.  But as a reader too many things just felt off.  Felt disjointed.  I mean I loved these two guys and felt the heart the Author poured into them.  But much of becoming a successful author is about not only writing great scenes but learning to weave that writing into a compelling and telling story. And when storylines get introduced, even side ones, they must be seen through completely.

Again, I have ZERO doubts as to this Author’s abilities and I see this first novel as a stepping stone to greatness.  He just needs to learn to structure these scenes and moments in a way that can bring those beautiful words into a cohesive story.  I look forward to seeing more from this Author and how he continues to grow in his talent. One of the critics quoted in this edition called Cinna the quintessential royal play; I can see that point of view. Certainly Augustus, dominating the second half of the play, fits to a tee what the French of the 17th century considered awe-inspiring about their kings. Supposedly, there is a debate going on in this play between republicanism and monarchy, but it is a stacked debate; the republicans are not allowed to present their best arguments, and when the monarchists contradict them, they concede their point.

There is considerable dramatic interest, nonetheless, in the first four acts; the characters, divided in mind and duplicitous in speech, rarely say anything without double meaning. Emilia is one of the most straightforward characters, she is only divided between wanting to shelter her beloved Cinna on the one hand, and wanting to make him the instrument of her unfinished vengeance on the other. This is the setup for a tragedy in the real sense, since she is greatly relieved when the plot is uncovered: now she can follow her love by dying with Cinna and also say that she never turned back from vengeance. So she's hugely frustrated when Augustus pardons the two of them. It ought to drive her to a final destruction; but Corneille instead chooses to pull out a "happy ending". This ending undermines all the drama of the play, as well as being unbelievable. Emilia accepts the pardon and is reconciled, saying that it must be a miracle that's taken place in her heart -- indeed, that's probably what Corneille intends it to be, since he's been harping on all along about kings being appointed by God. Perhaps the audiences of the time found that wrapping it up with all the conspirators happily acknowledging Augustus's divine reign was very satisfying because it suited their sense of the rightness of things, but to me it seems very forced.
Like Reblog Comment

Full Disclosure: I am a good friend of the author, with whom I endured graduate school at UCLA.

That said, this book remains a good, solid reappraisal of those final decades of the Roman Republic just prior to Julius Caesar's rise to power. It's definitely not for the general reader - it's my friend's PhD thesis and, thus, assumes a knowledge of late Republican history and languages both ancient and modern that would daunt all but the specialist.
More posts
Your Dashboard view:
All Reviews Text Photo Quote Video URL Activities
Liked posts Top Tags
Press About Terms of Services Privacy Policy Contact Us Blog FAQ Patronaty medialne BookLikes for Authors Partners panel more...
Team Themes Docs API Blogs
Copyright © 2020 BookLikes