Log in with Facebook
or
Wrong email address or username
Sign up
Already on BookLikes? Log in!
Incorrect verification code
Please, check your email, the code to access your BookLikes blog was sent to you already.
Enter code:
« Back Send
back to top
Search tags: buddyread

2
review 2019-05-25 22:06
Story about two teen boys surviving a life of poverty, abuse, and neglect is depressing and eye-opening; friendship and the subject of the death-penalty make it emotional 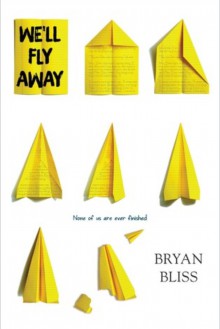 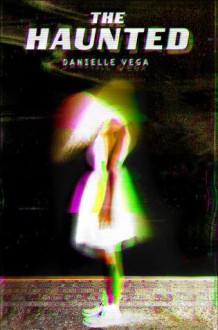 Hendricks is undoubtedly living in the house of many a person’s nightmares, and at least one little girl’s death, and as the new girl in town, she seems to be finding this out gradually through her friends at school. Steele House doesn't seem to be an ordinary house by any measure, and not only is it hiding a dark secret, so is Hendricks, one that sent her family packing from Philadelphia and to this tiny town of Drearford.

Once her family moves into Steele House, which is being renovated, she finds a new group of friends right away (to her surprise). Hendricks begins to craft a new social life out for herself, involving both the popular guy at school, but also the boy next door, who is also the brother of the little girl who died. She soon finds there are new and far more powerful ghosts than the ones in her past that she has to deal with.

This is a pretty basic horror novel, a classic haunting tale that author Danielle Vega has written for teens, and it's perfect for those who might be somewhat cautious about stepping into the genre.

The main character Hendricks embodies all those insecurities and anxieties felt when starting at a new high school and she has a lot of baggage from her past, the very reason the family has had to move. I appreciated these parts about the story, as well as the very real conflict she has with whether she should fall in with cliques at school, but because they couldn't be dealt with very deeply that conversely also frustrated me a bit. The parents also happen to be totally absent from Hendricks' world most of the time, which is pretty convenient (and actually pretty irresponsible).

As far as the very descriptive scenes that involve the haunted Steele House, these are vivid and full of horrible paranormal evil that will conjure up images that will stick with you. There's also a very deep-seated reason for the evil that resides in the house and it's actually very sad. I appreciate that Vega tied the narrative together at the end, even though it was quite an abrupt ending.

As an author, I think she has great instincts for what works well to both scare and satisfy, understanding that real life is a bit messy and not perfect. It's kind of why the ending left me with a punch to the gut.

I read a lot of horror fiction and love a great scare, so I love finding creepy books that suck me in; this is a quick YA 'haunted house' read, perfect for a spooky weekend.

*I also would have fallen victim to Steele house myself thanks to the cat at the beginning that draws little Meredith into the basement (even though everyone should know the first rule in horror is ‘don’t go into the basement’). But…kitty!!!! 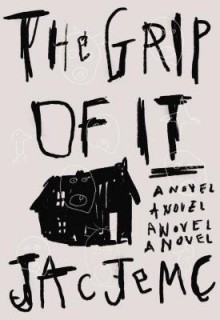 This book was a pick for my Litsy horror postal book club, and the second in a row that had the theme of a haunted house (this came on the back of the classic 'The Haunting of Hill House', which almost isn't fair, since that book is so well-known, and it was hard not to think of it).
'The Grip of It' was on my radar for a while after I noticed its cover, which is covered in the 'drawings' that show up mysteriously inside the house that the young couple, Julie and James, buy when they move to a small town outside of the city. There are lots of things that mysteriously go on inside the house (or do they?), after they move in, and the couple learns of the family that used to live there (or was it next door?), and they have so many questions that they start to run together...and largely are unanswered. ALL the way through to the end of the book. That was ultimately my biggest problem with 'The Grip of It': not ever feeling like questions were answered. The two main characters were also so similar (and weak, in my opinion), that their perspectives ran together, so the storytelling device of different chapters being their alternating different voices was ineffective. Whether or not this was intentional or not as a device to show that they were becoming of 'one mind' as the house took over, it was very confusing to read as the book continued.
I mostly enjoyed the literary prose and new approach to a 'horror' novel but occasionally I was a annoyed with the short sentences, which broke up some very beautiful writing, and very quotable prose.
And like most horror stories, the couple, Julie and James do frustratingly keep going back to this house that is obviously causing them to drift apart and for Julie to become ill (ergot poisoning? seizures?), yet the house sells quickly, so even though it seems that in general we have a no-nonsense 'literary' horror novel, we still have these silly tropes that don't make sense after all.
And what on earth happened to Rolf? ?
Still, I read this quickly, and it was a page-turner, it kept me engaged. It just could've been so much better.

2
review 2018-04-29 07:50
Heart-wrenching book about a young Lithuanian girl during WWII; describes a forgotten chapter we should not rush to forget 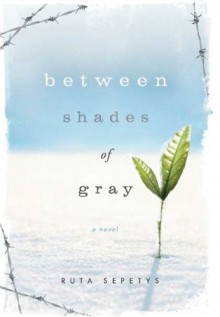 I read this as one of the picks for the Litsy (Team YA) Postal Book Club I am in, and am glad it was chosen, even though I often do not choose historical fiction much these days to read. Especially when I expect it to bring me to tears (or remind me how little I know about how the Soviets and Stalin played their dastardly part in WWII).

Given that this book is several years old now, has won countless awards, and it seems as though everyone else who reads YA has already read it, I barely need to say much about the premise.

Young Lina is deported by the Soviets from Lithuania, along with her brother and mother, but her father gets separated from them to elsewhere in Eastern Europe. The book tells of their long long train ride bringing them to outer Siberia and the horrific trials that her family and other deportees go through. They are emblematic of a past that has been covered up and forgotten among war stories, probably due to so many other horrors (particularly due to Hitler, the Nazis, and the Holocaust).

What Sepetys has written here though, is very relatable account, that I think many younger readers will be drawn to, and have been already; Lina develops a relationship with a teenage boy while deported, has the regular range of emotions you would expect from a teenager, and her love for her family, especially her missing Papa, is fierce.

And while I did not expect the full horrific descriptions I might see in an adult novel on this matter (for example, deaths, burials, etc.), there is enough here to make the reader feel angry, revolted, and incredibly heartbroken at many things that went on.

Since this novel is based on actual people and events (and Sepetys mentions the research and journeys she went on at the end), it is especially thought-provoking and meaningful. There were so very many people affected by the first and second world wars, particularly across Europe, I can hardly imagine how many individual stories like this exist. At least go and read one of them and remember what happened.

5
review 2018-04-19 22:10
A ghost story set in the Arctic landscape of fictional Gruhuken; the darkness and frigid cold alone are nightmarish enough! 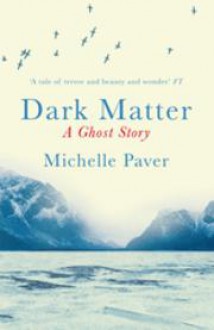 I’m now (finally) done with Dark Matter, my latest read for my #ScreamsByMail #HorrorPostalBookClub on Litsy. When I was actually reading it, it sped by, but I took a MASSIVE break in the middle of it because of animal death (yes, I know it’s par for the course in the Arctic circle but I couldn’t deal with it at the time). It reads as a journal, so it’s fast reading, but honestly being stuck on a polar ice cap in the dark sounds like a horror story to me anyway! I can’t think of anything more lonely or terrifying...
I was distracted for a good part of the book by the dogs’ well-being (the main character Jack luckily had huskies for company), as well as how animals are spoken about. This sort of thing trips me up in novels quite a bit (see above). It pulled me out of the actual story, and away from the ‘ghost story’.
Since we are writing in a journal (funnily enough) for the postal book club, and mailing that around too, I won’t write too much here. I will say though, that the writing by Michelle Paver is remarkable and fits very well with the time period and the character she writes for. I was very struck by this. She also obviously did extensive research into the area she writes about (although Gruhuken is fictional), and this is key to the effectiveness of the atmosphere of the novel. It will also ensure that you never, ever find me going near these parts. And it reminded me how much I hate the snow! 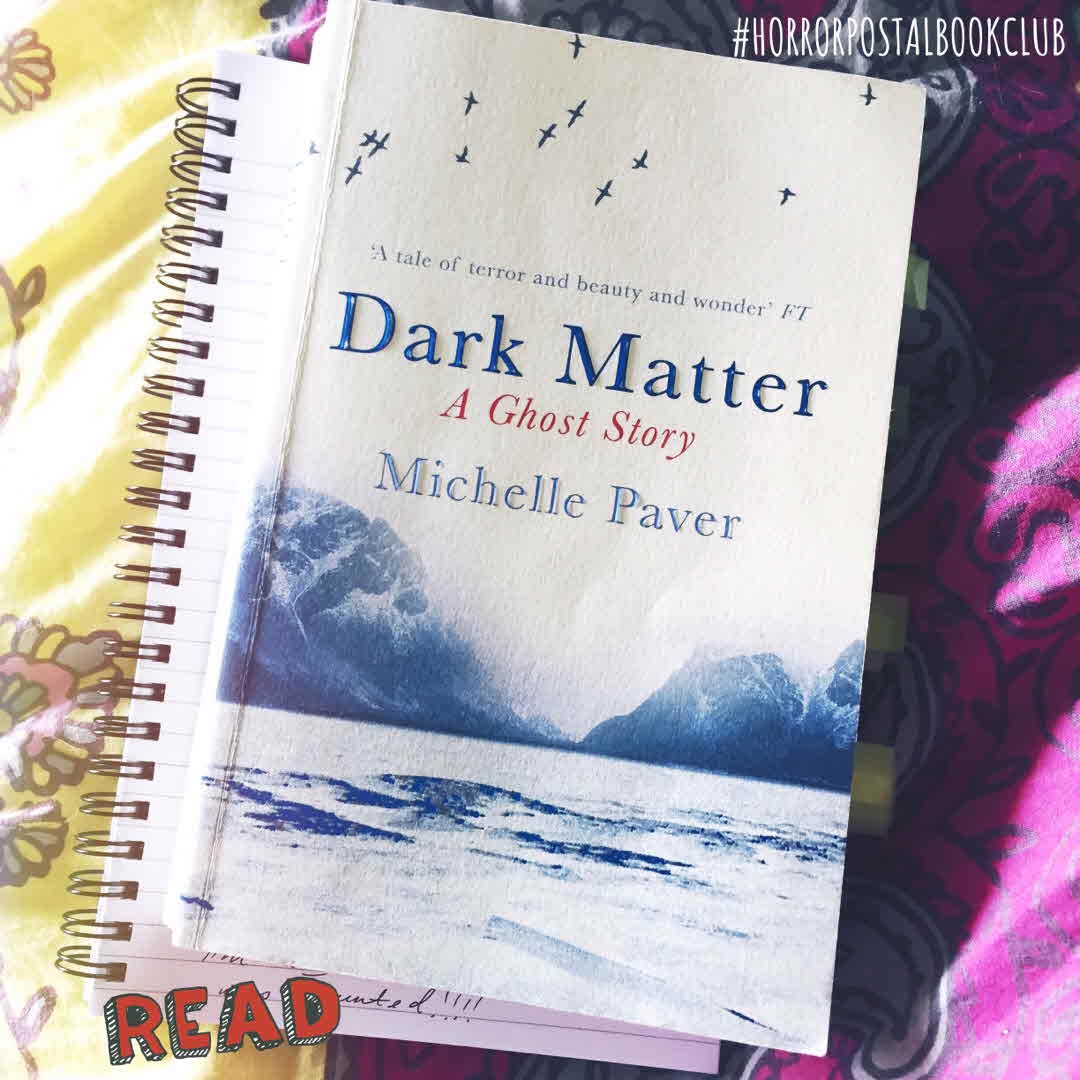