Log in with Facebook
or
Wrong email address or username
Sign up
Already on BookLikes? Log in!
Incorrect verification code
Please, check your email, the code to access your BookLikes blog was sent to you already.
Enter code:
« Back Send
back to top
Search tags: fiction Snow White has lived all her life hoping that someday she will find a way out of her evil stepmother’s clutches. Now it seems her dream of freedom is within her reach. But will she just extend her hand and take what’s hers? Or does fate intervene again, shattering all her hopes?
They call her the Evil Queen, but it’s not her fault that the mirror demands to be fed. She has tried her best to keep Snow safe. Unfortunately, she might not be able to help her wayward stepdaughter anymore. Things are rarely the way they seem. And Snow might have to learn this lesson the hard way.

999 Playing the Glass Bead Game with Pythagoras is A-Ma: Alchemy of Love & Tree of Life: a Journey into Field of Dreams combined!

"Seated on a panel with her fellow writers, Maltese-Serbian novelist Nataša Pantović has been known to use slam poetry to perform her poetic body of work. A bridge builder between East and West, following ancient archaeological findings, she often dives into historic settings more than 2,000 years back in time.
In her novel, Ama, the 52-year-old author makes a bold swerve into less-travelled territory. She chooses for her protagonists Ama, an African priestess, living in China’s Macao in the 17th century; Ruben, a Portuguese Jesuit priest; and Fr Benedict, an Orthodox Christian.
The book explores the rapidly-growing Macao, of the Age of Enlightenment.
Both Hesse and Tolstoy were my first spiritual gurus. Through their deep insights and soulful messages, for the first time I experienced the world of spiritual growth and deep contemplation. Many artists have inspired my writings, the likes of Leonardo da Vinci, Lao Tzu and Giordano Bruno. Pythagoras lived on the crossroads of civilisations, as I see us, and he has given us his fascinating research into music and numbers. With my deep respect towards ancient worlds, Pythagoras with his ancient Egyptian mystical knowledge had to be my protagonist.
In your novel, you follow the famous reform of the Chinese calendar during the 17th century?
I started writing this as a 17th-century novel. In this novel, it was easy to write from the point of view of the main character, a priest or Ama’s mother or a man without a name or a goddess, Lilith.
I wanted to bring in the many first-person singular voices, starting with an animal ‒ a bat, as a story-teller, moving to Pythagoras, to people who meet Ama within the setting of her coffee house. This narrative framework is 50 % inspired by the ‘=yin’ mindset; and 50%t factual, male and mind-driven.
What is it within this black main character that fascinates you so much?
Ama lived with me for 10 years before I knew I would adopt two kids from Ethiopia,
Was Athens black at the time of the ancient Greeks or was it full of Slavs that during the Dark Ages were not allowed to have their own European history?
All my characters do have strong political, ideological and moral commitments, their ideas are ground-breaking; it is a science against the Church, male against female, East against West conversation.
Holding up a mirror to society of ancient worlds can be fanatical or too obvious within the storytelling environment, so I had to break the rhythm with myths, with art, with dreams.
This novel is, of course, about the search for truth, but from the goddess perspective, about love and union, of the priestesses first commandment “Do not kill...”
In this novel you explore ‘Western’ ancient Greek philosophers. Can you talk about your use of the Eastern concept of ‘mindfulness?
There are a number of ‘instant happiness’ gurus out there, I do not believe in a ‘get rich in a day’ message, but I do believe that if we learn how to listen to our soul, we will be able to live our highest potential.
We live in a rapidly changing world. When I was born in Belgrade in 1968, at the time of no TV or internet, the population on the planet was three billion. Now they say it is seven billion.
The changes I have seen during my lifetime are huge. Emotionally, mentally and physically, we have to adopt different behaviour patterns, not just to survive, but to thrive without abusing other social groups or animals or endangering planet Earth.
The next stage, the stage of cultural life, is beyond the knowledge of more than 90 % of the population.
Having a % of population that neither collects objects nor watches TV, nor reads newspapers, that is still capable of thinking, un-hypnotised, to appreciate art, or dance or sing, iis a part of my research fascination."

"Seated on a panel with her fellow writers, Maltese-Serbian novelist Nataša Pantović has been known to use slam poetry to perform her poetic body of work.

Like her prose, the improvised words, tribal music, percussionist sounds, lengthy ‘aum’ chanting, are neither too preposterous nor too earnest but endlessly curious. A bridge builder between East and West, following ancient archaeological findings, she often dives into historic settings more than 2,000 years back in time." Sunday Times

During the month of December for the occasion of #Christmas 2021, #NewYearsDay, we mark the festivals for 8 consecutive days for each book giving You a Gift of Awareness and #divine #consciousnesss #books at great prices!

We Started with Conscious Creativity: Ancient Europe's Mindfulness Meditations by Nataša Pantović - from 4th to 11th November: Reduced to a charitable contribution of = 0.99c

During the month of DECEMBER for 8 consecutive days, 160h each of the following book will be heavily reduced:

• Mindful Being Course by Nataša Pantović

• Spiritual Symbols with their Meanings by Nataša Pantović

* Metaphysics of Sound: In Search of the Name of God by Nataša Pantović.

* Chanting Mantras with the Best Chords by Goce Nikoloski

* A-Ma Alchemy of Love by by Nataša Pantović

* Tree of life: a Journey into the Field of Dreams by Nataša Pantović

The AoL Mindfulness Series of 9 fiction and non-fiction books by 7 authors focusing on creativity and Ancient Europe’s consciousness exploration. 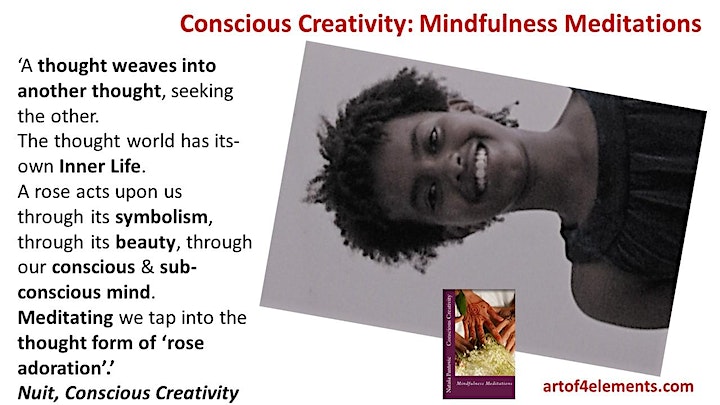 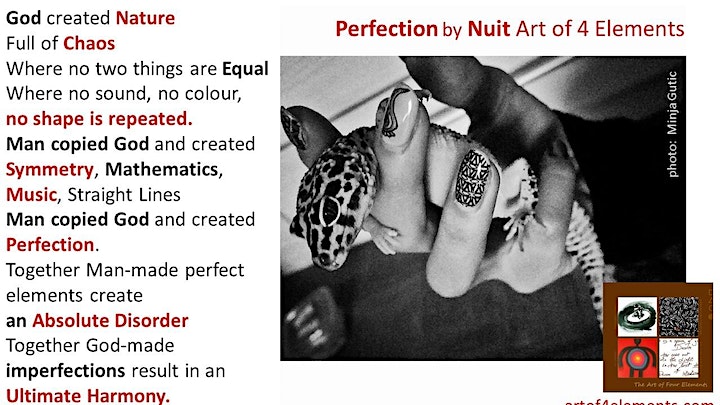 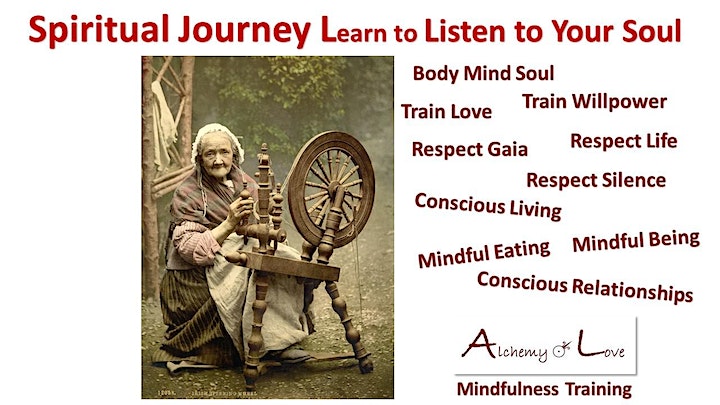 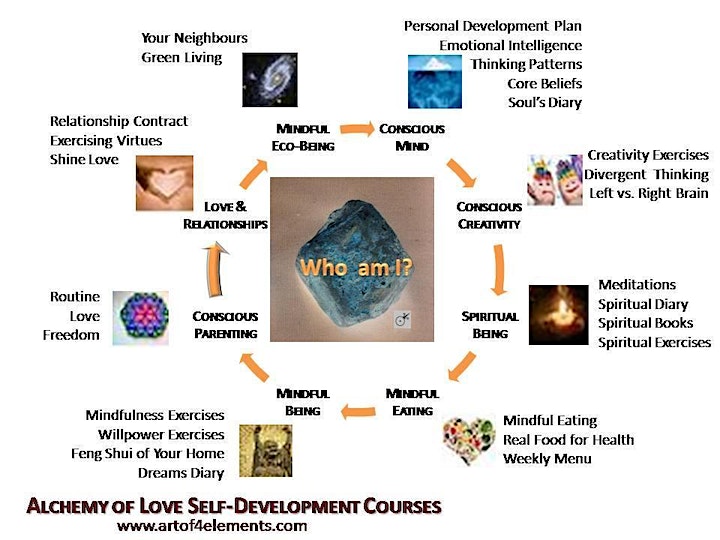 The Earth Fertility of old Europe

Ever since its first discovery in 1908 by the Serbian archaeologist Miloje Vasić, Vinča culture, a Neolithic settlement that spanned most of Serbia, parts of Romania, Bulgaria & Macedonia, has been of great interest to the lay public and scientists alike.

From Neolithic monuments to Roman Villas and prehistoric figurines the river basin of Danube (Serbia, Romania, Bulgaria) has proved rich for treasure hunters over the years

In 2005, Police in central Germany found the artifacts that date to the Neolithic period and are believed to belong to the Vinca, in a sports bag belonging to two Serbs. Last year, a 2,000 year old Roman monument weighing half a ton was stolen in 24 hours after the find. Such epigraphic monuments, stone monuments with Latin engraving text) are extremely rare in the world so the  value is extremely high.