Log in with Facebook
or
Wrong email address or username
Sign up
Already on BookLikes? Log in!
Incorrect verification code
Please, check your email, the code to access your BookLikes blog was sent to you already.
Enter code:
« Back Send
back to top
Search tags: fraudio Description: Harry Barnett is a middle-aged failure, leading a shabby existence in the shadow of a past disgrace, reduced to caretaking a friend's villa on the island of Rhodes and working in a bar to earn his keep. Then a guest at the villa - a young woman he had instantly and innocently warmed to - disappears on a mountain peak. Under suspicion of her murder, Harry stumbles on a set of photographs taken by Heather Mallender in the weeks before her disappearance. Desperately, obsessed by the mystery that has changed his life, he begins to trace back the movements and encounters that led to the moment when she vanished into the blue. The trail leads him back to England, to a world he thought he had left for ever, and at every step of the way a new and baffling light is shed on all the assumptions that have made Harry what he is...

From wiki: Into the Blue was adapted for television in 1997 and starred John Thaw in the lead role of Harry Barnett. Robert Goddard was not impressed with the adaptation. In an interview, he said "The TV version of Into the Blue was a travesty of the story I wrote and I am determined that any future adaptations should be more faithful to the original." 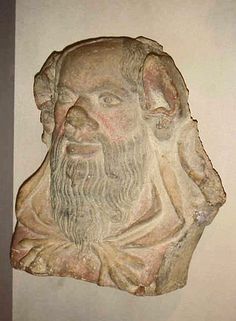 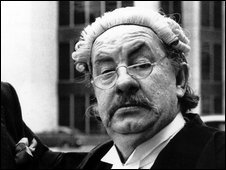 Some renditions of Silenus remind me of a certain Old Bailey hack.

Excellent suspense novel, it's not hard to see why Goddard is on my favourite authors list, and 'Into the Blue' stood up proud under re-visit scrutiny. 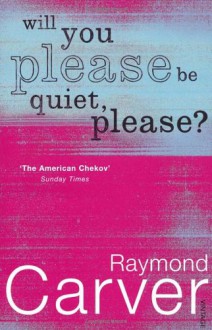 Description: With this, his first collection, Carver breathed new life into the short story. In the pared-down style that has since become his hallmark, Carver showed how humour and tragedy dwell in the hearts of ordinary people, and won a readership that grew with every subsequent brilliant collection of stories, poems and essays that appeared in the last eleven years of his life.

Had this onhold for so long that this visit is a complete reboot. Carver wrote as Hopper painted, maybe the connection is the diner, combined with spartanism, oh and voyeurism of course. 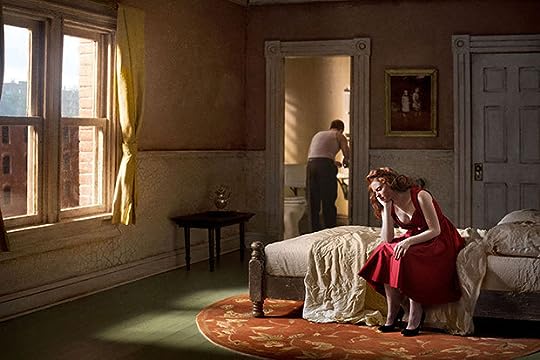 3* What We Talk About When We Talk About Love
3* Cathedral
TR Where I'm Calling From: New and Selected Stories
3* Will You Please Be Quiet, Please?
summer-2013 fraudio tbr-busting-2013 shortstory-shortstories-novellas published-1976 onhold
Like Reblog Comment
show activity (+) Episode One description: Lord Uhtred (Matthew Macfadyen), one of the more important earldormen of Northumbria, is killed and his 10-year old son, Uhtred, and a girl called Brida are taken as slaves by the Viking chief Earl Ragnar. The boy saves Ragnar's daughter Thyra from Sven, son of Kjartan, Ragnar's shipbuilder. Kjartan is banished and Sven is blinded in one eye. Uhtred and Brida are raised as Danes. In adulthood Uhtred and Brida see Earl Ragnar killed and Thyra taken by Kjartan and Sven. Uthred decides to embark on the task of regaining his lands from his uncle who is aligned with the Danes.

Episode two description: The death of Earl Ragnar and an English uprising in the North is blamed on Uhtred. Appealing his innocence to Ubba and Guthrum, Uhtred witnesses the death of the East Anglian King Edmund in the manner of a Christian saint. When his appeal is rejected Uthred and Brida flee to Winchester, capital of Wessex, the last surviving English kingdom. Alfred is wary of the pagan Uhtred and Brida and when Uhtred supplies information of an impeding Viking attack he advises King Aethelred to imprison them pending the outcome of the battle.

Episode 3: King Aethelred and Alfred win the battle but the king is mortally wounded, bequeathing his crown to Alfred rather than his own son. Uhtred and Brida are released and Alfred seeks a peace treaty with Guthrum and Ubba. Uhtred advises Alfred what the Danes fear and watches Alfred negotiate a peace to give Wessex time to prepare for future battles. Uhtred trains the Saxons after pledging his allegiance to Alfred for a year. Brida miscarries Uthred's child. Earl Ragnar's son, Ragnar the younger, appears. Realizing that Uhtred will not break his word to Alfred, she leaves with Ragnar.

Episode 4: In order to gain land and become an Ealdorman, Uhtred is persuaded by Alfred to marry Mildrith. Unbeknownst to Uhtred she bears the burden of her deceased father's debt, two thousand shillings, to the church. Uhtred realises he has been tricked. Despite this, love blossoms and Mildrith becomes pregnant. The Danes, under Guthrum and Ragnar the Younger, capture the fortified town of Wareham. During peace talks Uhtred and nine others including a priest are used in a hostage exchange with the Danes. He meets his brother Ragnar and Brida again. Meanwhile Mildrith gives birth to a son. When the peace collapses, with Ubba's imminent return from Ireland, the hostages are all killed except Uhtred who is allowed to leave after Ragnar's intervention. He spies a large Danish fleet, under Guthrum, and lights the first beacon warning Wessex of a new invasion.

Episode 5: The Danish fleet land in the south but lose many ships in a huge storm. Alfred goes south to defend against Guthrum and Uhtred joins the force led by Odda the Elder facing Ubba and the Danes at Cynwit on the Severn. Uhtred sneaks into the Danish camp and sets fire to some of their ships, causing confusion. But he is spotted and forced to fight Ubba to the death. He kills Ubba and Odda's forces arrive and defeat the Danes. But Odda is injured and, in Winchester, Odda the Younger persuades Alfred that the victory was his work. Uhtred objects and is humiliated by Alfred. Mildrith, Uhtred and their baby son (also Uhtred) return to their lands. Uhtred kills Oswald, the estate's steward, after realising that he has been cheating him.

Episode 6: Uhtred and Leofric leave Wessex with armed fighters dressed as Danes, to raid Cornwall and pay off Uhtred's debts. They are approached by Brother Asser, a monk. His king Peradur pays Uhtred and his band to attack a nearby fort held by Skorpa and his Danish warriors. Uhtred and Skorpa double-cross and kill Peradur and his men. Skorpa double-crosses Uhtred to take the king's treasure. But Peradur's pagan queen Iseult shows Uhtred the hidden treasure. Uhtred pays off his debt to the church with some of the plunder. Uhtred and Iseult arrive at Alfred's court, where Uhtred is accused in the Witan by Asser of raiding Cornish territory. Leofric, who is forced to testify against Uhtred, pleads with Alfred to resolve the dispute by fighting Uhtred to the death.

Episode 7: During Leofric and Uhtred's fight to the death, Guthrum's Danes attack. Uhtred, Leofric and Iseult rescue Hild and escape, hiding in the Somerset marshlands. There they discover Alfred, fleeing the Danes with his family. The king sends a message to Wulfhere, Beocca and Asser, who rally to him with their remaining forces. Iseult cures Alfred's sick son Edward, but warns that another child will die as a result. Skorpa's fleet of ships is moored elsewhere in the marshes. Uhtred and his men lure the guards into the deeper marshes, where they are killed and their ships set alight.

Episode 8: Wulfhere and his men desert Alfred to join Guthrum. Alfred and his remaining force journey to Odda in the hope of gathering an army. Uhtred discovers his son has died, fulfilling Iseult's prophecy. Iseult also reveals that Uhtred's sister Thyra is still alive. Alfred sends messages for loyal troops to gather at Egbert's Stone. Odda the Younger rejects Alfred's request for troops. Odda kills his son for his treason, and his men join Alfred and meet up with the other troops. Alfred's army defeats Guthrum, however Leofric and Iseult are both killed. Young Ragnar and Brida are taken as hostages to secure the new peace with the Danes, and Guthrum converts to Christianity having seen Alfred's victory as proof that his 'God is with him'. Uhtred, Hild, and Halig ride north to Bebbanburg.

The first series' storyline roughly covers the plot of the original two novels, The Last Kingdom and The Pale Horseman Read by Jamie Glover. First of four in a series.

They are called Vikings when at war, and Danes when they trade.

Normally I am disappointed when an audio book comes abridged but just sometimes that designation is quite alright. I have enjoyed this story immensely just as it has unfolded - it's fast, violent and sort of historically accurate.

Gratuitously violent? I hear you ask. Let me just say that neither Cornwell nor the Vikings were  renowned for their stamp-collecting skills. 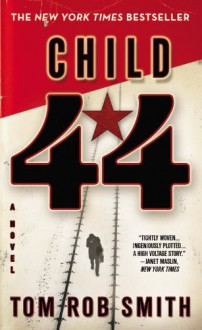 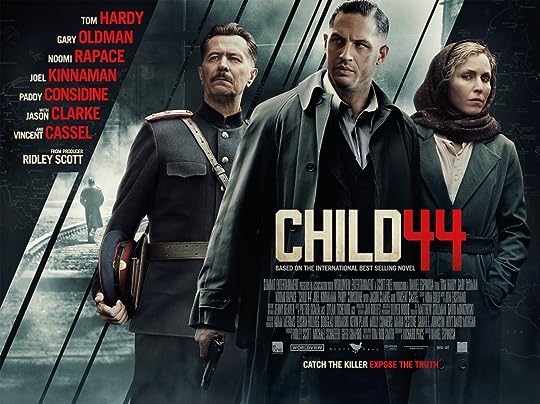 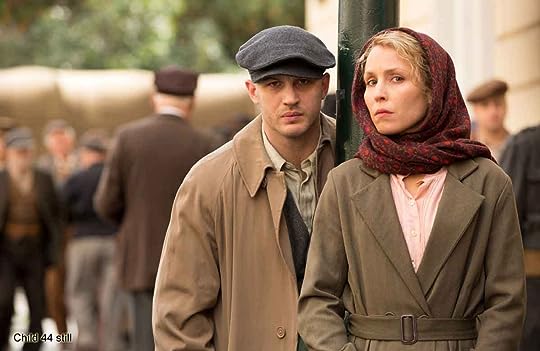 Had binned this but after such glowing reviews by trusted friends it went back on the shelves. 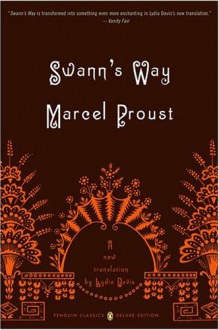 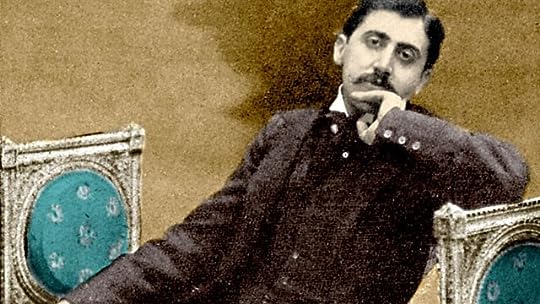 Revisiting, via BBC R4x, all the books in remembrance.