Log in with Facebook
or
Wrong email address or username
Sign up
Already on BookLikes? Log in!
Incorrect verification code
Please, check your email, the code to access your BookLikes blog was sent to you already.
Enter code:
« Back Send
back to top
Search tags: gmb-diversity 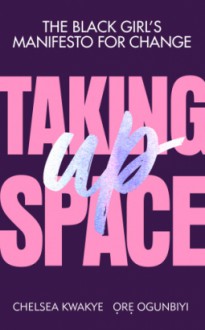 by Chelsea Kwakye and Ore Ogunbiyi

It starts with a list of names of women and their accomplishments, who are the women they interviewed for the book to portray experience beyond just the two authors. The authors then explain a little about their respective backgrounds and how they came to be accepted in a Cambridge university.

The intent of the book is to shed light on the experience of what it's like to be a black woman in a traditionally white male setting. They include people who identify as non-binary, which made me wonder, why not black males? Surely they would share many of the experiences of racism and cultural division? This is actually addressed later in the book.

I chose to read this book because although I grew up in a multi-cultural city and have always had friends of whatever race they happen to be, including mixed, I know enough to know that I can never really know their experience. Reading their stories is as close as I can get to understanding.

This book is brilliantly written in that it relates those experiences without the sort of anger often expressed around racism. The authors let you get inside their heads and see through their eyes in a sort of memoir style, opening up their emotions for the readers in a way I found very brave.

The irony is that what made me feel a separation from these women wasn't race, but their ability to get into a top university. I appreciated how hard they must have worked to get those top grades that made it possible. Suddenly my own school career looks like a wasted opportunity. The stress of dealing with university pressure sounded like a nightmare, but add to it that they felt out of place and had no choice but to continually define themselves by their race and feelings of impostor syndrome.

It was interesting to read why they felt compelled to participate in activism and why they sought out others of their race for a support system, even when they didn't always like the individuals. It explained why in school I noticed that people I was friendly with in classes spent their break times among other black groups rather than mixing in more.

I think this book would be a real benefit to any young black girl in school with aspirations to go to a good university as it encourages them to see that it can be accomplished and where the pitfalls can be found, but I also think the book is useful to anyone of any age or race for the perspective it brings. 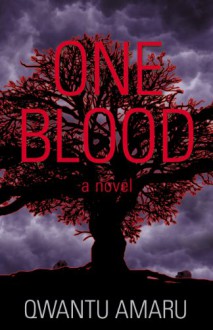 Randy Lafitte blamed his father for his mother's death in a car crash and as a young man, went to a voodoo priestess to exact his revenge. He then grew up to be governor of Louisiana, but when his spoiled daughter gets kidnapped, some of the lessons of his early life in New Orleans come back to haunt him.

Politics and voodoo make for an interesting backdrop to this story about family, betrayal and a voodoo curse. My only issue is that there are a lot of flashbacks, which make it hard to stay connected to the story. I felt that some plot threads didn't get followed up and there was a loss of linearity through jumping around too much in time.

It was interesting to see certain aspects of a subculture written by someone of the race depicted. I don't know the author's history or whether he might have any real experience with Voodoo, politics or gang culture, but apart from the kidnapped girl's reactions to some things, it seemed to lend some credibility.

It was an interesting read despite all the jumping around in time and gave me some mental exercise trying to work out who was on what side at various points. There was plenty of action, guns, explosions, all the things that make for good action films. Believability of the more esoteric plot points waned considerably by the end, but that's always a risk with any story involving magic. 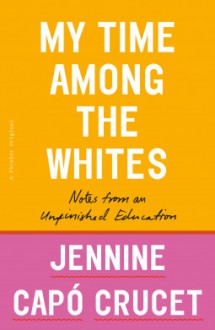 I found this one very autobiographical. Certainly it was meant to be an account of the author's experience as a Cuban-American, but my first impression was that it was very insular, as if she didn't really engage with the world outside of her own bubble.

As it went along, there were some insights of what it's like to be a non-white American, specifically Cuban. I found her experiences of Disney parks very interesting and her wedding planning made me want to slap her mother, while what she did in her later apartment when the sound of receptions of other people's weddings blasted through the walls was highly amusing.

While it follows the experiences of just one woman, through college, through marriage and through a holiday at a ranch in Nebraska where she was subjected to Fox news and racist comments from the owner who perceived her as white, it provides a window into how these experiences are seen by a Cuban American from Miami.

I also enjoyed reading about the Miami attitude towards hurricanes, which I found similar to that of Californians about earthquakes. An interesting fly-on-the-wall look into a world far removed from my own experiences. 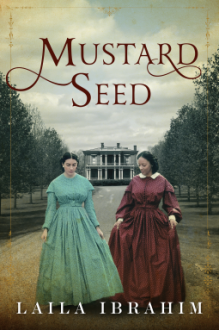 This is a sequel to Yellow Crocus. The fact that I read it right away after the first book says something about how captivated I was by the story. Yellow Crocus took place before the American Civil War. This one takes place just after. People who were children or babies in the first book have grown up into young adults. Slaves have been freed, at least in law.

Between the two books, I've learned two things about this period of history that I didn't know before. Originally, slaves were to work a set amount of time and then 'earn' their freedom. That law was changed so the land owners could make better profits. Sounds like things are very much the same in government then as now!

The other thing is that the thirteenth amendment didn't make a lot of difference to many 'former' slaves lives. I knew that many had nowhere to go and continued to work for their former masters. I knew that attitudes don't change overnight. What I learned from this book was that former slaves could be charged with vagrancy if they couldn't prove they were employed and leased out to work on the plantations, as if nothing had changed.

There's no candy coating in either of the books. The horrors of having children taken away and being treated like abused animals is brought home in the stories of people's lives. The 'N' word is used where historically accurate. But the main characters include white people too, some who are a product of their entitled environment and then there's Lisbeth, who rejects that attitude, having been effectively brought up by her black nurse and recognising the wrongs in how slaves were treated.

Both of these books had me putting aside all my other reads to see what happened. The writing wasn't quite as good in this one as the first one, but it still held my interest more than most books. Very highly recommended. 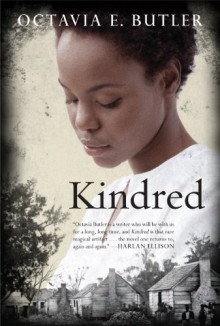 I don't read a lot of sci-fi, but I'm trying to stretch myself this year. Kindred isn't as sci-fi as I expected, which possibly added to my enjoyment. I wasn't planning on starting the book until this month, but since it took me so long to read The Warmth of Other Suns I thought I should start early. I finished in three days. The ending was a little abrupt, and I wanted a little more time with some of the characters, but other than that the book is very good. Butler writes about horrifying material in a way that is both readable and non-desensitizing.