Log in with Facebook
or
Wrong email address or username
Sign up
Already on BookLikes? Log in!
Incorrect verification code
Please, check your email, the code to access your BookLikes blog was sent to you already.
Enter code:
« Back Send
back to top
Search tags: guardians-of-childhood 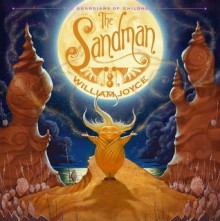 And continuing on with this amazing series is the sequel, The Sandman: The Story of Sanderson Mansnoozie. This book is just as amazing as the first. The artwork is stunning as always. The story captures the reader with its whimsy and the characters have you intrigued about where they come from and how they came to be. I love this book. It's so beautiful.

I love that we are getting to see more and more of Pitch Black. You can't help but wonder why he is doing this. What is he getting out of bringing Nightmares to children? We'll just have to continue reading to find out!

Sandy is a precious being, I love how he cares so much that he himself starts to lose sleep when he is not sure as to how he's going to bring sweet dreams to children. He's just a lovable being.

If you love stories about fairy tales and whimsy, if you love a different take about all the characters you've come to know whilst growing up, then read these books. They only get better and better as you keep reading. Highly recommend them! 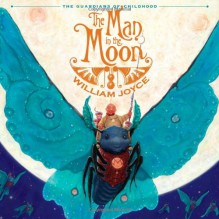 Wow... it's been a while, hasn't it? It's been a long time since I sat down to read and review a book. Last year was a BIG year for me. I move across the country with my partner and puppo and it's been challenging to settle into a new way of life. Still, I am glad to be back and, hopefully, I will be able to read at a much more steady pace.

Anyway, you're not here to read about my life. You're here to find out what I thought about this book. Well, I love it!

I've been a fan of the Rise of the Guardians movie since it came out back in 2012. I thought the animation was stunning, the story fascinating, and the characters charming. My one complaint about the movie was the ending. I always thought it was rushed and did a complete 180 of what the story, up to that point, was trying to tell. Still, I loved the movie enough to check out the books.

So a couple of years ago, I read all the books that were released at that time. The only ones I didn't get to were the two Jack Frost related ones (but I will be getting to them once I reread the previous ones). And reading those books all those years ago, when I was going through a very difficult period in my life, brought me much happiness. And the same thing could be said now.

Although I am in a much happier place now, I didn't enjoy this book any less. I love all the books in the  Guardians of Childhood series. This one starts it all! The artwork is gorgeous, the story whimsical, and the characters endearing. I love them all, especially Pitch Black. I adore Jack, too. I consider him to be a very close friend of mine. But he's not in this book... or is he? *Smirks*

I highly recommend you read this entire series. It's a beautiful told fairy tale that anyone, not matter the age, can enjoy! :) 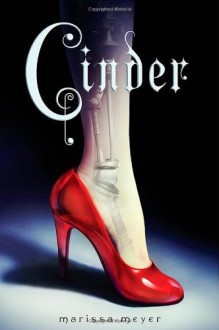 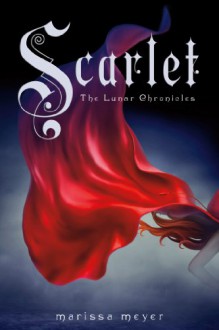 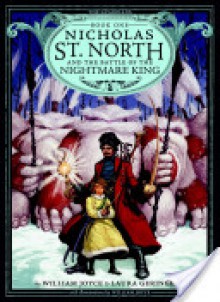 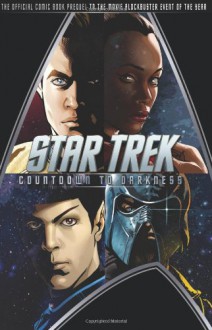 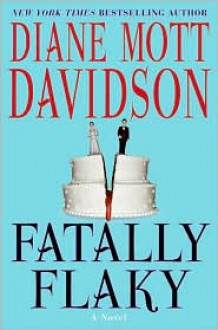 Some of the surprises this year were wonderful. There were books that I have long been leery of that I found were fantastic. I found Series I wish either existed when I was young or I'd followed from the beginning. And I found this wonderful site called Booklikes that lets me review my books but also just share my thoughts, converse with fellow book lovers, and generally be my space on the internet. 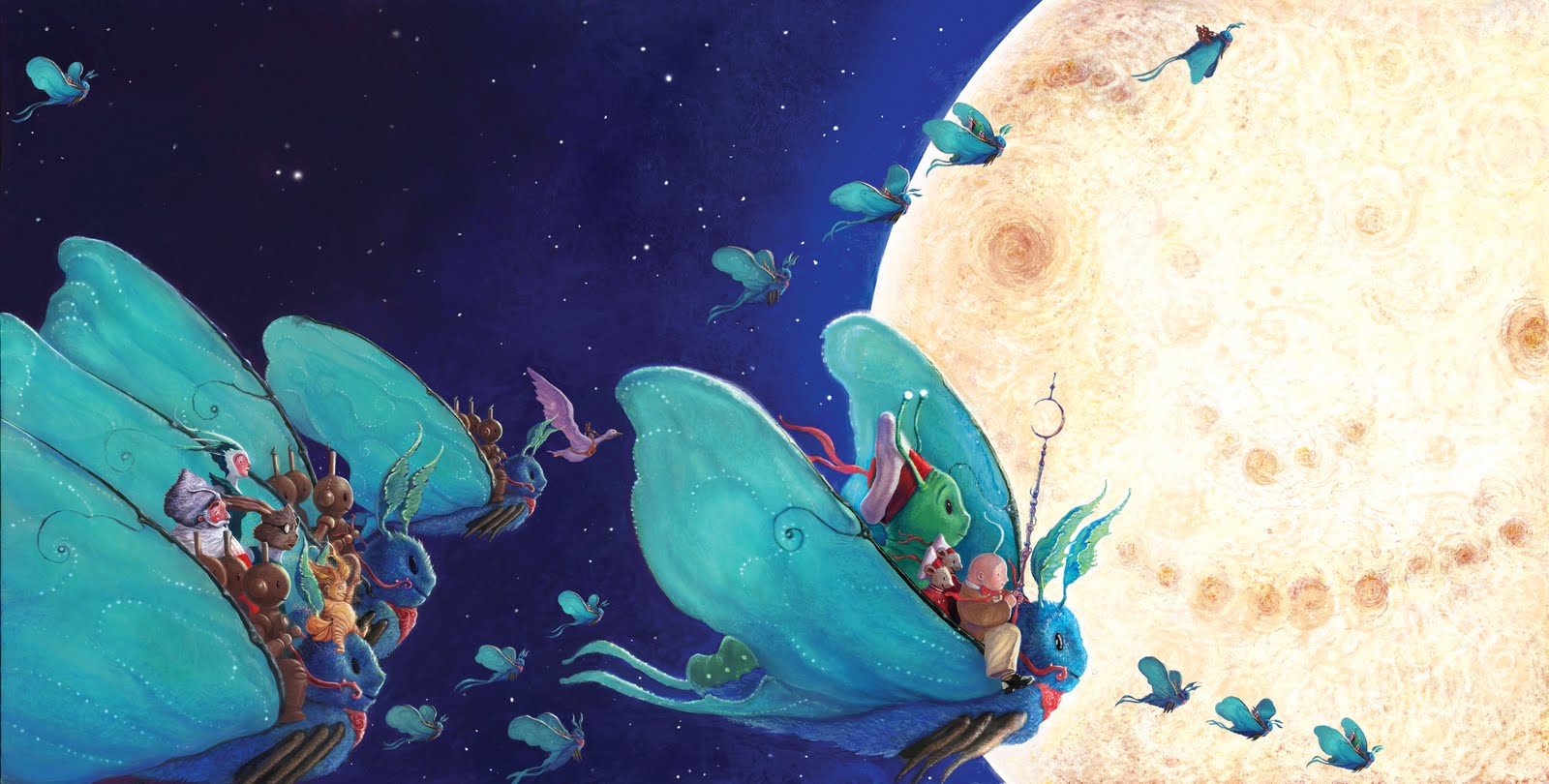 Does this not rather speak for itself?

As stated in my Nicholas St. North review, I had no knowledge of this series until the movie was being advertised and only watched the DVD a month and some ago. I immediately fell in love with what the author was trying to do and sought out the books to see what he’d already done with these retellings and revitalizations of familiar figures of our childhood. What I found in the Santa Claus chapter book impressed me and when I had the chance to check out the picture books, I did. I am soooo thankful I did as these might be some of the best picture books I’ve seen in years.

In the movie, Man in Moon (MiM) as North calls him, is an enigma; a shadowy figure who they know much about but the viewer ignorant of the books knows little about. So I was very excited to pierce the shadow, so to speak, surrounding this seemingly important character. 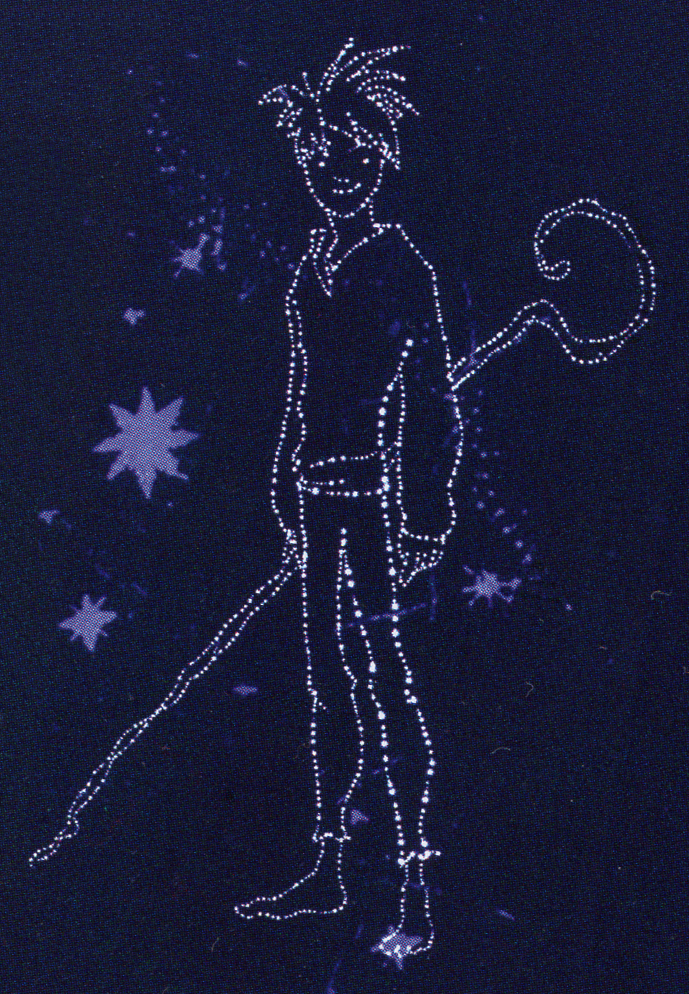 *NOTE* I found it intriguing that in the first illustrated page of the first book that came out, Jack Frost is prominently shown even though he’s first appearance is as far as I know in the movie that came out after this. Planning in advance, nice.

The story itself is presented simply but there is much to be learned. We learn about his happy early childhood with his parents and his friend Nightlight as they fly across the galaxy in their Moon Clipper which turns into a moon at rest. Nightlight guarded MIM’s dreams, keeping him safe from nightmares – the first Guardian. However Pitch, the King of Nightmares is after them and manages to be stopped only at great cost, leaving MiM alone but for the Moonbots, Glow Worms, and Moonmice. The rest of the story chronicles how he grows up and comes to care for the green and blue planet below him and its people.

I can’t decide which characteristic of the book is better, the writing or the illustrations. I’m leaning towards the latter as they are some of the most expressive and detailed pictures I’ve seen in a while. They have a richness and depth that recent treads in picture books have moved away from and I have to say I have missed. I love simplicity but these tales need that age and richness the artwork bestows. His choice to have pictures with Pitch in black and white (they look like charcoal) while most of the others are brightly colored paintings or if sketches more bluish or other colors is interesting. The only time this does not hold true is one small sketch with children on Earth. It is not until a major plot point when Earth brightens. The illustrations alone could tell the tale. 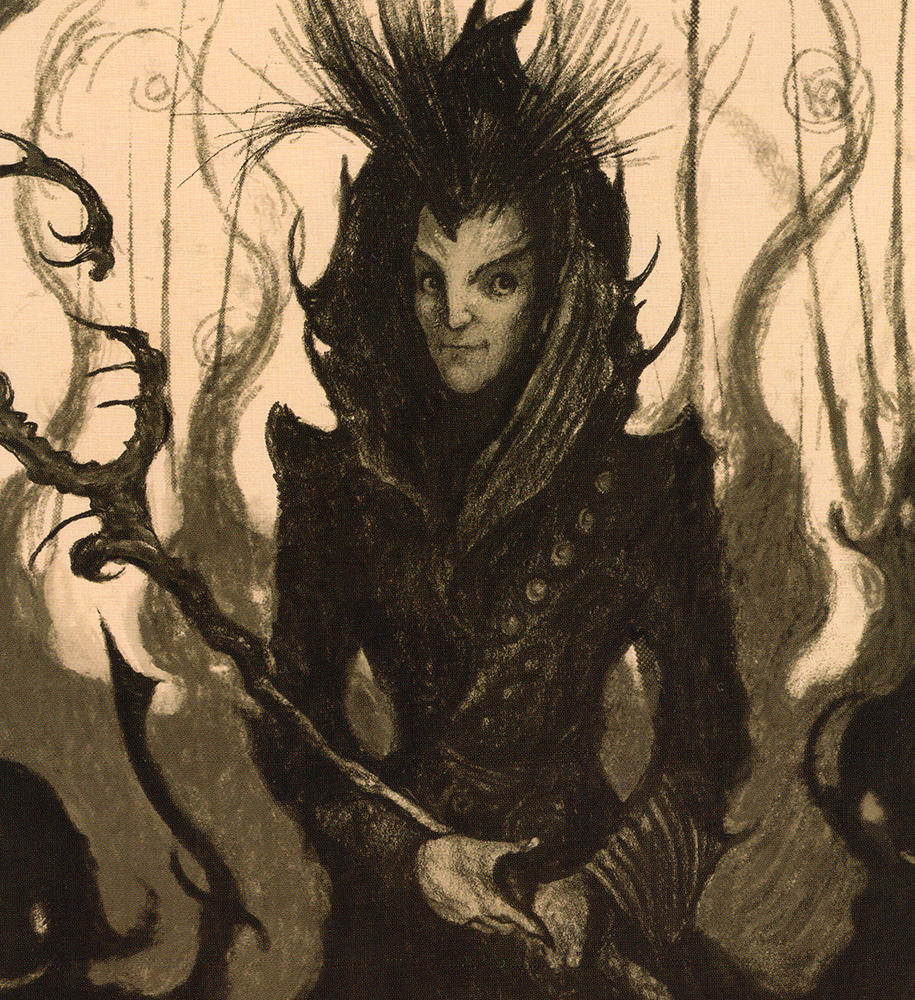 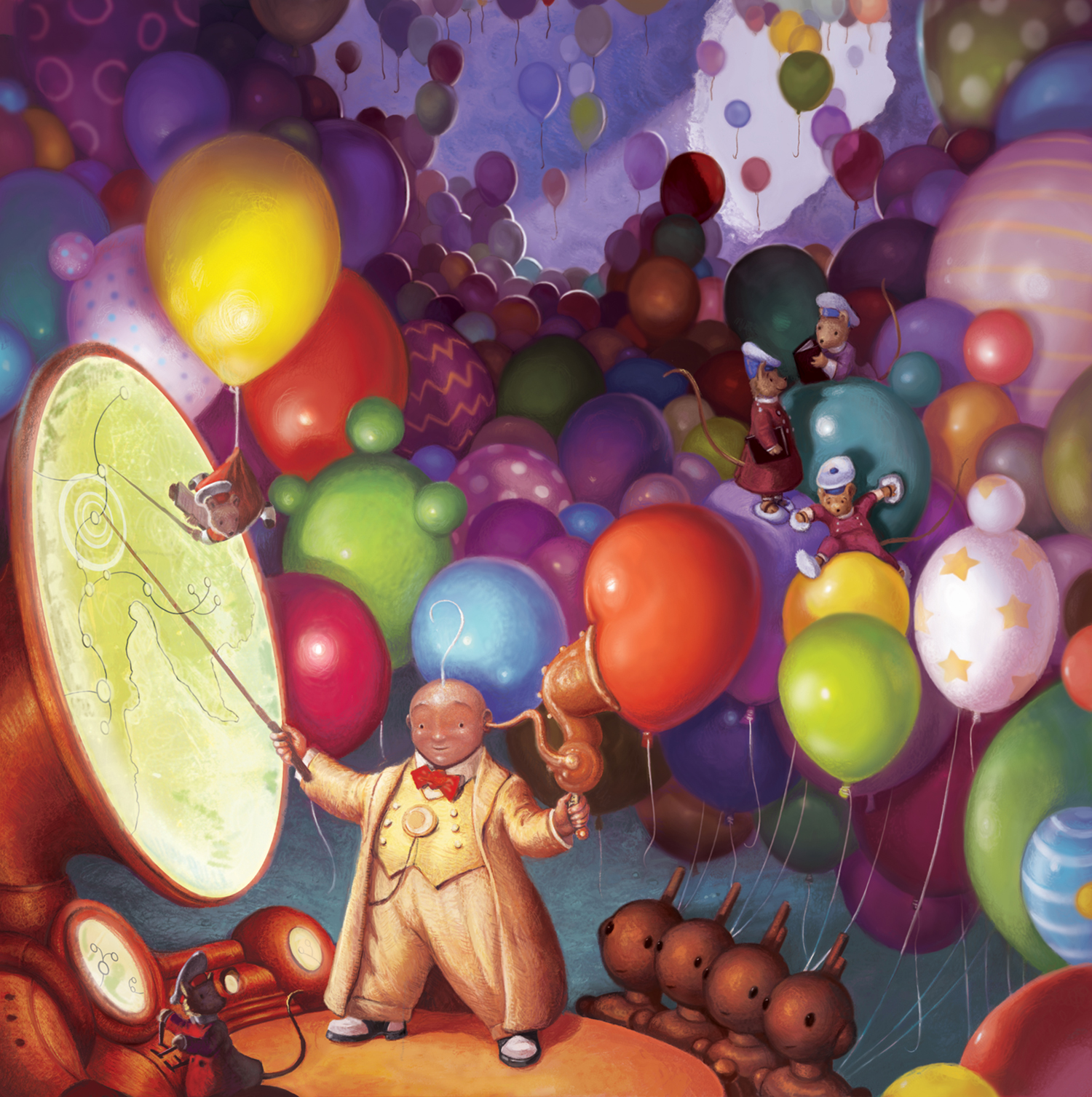 Yet the text is gorgeous. Simple enough that an older child would have no problem reading It nor young children listening to it but it has a beauty in how it’s written. There are scary times but they are acknowledged and then the fear’s power is lessened. There are plenty of happy times however with MiM growing up with the Glow Worms, Moonbots, etc. and his connection to the children below.

Don’t spoil it if I learn about it later but I was intrigued to find Mother Goose in the picture with the other Guardians. I was raised on nearly all her nursery rhymes, even the ones most people have never heard. So she was a ‘guardian’ I was very close to as a child.

How MiM ultimately helps the children of Earth was awesome and gives a new meaning to the full moon. With all the Guardians to help him, the children can be protected and comforted from the dark.

Where was this when I was young?

*Conclusion*
A lovely story that not only revitalizes myths and personifications of ideas, etc. from childhood, but gives children the idea that the creepy crawlies that infect the darkness have enemies and they bring light that keep the nightmares and fearlings at bay. The perfect bedtime story.

Cute, cute, cute. A lovely bedtime story for childlings. Joyce's world he's created is imaginative and fun to read about, child or not. He creates some wonderful characters that feel alive with the use of beautiful illustrations and some deft writing.