Log in with Facebook
or
Wrong email address or username
Sign up
Already on BookLikes? Log in!
Incorrect verification code
Please, check your email, the code to access your BookLikes blog was sent to you already.
Enter code:
« Back Send
back to top
Search tags: hooked-on-books 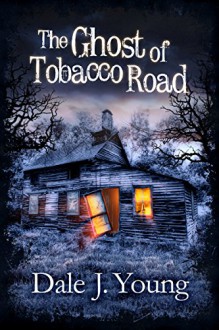 This book had its ups and downs for me. The plot and the paranormal elements were really good and I enjoyed the actual story immensely. The author's writing however, was pretty shoddy at times and it was hard to overlook some of the poor construction.

For example, there was one character, "Sexy Sarah," that we were introduced to at the beginning but her story was completely forgotten about and never wrapped up.

And speaking of "Sexy Sarah," that wasn't the only cheezy name we were forced to endure. "City Boy" and "Country Boy" wers used more times then I even want to count.

Also, in one chapter, two of the characters, Harmon and Logan, were having a conversation and in every sentence the author restated the characters names i.e. How are you Logan? I'm doing good Harmon. Logan, have you looked at those papers? No, Harmon I've been busy with Sexy Sally...

It just went on and on and on. I'm not a professional writer or anything but to me, if it's crystal clear that two characters are conversing with each other, there is no need to repeat their names over and over again, in every single sentence.

So there were some pretty big bumps and pot-holes plot-holes along Tobacco Road, but if the author would hire a good editor, this could be a 5 star story. 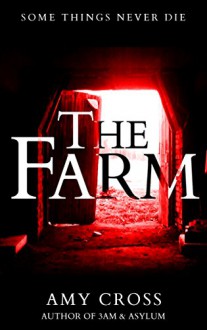 The few books I've read by Cross haven't been "sleep with the lights on scary" but she can write a creepy, atmospheric ghost story that reels you in from page one and doesn't let up until the end. I had originally planned on rating this 5 stars but after pondering over the couple of issues I had with it, I felt like 4 stars was more appropriate.

The first thing that bothered me was: we were given the impression that Paula is a child, maybe very young teenager, still enrolled in school, yet the language she used (gd-d&mn this & gd that) and the way that she talked to her dad and acted wasn't very reflective of a young child. Then she was sleeping at home by herself and hanging out all night long with the snowplow guy who was a lot older and out of school already. So there was a definite age conflict going on.

Then we come to Jonah... Jonah supposedly had multiple brain surgeries over a period of 20+ years and had over 1/3 of his brain moved, yet his memory and ability to walk, talk and speak was not effected. That didn't come across as very believable to me.

one of the sisters, Elizabeth, shoots Jonah. The author writes- "Elizabeth fired, blasting a hole in the man's chest and sending him thudding back down into the muddy ground."

the author writes- "Screaming, Elizabeth dropped the still smoking rifle as she fell to her knees. She put her hands over her face, as if to hide from the horrific sight of the dead man in front of her, whose head and neck had been blasted away. As Elizabeth continued to sob, Sara watched from a little further back. There was blood all over her, along with pieces of bone and brain matter that had been sprayed across her when the man had been shot."

Then toward the end we find out

which I think is a huge plot hole that needs reworked.

If you can overlook those details it is a very entertaining ghost story and I had a lot of fun reading it as a buddy read with my GR friend Marie. : ) 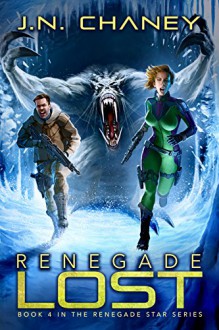 I was going to summarize the plot myself but every sentence I came up with made the story sound cheesy and did it absolutely no justice so I'm going to post the blurb and leave it at that.  : )

A lost ship. An unknown civilization.

The Renegade Star is stranded, its engines totally shot, surrounded by the unknown. Floating in the dead of space, they receive a strange transmission from a nearby planet, warning them to stay away or face the consequences.

When the message mentions how this world belongs to Earth, the lost cradle of humanity, Captain Jace Hughes knows he has no choice but to investigate.

With an endless snowstorm, bloodthirsty animals around every corner, and no sign of any colonies or people, the mission won't be an easy one.

Good thing they sent in the Renegade.

Experience a sprawling galactic tale in this fourth entry to The Renegade Star series. If you're a fan of Firefly, Battlestar Galactica, or Leviathan Wakes, you'll love this epic, space opera thriller.

This is a great series you just want pure entertainment. It's lots of fun, tons of action and the characters, especially Jace and Siggy, the ships A.I. will make you laugh. 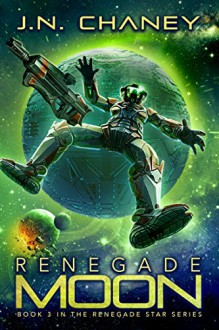 This book is a continuation of Jace and his crew's search for Earth and their neverending battle to stay two steps ahead of the enemy. Perfect series if you like a lot of action, space battles and laugh out loud humor. The audio narration (Publisher's Pack #2) is also really good.

I didn't get to hear from Siggy, my favorite AI as much in this book though. : ( 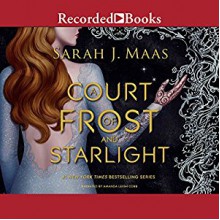 It was nice visiting Velaris again, catching up with the characters and seeing how they're rebuilding their lives after the war.  Now I'm ready for a full length story with some action...