Log in with Facebook
or
Wrong email address or username
Sign up
Already on BookLikes? Log in!
Incorrect verification code
Please, check your email, the code to access your BookLikes blog was sent to you already.
Enter code:
« Back Send
back to top
Search tags: john-connelly 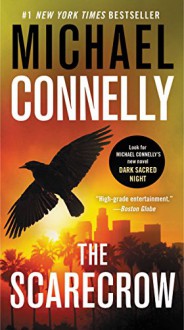 The main reason why I am not giving this five stars is that it's a bit much that Jack keeps facing off against killers. It's okay that he's a reporter and that's it. Also the story gets a little lost at times I thought. It picks up when Jack meets Rachel again, but I wish that Connelly actually spent more time in going into Jack's life up until this book. We just get a really quick series of things dropped on us as readers. Jack is now divorced (to who?) is working for the paper (what happened to his book thing? We get that addressed eventually) what happened to his sister in law? What happened with his parents? There's a lot of things I still don't think got addressed int his one. I am glad I finished though since I plan to read the next book in this series soon.

"The Scarecrow" picks up 12 years after the events in the first book in the Jack McEvoy series. Jack is working for the Los Angeles Times and is number 99 on the list of journalists who are getting RIFed (I work for the government, we have a fear of that acronym). Jack is told to train his replacement (which ouch people) and decides on the last two weeks of the job to look into a case where a grandmother says her grandson did not murder a woman and leave her body in a trunk. Jack quickly runs down leads and realizes that it appears a serial killer is on the loose. He calls up ex-lover Rachel Walling who is still with the FBI. Rachel initially dismisses Jack, but soon enough realizes he may be telling the truth. The two of them go head to head with a serial killer who seems to know their every move.

So first off, I ended up liking Jack more in this one. The petulance of the character seems to be way down in this installment. He still tries to get indignant about things, but it didn't bug me as much as it did in the first book. We know that Jack has been keeping tabs on Rachel, and Rachel rightfully so has wanted nothing to do with him since the events in the first book. I liked the two of them together in this one and I definitely enjoyed it when Rachel explains about the whole "one bullet" theory. We get more characters in this one, but I have to say that I didn't really have interest in the "Scarecrow." Per usual we get some hints about the serial killer in this one, but nothing is ever definitely found in the end. I think I like Bosch novels more because at least with Harry, he's chasing down leads so you can see the full picture of the bad guy(s) that he is after.

The writing was good in this one, it's a bit different since Connelly rails at times about how the world of journalism has changed because of the internet. I wonder how Connelly would change up this book in the year of 2020 with so many newspapers and sites going under?

The flow was off a bit, since Connelly switches between Jack's POV and then the "Scarecrow.". Those sections were so short that you won't miss anything by skipping them. They started to read very repetitive after a while.

The ending leaves things on a new note with Jack and am interested to see how things work out in book #3. I do have to say that the book kind of loses steam at the last 10 percent. I just think Connelly wanted to throw in a twist without seeing if it worked and then we are left going wait did I miss something? This also I think is a bit shorter than his usual novels. I got to the 87 percent mark on my Kindle and that was it. The book just does sneak peeks and an interview with Connelly. 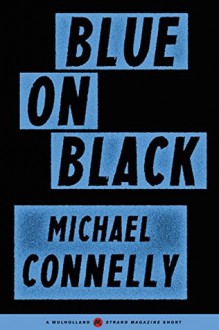 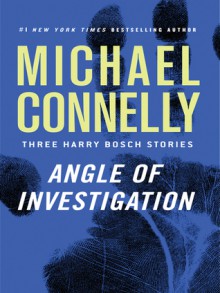