Log in with Facebook
or
Wrong email address or username
Sign up
Already on BookLikes? Log in!
Incorrect verification code
Please, check your email, the code to access your BookLikes blog was sent to you already.
Enter code:
« Back Send
back to top
Search tags: lgbtq-community 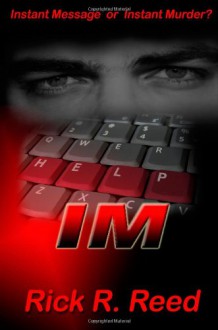 ***I received a free copy of this book from Netgalley in exchange for an honest review. Thank you Netgalley and NineStar Press.***

This book has an interesting premise, one that is becoming more relevant as the idea of social networking and hook up culture gains ever more steam. It plays on a lot of fears that people have. One side is spurring you on a hormonal rush to an anonymous lover, the other is wondering just how do you know the person you’re meeting isn’t a psycho?

Ultimately, the book had it’s good points but it wasn’t done very well. The characterizations had a lot of inconsistencies, the story had gaping plot holes and the entire ending was written in a way that confused me as to what was going on.

One of the good things in this book was Peter. I really enjoyed him. I found him funny, sardonic and at times wise beyond his years. His romance with Ed was very sweet. I was rooting for the two of them because they were both nice guys that desperately wanted a relationship more meaningful than just hooking up.

I also really enjoyed that this book didn’t shy away from the depravity within its pages. Sometimes when an author feels uncomfortable writing something dark they tend to do a “fade to black” just when things are getting serious. I always admire an author that has the courage to see the depravity through. As an amateur writer myself I have written scenes that made myself feel ill and they are really hard to write. I was uncomfortable reading this book, so well done to the author.

Unfortunately, I just couldn’t get over some big things with the book. The first problem was the ever growing cast of narrators. Virtually every other chapter was “Meet Guy 2, he’s lonely and wants to hook up with a dude from online. He is wary that the person won’t be anything like they described themselves. Ahhh, he’s going to kill me.” Then the killer kills them and we move on to a chapter about Ed being frustrated with finding a killer. It got repetitive and boring, and the constant shuffling of narrators who were subsequently killed made it difficult to connect with the story emotionally. It’s hard to get an emotional investment in a character who is only around for ten pages.

There was also a very huge problem with the characterization of the killer. Sometimes he is portrayed as a victim of abuse and neglect, getting back at the homosexual world that had so richly abused him over the years. Then other times we’re treated to narratives about him being a psychopath and torturing animals as a child, or torturing lovers because the pain is a turn on. Those two things don’t really mix very well. Which one is he? I had a hard time reconciling both in my head as being the same person. Violent psychopaths typically don’t make for very easy victims.

A few of the big plotholes took away from the story for me too. First, the circumstances that Ed finds himself in with his job were weird. It literally made no sense and was never explained. Ed gets fired for allegedly “fabricating” the witness who discovered the first body. They allege that he had no witnesses so he made one up to make it seem like he had a lead. But here’s the problem. The witness was seen by several people. Several other people talked to him before Ed even arrived. When Ed arrived, he is directed to the witness by one of those people. But then the person is just too upset about the crime scene to remember clearly? That was very weakly done. There are plenty of options for having Ed be terminated through crooked means but this was just dumb.

I had a big problem with exactly how the killer seemed to be a full head (or more) shorter than everyone he killed, but it wasn’t a problem. He is described as “elfin” about a thousand times. He’s so short that he sometimes can’t be seen through peepholes. But yet, he physically overpowers and kills multiple men who are larger, more athletic and stronger than him. How does that happen? I have no idea. All the book told me is that he does. It’s not explained how that happened at all.

The ending was really confusing. I was being told about a lot of things happening at once and the way it was written made it all seem jumbled. All of a sudden Ed would be jumping up to attack the killer and I was thinking “Wait, but wasn’t the killer over by the door? How did he get here all of a sudden?” I started to skim it for the high points because I just didn’t follow it.

I think there are a lot of good bones to this book. The writing shows a lot of talent and the idea is a good one. It really needs a good edit or two.