Log in with Facebook
or
Wrong email address or username
Sign up
Already on BookLikes? Log in!
Incorrect verification code
Please, check your email, the code to access your BookLikes blog was sent to you already.
Enter code:
« Back Send
back to top
Search tags: nick 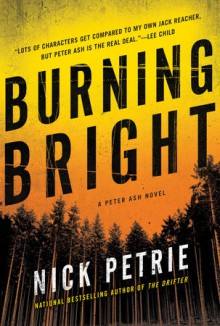 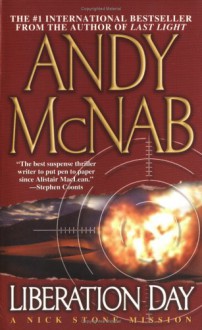 Nick Stone wants to settle down. He wants a passport so that he could stay with his girlfriend.

The girlfriend father is a horrible person who is using Nick on a mission and promise in exchange give him a passport so that he could stay in US.

The last mission is trying to stop money going to fund terrorists of the Taliban.

With a team of three, they are suppose to chase the money and then stop the terrorist act from happening.

There are a lot of not so good bites in the story. A lot of running around that is too details. It is supposed to be action but sounds like someone reading out a spreadsheet in Excel.

The last bit is okay but not great. 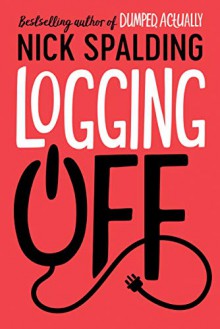 Not too much to say, typical Spalding. Parts were really funny and parts of it were really draggy. I liked the overall premise, Andy is told by his doctor he needs a tech detox because of some medical issues he is having, and shenanigans occur.

I ultimately wish that the book had actually moved more into a direction of Andy's other interests (he started reading and walking more) instead of him acting like an ass because he couldn't look up what stars were up to via Instagram. I think that a lot of people take social media breaks. I have done so before and it honestly helps. When you read nothing but terrible news and people's perfect lives via social media it is going to skew your perspective. Spalding danced near that with Andy finding about a real life person he was following, but Spalding played it for laughs instead of actually pointing out how everyone does this.

Loved the Easter eggs to other books that he has written and I think this one's ending worked a lot better than the last book of his I read "Dumped, Actually."

I skipped away from Masked Prey because I am full up on Nazis in the real world. "Logging Off" had some wonderful insights and funny moments (typical Spalding). I do have to say thought that towards the end though things started to drag a bit and Andy (the main character) started getting on my nerves with acting as if he wouldn't be able to do certain things without technology. I love hiking and besides taking pictures with my regular camera, I just listen to the birds and whatnot and actually follow maps (gasp) without having a total breakdown about it.

Good things were Easter eggs dropped about prior Spalding novels. Apparently the events in this one happened before the events in "Dumped, Actually" and we even get sightings from Jamie, Laura, and Poppy.

Nick Spalding’s wry humor sweetens a strong lesson in Logging Off, his most recent novel and thinly disguised cautionary tale. The book is the farcical account of first-person narrator, Andy, a graphic designer whose addiction to technology and social media has resulted in some serious physical and psychological side effects.  When an important client meeting becomes disastrous due disturbing symptoms, Andy decides that he will embark on a 60-day “digital detox” to reset his health.  His best friend is a reporter who composes a feature about Andy’s experiment—the publicity acting as a reinforcement to his endeavor.  Andy soon discovers how completely obsessed with online activities he has become. The removal of these sources of security illuminate the life skills that have been underdeveloped and highlight his utter dependence on instant information and entertainment. The wacky “fish-out-of-water” misadventures and slapstick episodes that follow are entertaining, if a bit far-fetched. Along the way, a romance blooms and the protagonist finds himself the unwitting object of wide-spread admiration and attention. Despite being ambivalent about pursuing his “detox,” Andy feels compelled to continue by the pressure of his new “followers” and the irrepressible current of a movement he never intended to spark. As he struggles with feelings of hypocrisy and confusion, he also recognizes the benefits that the endeavor has brought. Logging Off is a bit too long and the humor at times is contrived and lowbrow, but the book remains a fun read despite its strong moralistic stance. Spalding’s attempt to preach moderation and life-balance is perhaps obvious and over-stated, but his amusing approach makes it a lesson that is easy to swallow.

Thanks to the author, Lake Union Publishing (Amazon) and NetGalley for an advance copy of this book in exchange for an unbiased review.