Log in with Facebook
or
Wrong email address or username
Sign up
Already on BookLikes? Log in!
Incorrect verification code
Please, check your email, the code to access your BookLikes blog was sent to you already.
Enter code:
« Back Send
back to top
Search tags: numbered So, a while back I promised myself I wouldn't succumb to the £0.99 temptation and I would only buy reduced books if they were on my tbr. Well, I was doing really well until...I had a bad week. Let's face it, other people buy shoes and handbags when they feel they need a boost but we buy books. Not that I need them, my physical bookshelves are full to bursting - I have had to start storing books in a (dangerous) third row as two deep just doesn't hack it - my kindle is full of freebies and deals I never will read and even my kobo, which I swore faithfully to myself would mainly be used to borrow books from overdrive, is slowly filling up with unread (but very good and mostly cheap) books. What can I say? I stand up now and confess:

"My name is Julie, I'm a bookaholic" (but I can stop anytime I like, it's just I have these books reserved at the library...)

Edit: I might as well go the whole hog and buy two more. I've added Carrion Comfort and Black Hills to my Kobo, I like Dan Simmons and I've wanted to read them for a while, I'm ruined anyway. I knew I had to talk to her.

I asked her out six times.

In thirty seconds. She said yes

after the third one, but none of them

felt right so I had to keep going.

Here is a debut collection from Neil Hilborn's Our Numbered Days, a raw perspective of what we thought and knew about love, is rarely that simple. It's a funny and sad, crazy but make sense and what we love is likely a poor choice without us knowing it. His famous OCD is included along with Joey, Here and Away & Future Tense. There is so much to love about this debut collection, and if you have heard about Neil Hilborn from his poetry slam performances or from Button Poetry or if you haven't heard about him at all, pick this up.

p/s: It's a rarity that I can smile while reading this poem and that means its good. Don't kid yourselves, it's a big fat honkin' deal when I review a collection of poetry with almost five stars. I'm not a poetry-first kind of an old queen. It's really important to remember that when I say I would sit and listen to this poem cycle being read or (preferably) sung Lied-style to me.

I will seek this young woman's poetry out in future. Yes, you read that right: I'll go buy other books she writes with my very few United States dollars. Read my review, then go buy this collection, to see why you should too.

Peggy Hillcoat is the daughter of a famous German concert pianist and an English survivalist, who despite the disapproval of his wife keeps stockpiling supplies in a shelter in their garden and preparing for the worst. Only eight years old, she doesn't question what is happening when her father takes her away from their big house in London while her mother is away on tour. He takes her to the German countryside, to a delapitated cabin remote in the mountains, explaining that this is their home now and that there's been a terrible disaster, they are the only ones left in the entire world.

Peggy is distraught that she'll never get to see her mother or her school friends again, but soon settles into her new reality, helping her father as best she can to get the cabin livable and gathering the supplies that they need to survive. The book begins in 1985, nine years later, when Peggy has been returned to her mother and is trying to adapt to a very different life once more. Little by little the readers discover the reasons her father took her away in the first place, and the details of the years she spent in the lonely wilderness with only the woods and her imagination for entertainment.

Because the book begins in 1985, after Peggy is returned to her mother, the reader is never in doubt that she will survive, even when the story gets really tense and dramatic. Living off the land in a primitive mountain hut is not easy at the best of times, but Peggy makes it clear in her recollections that she and her father were badly prepared for their first winter and I had flashbacks to reading The Long Winter by Laura Ingalls Wilder, when she and her family are trying their hardest not to starve to death.

While much of Peggy's adolescence is filled with whimsy and her frolicking in the woods, it is quite clear that her father is a seriously unstable man and that he truly comes to believe the lie he told his daugher. Even early on in the novel it is obvious that something really bad happened before Peggy was returned to civilisation and discovered that her father lied to her all those years. As the book progresses, the suspense increases and my sense of dread with it.

This is a really good book, already highly rated by five other Cannonballers. It's probably not the relaxing holiday read I was looking for, rather a haunting and suspenseful story that will stay with me for a long time.

Judging a book by its cover: The edition I read is pretty much black and white, and black is absolutely the dominant colour. The darkness is very suitable for the contents. The centre of the picture is a simple cabin, surrounded by spindly trees - probably Die Hutte, where Peggy spent most of her adolescence. Despite the picture being very simple, it conveys something ominous and sinister, which again is very apt for this book. 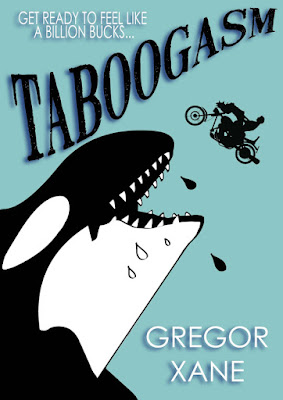 Bill likes booze. He likes women. But he doesn't like to work. Luckily for Bill, if he plays the lottery, he wins.

What happens when a low-life starts living the high life?

What happens when a deadbeat loser becomes the luckiest man alive?

He draws some unwanted attention, naturally, from dark and powerful forces, and before he knows what's what, his days on Earth are numbered. 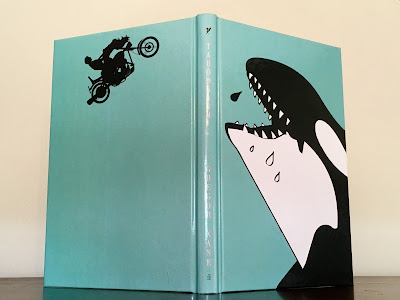