Log in with Facebook
or
Wrong email address or username
Sign up
Already on BookLikes? Log in!
Incorrect verification code
Please, check your email, the code to access your BookLikes blog was sent to you already.
Enter code:
« Back Send
back to top
Search tags: relation-ds 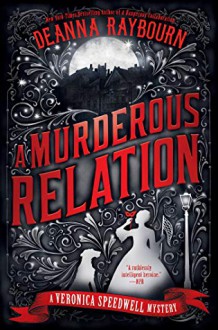 A fan from the start of the series, I always thought the mc being based on a real historical figure gave the books that little extra something, but when I finished this one, as much as I enjoyed it, I thought ‘the author certainly took some creative liberties in this one’.

Which shows how much I know about history; every part I found fantastical turned out to be based on true events.  So all I can say now is, poor Prince Albert Victor; even if some of the more spurious speculations about him took place long after his death, his memory seems unfairly tarnished.

Veronica and Stoker's story was a good time though.  The plot was well crafted, though not a mystery, really.  This was much more about foiling a two-pronged conspiracy, and while murder was done, there was no mystery as to who did it.  Raybourn also used the storyline's backdrop of Whitechapel and the Jack the Ripper murders to spotlight the social inequities of the Victorian age.

And finally, after 5 books, there is finally some advancement between Veronica and Stoker, which, while the romance isn't the thing for me, is a relief, because I find tension of any kind, too long strung out, to be tedious in the extreme.

It took me too long to get this book because of the pandemic, but the upside is the next one has already been announced, so I know I'll have another to look forward to soon.

This review can also be found atCarole's Random Life in Books.

This was a fantastic installment in a much-loved series! This is the fifth book in the Veronica Speedwell Mysteries series which is a series that is best read in order. I have been with Veronica since the beginning and am finding that I like this series more and more with each installment. I read this book in just a couple of days and found it to be incredibly entertaining. I really had a great time with this book.

I have grown to love Veronica, Stoker, and some of the other recurring characters in this series. Veronica and Stoker work very well together and obviously are quite good at solving mysteries. They also have a lot of chemistry. We have been gradually watching the heat grow between these two since the beginning of the series and while I do sometimes wish things would move a bit faster, it is obvious how much they care about each other.

The mystery in this book was a bit unexpected. Veronica's heritage is a well-kept secret. Because of her connections, she is asked to look into some of the dealings of the prince. He has given a piece of jewelry that can be traced back to him to a woman who runs a scandalous club and his family wants it back before anyone can find out about it. Of course, things are never easy and Veronica and Stoker must navigate a pretty dangerous situation before everything is settled. Throw in the famous Jack the Ripper murders which are happening and you have quite an exciting story on your hands.

This book had everything that I hoped it would have. There were some rather light-hearted moments and some pretty intense scenes. I loved the chemistry between the characters and am loving the way Veronica and Stoker are slowly working their way towards each other. There were a few surprises in this book and I really enjoyed the fact that the Jack the Ripper murders were a part of this story. I thought that the pacing of the story was very well done and I found the book hard to put down.

I would highly recommend this book to others. This is a smartly written mystery series with incredibly wonderful characters. I cannot wait to read more of Veronica and Stoker's adventures!

I received a digital review copy of this book from Berkley Publishing Group via NetGalley.

Initial Thoughts
I loved this book! I think that this series just keeps getting better and better. The characters are so well done and I love the chemistry between Veronica and Stoker. I thought the mystery in this book was quite good and I liked that the story touched on the crimes of Jack the Ripper. 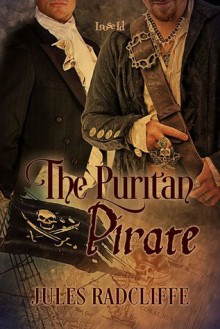 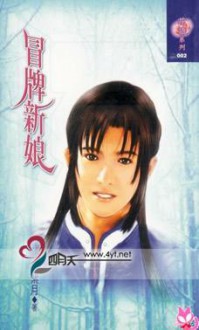 I eally enjoyed this little story.

Ling Shuang, a daughter of a nobleman, is about to be married to a complete stranger. She is not happy with this arranged marriage. She already has a lover and they made plans for their future life together.

On her way to her betrothed's house, Ling Shuang forces her male servant, Jie Yi, to put on a female dress and makeup and play a role of a bride. She also gives him a cheap pearl bracelet as a small bribe. They part, Yi to go and get married to the stranger, and Ling Shuang to reunite with her lover.

Tian Yang doesn't want a wife. He remembers his own beautiful aristocratic mother running away to find a better life, far away from the children and the ranch which belonged to their family. This betrayal is so deep, that Tian Yang is determined to undermine any future marriages, arranged or not. When Jie Yi arrives, claiming to be Ling Shuang, Tian Yang take him to a remote warehouse/hut to test his new bride. But Jie Yi, as beautiful and delicate as he is, doesn't mind the hardship; after all, he grew up a servant.

Over a few weeks, Tian Yang finds himself suddenly drawn to the beautiful young lady, who seems to be perfect for him and is not afraid of hard work. One day, with two young people living so close together, things finally get out of hand. Yi's secret is discovered. Petrified, he leaves the little hut.

In the meantime, Ling Shuang shows up at Tian Yang's ranch, claiming little Yi robbed her blind, left her sick on the road and pretended to be her in order to take her place. Her proof? That little pearl bracelet....

As far as BL novels go this was pretty decent, with plenty of twists and turns. The ending was a bit disappointing, with numerous relatives complaining 'oh, my god, two men together! No, it's OK you can stay, but oh, my god, maybe you should leave...' Round and round and round it went.

Translation was confusing at times, but I can't hold it against the book or the person who translated it. All I can say is "thank you for you hard work" :) 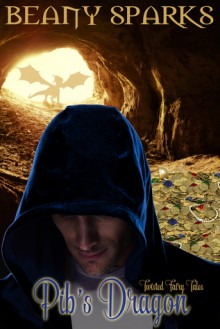