Log in with Facebook
or
Wrong email address or username
Sign up
Already on BookLikes? Log in!
Incorrect verification code
Please, check your email, the code to access your BookLikes blog was sent to you already.
Enter code:
« Back Send
back to top
Search tags: stewart 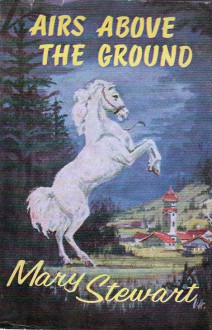 Not her best work, but a fun read nonetheless.  More a straight up mystery than romantic suspense, and while the plot villain was obvious, Stewart at least had some fun misleading the reader about the plot itself.

Aside:  I bought this years ago at a FOTL sale for a dollar; when I finished reading it, I saw that it was published and printed 3 blocks from where I live now.  On its site now sits a 'home improvement store' - Bunnings, the Aussie answer to Home Depot.  A place a spit and swear about every time I have to visit it.  Now, it seems, I have even more reason to dislike it - I'd rather the book publishers were still there. I've owned (and wanted to read) this for way too long -- time to finally get around to doing just that. I can see why this is considered one of Mary Stewart's best among her Mystery books. In some ways it shows its age and screams 'pulp', yet it is written with the skill I've seen used in her Merlin series and once it gets going, holds attention and really made me want to know what was going on.

Geillis Ramsay is named after her mother's cousin, who has something of magic about her. It's a quality her mother had as well, until she married a clergyman. Much of Geillis' childhood is characterized by austerity, but when she inherits the house that belonged to her namesake, everything changes.

The house itself is a mystery. Between odd neighbors and strange locked doors, hidden secrets slowly unravel while Geillis discovers just what sort of witch her cousin was. Messages from the dead and animals who behave as if they know more than their new human mistress flavor a story with some interesting and very distinctive characters.

While older stories like this can feel dated, I enjoyed it enough to want to read a couple more of Stewart's better known Mysteries.