Log in with Facebook
or
Wrong email address or username
Sign up
Already on BookLikes? Log in!
Incorrect verification code
Please, check your email, the code to access your BookLikes blog was sent to you already.
Enter code:
« Back Send
back to top
Search tags: very-interesting... 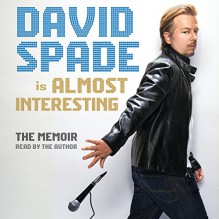 When I saw this one on sale I had to grab it. David Spade is so funny, and I was hoping the book would be too!
It was, and it wasn't. I hate to admit, I liked him more before I read his book.
He's funny, sure, but most of this book was him telling stories about his life. The ones he chose to tell have my eyebrows raised, I mean, maybe he really isn't that interesting after all, but especially with Chris Farley, I was disappointed in what he revealed to us. They really were not the most flattering things, for a guy who says he loved him. You'd figure the tales he told would be more endearing, not embarrassing.
So I feel like I wasted a couple bucks here, but that's ok. Not everyone that you admire will be so admirable in the end. 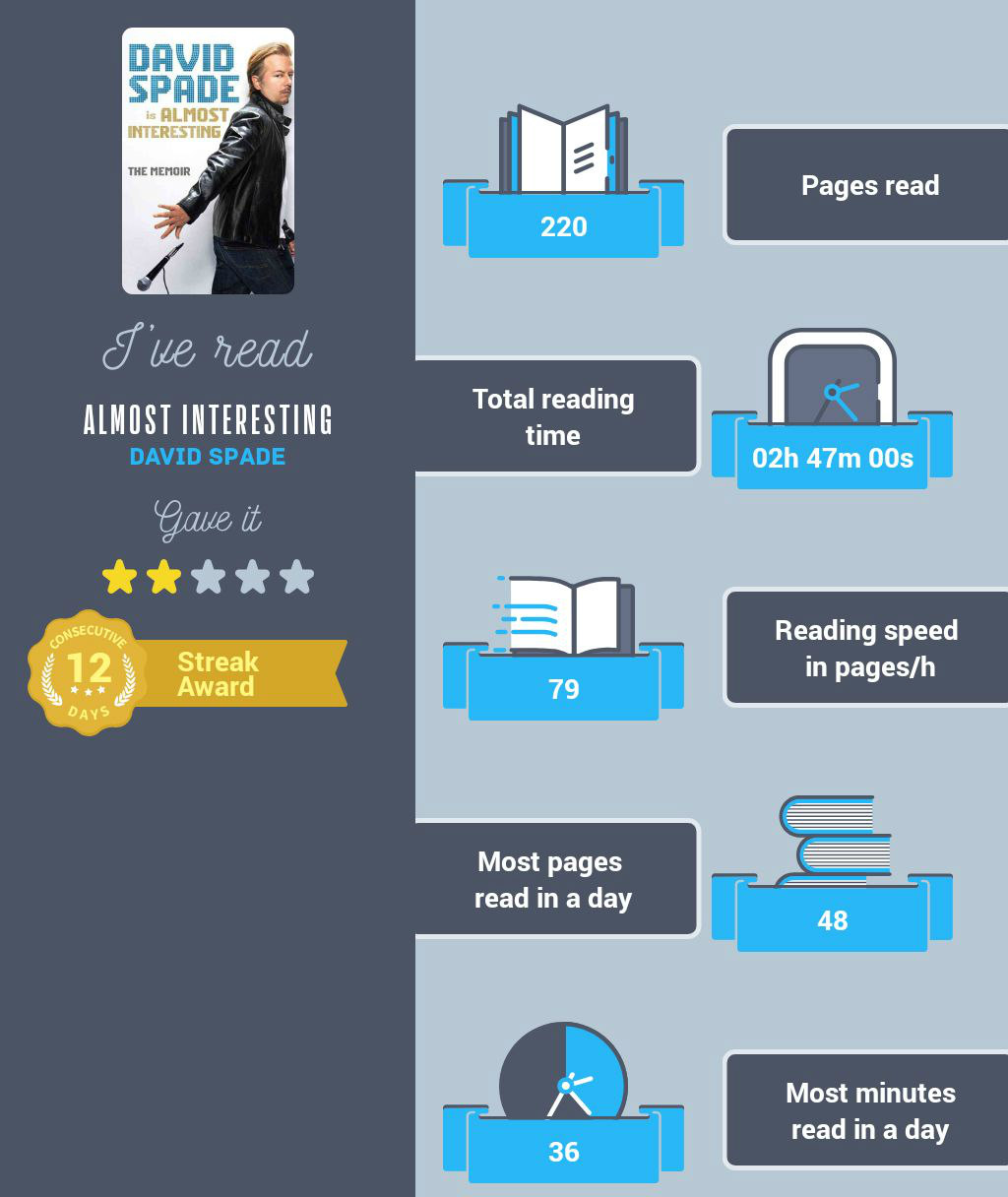 When you miss hockey, what else is there to do but read a book on hockey facts.
I'm glad I did too!
I've been watching hockey for most of my life. I have been a Toronto Maple Leaf fan since 1992. Beyond the Leafs, I didn't really know much about any other players or teams. I may have heard of stars like Terry Sawchuck, but I really knew nothing about him.
This book changed all of that.
I learned so much about certain players, and teams, including the para-olympic hockey sport of sled hockey.
Shows you really are never too old to learn something new about something you love.
A great book for fans!! 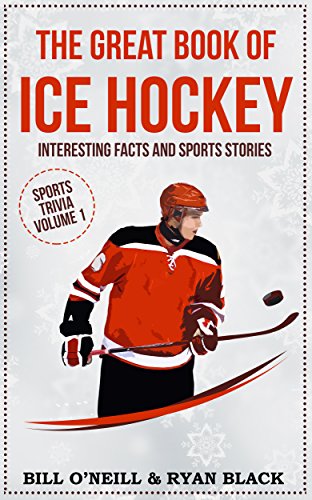 If yes then today we will share with you a new destination to visit with family and friends.

Other than the popular malls and tourist places in Delhi we recommend visiting new places of interest like an art museum in Delhi. An art museum is a great place for all family members as it offers a serene environment to explore the best of work by the artists. Also if you have young members in the family who need some mall action than we are recommending the Kiran Nadar Museum of Art (KNMA) which is located in heart of the city among the malls of Saket. It is one of the most Interesting Places in Delhi as here you will not only experience new art exhibitions in Delhi but will also get to indulge in art classes.

Kiran Nadar Museum of Art (KNMA) is one of the best museums in Delhi and is a not for profit organization with the sole mission to make art accessible and available to common people through exhibitions, workshops, cultural events, symposiums, talks, and community outreach programs.

There are absolutely no charges for visiting the Kiran Nadar Museum of Art (KNMA), also organizes free monthly free art classes in the backdrop of best art exhibitions in Delhi. The works on display at the museum by different renowned artists is an inspiration for visitors no matter what their areas of interest are as art is for everyone and all ages. So next time you plan to explore something new and interesting we recommend you visit Kiran Nadar Museum of Art (KNMA) at Saket Malls in New Delhi.

This is a little lengthy, but it's worth it.  Or maybe it's not.  You decide.

So hubby upgraded our phones as a Mother's Day gift.  We went from the Galaxy S8+ to the Note8.  The old phones were paid off and ours to do with as we wished.  So they sat in the boxes until hubby's friend mentioned that he was in need of a phone, but didn't want to pay a mint for a new one.  Hubby offered our old phones, which we hadn't even used for a full year, so they were in nearly perfect condition.

I called Sprint to have the phones unlocked because his friend uses TMobile.  On Monday, I spoke to no less than three people (one transfer, and one call-back due to disconnection).  I clarified that I wanted the two not-in-use S8+ unlocked, not the two currently-in-use Note8.  Because 1) you can't unlock your phone unless it's paid-in-full, and 2) I gave them the IMEI numbers from the S8+.  I was told everything was taken care of and it would take a maximum of 48 hours for the phones to be unlocked.  So that was Monday.

On Tuesday I had to go to Best Buy to get the geeksquad to order a new phone for my kid who had cracked the screen when she dropped it at just the right angle.  She could have lived with the crack, but the drop must have damaged the phone because it started getting hot and it wouldn't keep a charge.  And can I say I soooo miss the days of the $50 deductible for replacement phones.  And of course the reason the deductibles are so high now is because immoral people were scamming the phone companies by selling the original on craigslist, calling the company and saying their phone was lost or stolen, and getting a new one through the insurance for $50, pocketing the profit while screwing both the insurance and the poor sod that bought the other phone, because of course the phones are flagged once they're reported lost or stolen.  But I've gone on my usual tangent.  Okay, back on track.

On Wednesday, the new phone arrived--which was super shockingly quick. I had to call Sprint to get it activated, because even though they say you can do it yourself following the instructions online, it's never that easy, is it?  That call took a transfer to the tech team to get resolved, so another very long conversation with Sprint.

Thursday I felt like garbage, which I mentioned in another blog post.  Many of you wished me well, and I thank you all.

Friday, I felt 100% better.  I got to have a nice morning at the Farmer's Market with my hubby.  We had some breakfast, bought large quantities of honey because this is the time of year the family switches from drinking coffee to tea. Got some candles, found something for my swap box, and a few things for the kiddles,.  We also had 15-minute massages!  It was a good day.  Except for the part where both the local post office and UPS gave me the runaround about where my missing package could be.  As far as the tracking info is concerned, the package is in limbo and everyone keeps passing the buck.  Now I've already received a replacement order from the company; however, I want to know what happened to that original package.  Did it fall off the back of the truck?  Or is the staff at my local post office too lazy to actually search for it?  Sorry, went on a tangent again.

Anyway, later this afternoon, we met hubby's friend, handed over the phones and told him to call us if there was any problem.

You know he called, right?  Because of course he did!

After a ridiculously long time on hold with Sprint because of high call volume, because apparently many people were bad at their jobs this week, I finally got a person, who then said a lot of dumb words that all lead back to, "I have to transfer you to the accounts department, but they will tell you the same thing I have just told you."  Well, Sharell, transfer me to the mutha fuckin' accounts department.  (I swear I did not say that, all though I really, really wanted to.  I try my very best not to abuse customer series reps unless they really, really are asking for it.  And while Sharell was a tad condescending and made it sound as if I had no idea what I was talking about and that my issue wouldn't be resolved by another department, I was still very polite.)

After another long hold, I got Greg, who, unlike Sharell, was an absolute delight!  He was a customer service demi-god and should be praised by all.  He did not tell me the same thing Sharell told me.  He explained that the morons nice people I spoke to on Monday were trying to unlock the wrong phones...using the wrong IMEI numbers........ *sigh*  So Greg then went through the painstaking task of getting the correct information for the correct phones (thank goodness I wrote everything down because the phones are no longer in my possession) and verified each phone one at a time to make sure everything was correct.  Also, he said they gave me incorrect information as the process can take anywhere from 24-72 hours to be complete and that I will receive a confirmation email once the phones are officially unlocked.  So hubby's friend has to wait a bit longer and I have had to speak to people at Sprint more in one week than any person should ever have to talk to the customer service of their phone provider.  But, at least Greg was pleasant and made the process bearable.  He was very apologetic about the inconvenience we had been put through.

All of that was just to say, it can never go right the first time, can it?  At this point (and thanks to Greg's disposition) it was annoying, but amusing.  How can three people all get the same thing wrong, even after confirming multiple times that you're both talking about the same thing?!  And normally I have no such problems with Sprint.  Their customer service is normally tip-top.  We are among their longest loyal customers, so we tend to get a little special treatment when we mention how long we've been with them.  Someone once told hubby that there was a person who had been with them longer than us, be we are among the top of their oldest customers.  I guess there is something to be said for loyalty.

Anyway, thanks for taking the trip through my week with me.  Believe it or not, that's the condensed version.  Hope it was worth it!