Log in with Facebook
or
Wrong email address or username
Sign up
Already on BookLikes? Log in!
Incorrect verification code
Please, check your email, the code to access your BookLikes blog was sent to you already.
Enter code:
« Back Send
back to top
Search tags: Comic-Strips 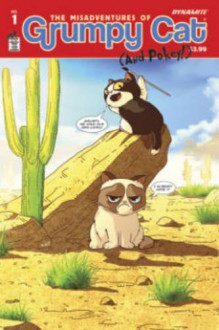 *I received this book from NetGalley in return for a fair review.*

Grumpy Cat, the comic, is often times cute and funny. And really really short. A lot of the stories are quick little adventures. The kind where everything is set up, certain things happen, then poof off to the next story – all seemingly within a few pages.

Some of the ideas might be interesting to have seen followed through, like detective Grumpy; haunted house Grumpy; superhero Grumpy.

Grumpy - as might be expected, the cat that became a meme on the internet for having a permanent grumpy expression (a genetic condition) is, in fact, the star of this self-titled comic series.

Pokey is a hyperactive constantly in motion, constantly wanting to play house mate of Grumpy’s. Oh, and a cat. I forgot to mention the cat part.

Others - the above are the two most common characters to appear, though occasionally others appear, like a dog, and ghosts, and . . . others.

Plot
It’s hard to discuss/describe the plot since this is a collection of many very short stories. Mind you, some authors have become super famous for writing stories so short that they can be contained on one page. So super short stories, in and of themselves, are not a ‘problem’.

It’s not always easy to see in a collected volume, but there appears to be three or four stories every 26 pages. Most of these stories are, to a certain extent, interesting. Humorous at times. The problem, as I think I’ve mentioned before, is simply the fact that the stories get me interested in a certain topic/theme then . . . that specific topic of theme is suddenly over before I could ‘get my thrill.’

Overall
I think, I’m not sure now, but I do believe that I had recommended people to try at least the first comic way back when it appeared. I don’t remember if it was cheap, free, or what my rationale was, but simply that the comic was a humorous way to spend a few moments out from the overall hard working life many people suffer. That’s harder to say in regards to a complete volume, at least in terms of talking about how ‘inexpensive’ it all is. Still, I’d recommend Grumpy the volume. As long as you like cats. And mild humor.

I did something I rarely do – I looked at some of the other reviews before I started my own review. Therefore I saw a somewhat reoccurring theme, that being ‘Garfield’. Well, sure, both involve cats. Garfield is more lazy than grumpy, though that can, at times, come across as grumpy. And both Garfield and Grumpy have somewhat annoying younger cats that they kind of dislike (I can’t recall exactly the name of the cat, Nerman? Nermal? Norman? Something like that). Though the hyperactive, always cute cat in Garfield is somewhat a rare addition to the storyline, while Pokey is in, I think, all the stories.

In looks and temperament, I might have thought of comparing Grumpy and Bucky. I could be wrong, but they might be both the same breed of cat. Though, if I recall what I’ve read in the back story to the Bucky series, the writer/author there didn’t base the cat on any specific breed/cat. While Grumpy, obviously, is based on Grumpy. In looks mostly. I’ve some vague understanding that the real Grumpy might actually be a sweet little kitty, though again, I could be wrong there.

Oh, one thing I was going to mention – I didn’t actually realize, until I saw this on Netgalley that this series was for kids. See, here I was having fun reading a comic that had mild humor and involved a cat, and suddenly I learn that it was designed for kids. Mmphs. Heh. Would this hold a kids attention? Would a kid just absolute love this collection of comics? No idea, I’m not a kid and I do not have full time responsibility for any kids, so I am not sure. Would an adult enjoy a comic designed for kids? Well, I did.

I probably would give the overall collection of comic issues, I think they collect four or five issues?, a combined score of around 3.8 out of 5.0 stars. 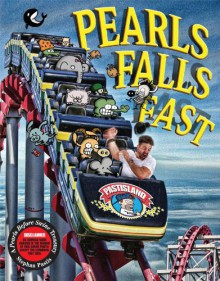 Self purchase, paperback then switched to Kindle version.

OMG I finally finished this. I think I’ve been working on this for like 4 months. OY.  But it was fun. And I loved it.I don’t normally have time to read the strips in the newspapers so I get the books when they come out. Sometimes it takes awhile to read them because its so nice to just pick up and read a few when you have 5 minutes.   I Love Pastis running commentary in the treasuries which is why I wait for those instead of the individual collections.  As a side note, I was introduced to this series via Netgalley.

Love the Lil Guard Duck!  I love the strop on page 18 where rat gives “talking with simpletons and idiots” for lent. Ha.  Ok the cha cha strip pun on page 39 is so bad it’s good. Laugh out loud. Though I want to smack Pastis.   Have I mentioned, I LOVE THE CROCODILES?!!??!!  The poop joke on page 50 is cute and funny. Boys never grow out of poop jokes do they?

Pg 56. Pig socks Rat!!! OMG That is so awesome!! Rat gets socked. Hysterical. Pg 57 The crocs want to eat Muppets. I literally snorted. Also at about 61% in Goat smashes rat over the head. AWESOME.

Love the tribute to Steve Jobs. Although I wasn’t a fan of Bil Keane- the creator of family circus- because he was a Christian crazy, I did read some of the strips and enough to enjoy the tribute to him.

Despite being a fan of Sesame Street (Hey, I have a four year old) I did enjoy the strips that poked fun of it. And of Mr. Rogers which is actually closer to my heart. My fur did get a little ruffeled at the Mr. Rogers making fun of.

Love, love LOVE the Mutts cross overs. Mutts is my other favorite comics. Actually I do love all the cross overs. They are too funny. Also love the Mice and Men strip which is at about 81% in. I do not like the silly Elly Elephant strips which rat writes. 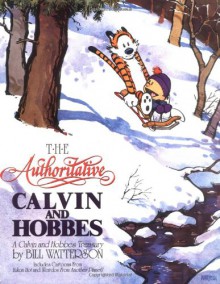 This is technically a re-read as I’ve read all the books. However it’s been so long it will be like reading them new again.  The last time I read these, it was pre having my son. It will be interesting to see how I feel about these now that I have a little boy.

Calvin and Hobbes means a lot to me. A little history. My Dad passed away 2 days before my wedding 5 ½ years ago. Yes, that sucked. Cried a lot of my honeymoon. Anyway, My Dad always loved reading and he is the reason I’m a total reader. My Dad never gave me a hard time for what I read, even if it was Fantasy, something he never liked.  My Dad didn’t read much fiction. However, he LOVED comic strips.  Dad got me into comic strips via Calvin and Hobbes.  So this strip is a huge reminder of my Dad and I was so thrilled when they were recently released for the kindle.  Anyway, Calvin and Hobbes is just as good as I remembered. I’ve already gotten the next treasury for my Kindle. So thrilled to be reading this again, it makes me feel so good.

How damn cute Hobbes is when his tail gets all fluffy/poofy like a scared cat!   LOVE LOVE LOVE

That Calvin really isn’t that bad. Just a little kid

I’m not a huge fan of the giant monsters/fantasy sequences.

“ I couldn’t read it because my parents forgot to pay the gravity bill.”-Calvin

“The Game’s over tuna brain!”

" being a parent is wanting to hug and strangle your kid at the same time."

Go Comics carries the archive for Bill Watterson's popular comic strip Calvin and Hobbes, which ended in 1995 after a long successful run. If you would like to revisit this witty and amusing strip, a new strip is put up on the site every day, or you can access daily updates via a downloadable app. A documentary about the strip and Watterson is due out soon. It will try to show how the artist got ideas from for his creations. A number of his collected works were published as trade paperbacks and can still be found in bookstores.

Click on the strip below to go to the Go Comics site. There are many other choices as well. 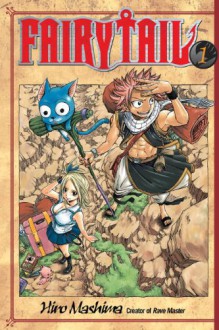