Log in with Facebook
or
Wrong email address or username
Sign up
Already on BookLikes? Log in!
Incorrect verification code
Please, check your email, the code to access your BookLikes blog was sent to you already.
Enter code:
« Back Send
back to top
Search tags: InCryptid 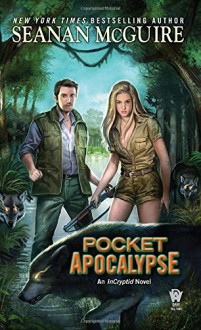 The second of Alex's books, and the best of the two by a clear margin.  This one takes place in Australia, and the author nails the setting, while taking the mickey about (northern) Australia's natural population's inherent desire to kill everyone.  Half-off Ragnarok struggled to get this cultural uniqueness right, in my opinion, so it was a relief to see the improvement here.  Shelby still remained elusive as an individual, but her family members more than compensated.

Shelby's family is why I didn't like this book even more; they're over-the-top asses to Alex and it teetered on caricature.

The plot was good; while I wasn't shocked by the turn of events, I didn't see them coming, either.  I love how the author and Alex brought in the wadjets, using this angle to work in the injustice of ‘otherness’, though the Yowie's (who I loved) circumstances turned what was a subtle but effective highlight on that injustice into something more like a sledgehammer.

The Aeslin mice are here but I did not appreciate the turn of events the author took with them.  Maybe she'd argue it was necessary to the story line, but she'd never convince me.  Luckily it was a relatively short scene.

With every book of McGuire's I've read, I have both enjoyed them and found them problematic.  That I mostly keep coming back (I've skipped a few) for more Price family antics suggests she gets it right more often than she doesn't. 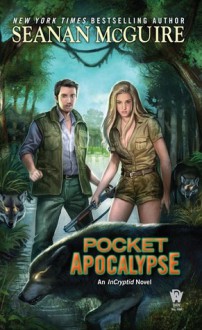 by Seanan McGuire
Book 4 of InCryptid

Alexander Price has survived gorgons, basilisks, and his own family—no small feat, considering that his family includes two telepaths, a reanimated corpse, and a colony of talking, pantheistic mice.  Still, he’s starting to feel like he’s got the hang of things…at least until his girlfriend, Shelby Tanner, shows up asking pointed questions about werewolves and the state of his passport.  From there, it’s just a hop, skip, and a jump to Australia, a continent filled with new challenges, new dangers, and yes, rival cryptozoologists who don’t like their “visiting expert” very much.

Australia is a cryptozoologist’s dream, filled with unique species and unique challenges.  Unfortunately, it’s also filled with Shelby’s family, who aren’t delighted by the length of her stay in America. And then there are the werewolves to consider: infected killing machines who would like nothing more than to claim the continent as their own.  The continent which currently includes Alex.

Survival is hard enough when you’re on familiar ground.  Alex Price is very far from home, but there’s one thing he knows for sure: he’s not going down without a fight.

I surprisingly found this book more enjoyable than the previous one, and I'm not sure if it's just because I've warmed to Alex and Shelby.  For certain, it had nothing to do with the Australian cryptozoologists, the Thirty-Six Society--I didn't like them at all and felt like they all either needed a reality check or a good whack in their heads as a collective.

Neither Alex's nor Shelby's characters are any more fleshed out than they were in the previous book, but I think what really did it for me was all the lore about lycanthropy in the InCryptid world.  I liked learning about how the lyncanthropy-w virus worked, all the new twists to werewolf transformation that Alex talked about, as well as learned about as new surprises were revealed throughout the book.  What I DIDN'T like was how the Thirty-Sixers had a problem and refused to take the expert advice of someone who knew how to handle werewolves.

And even as Alex proved again and again that he was right about what he was telling them, they still continued to treat him like he was some sort of delusional crazy, disbelieving him and even being overly suspicious despite the fact that his own life had been in danger so many times, trying to save others.  I'm in agreement with Shelby--if I'd have come to Australia with an intent to help and ended up being treated like some sort of crazed criminal, unwelcome and unwanted, I would have gotten on the first plane back out of Australia, and screw the survival of a bunch of jackasses who think they know better.

Outside of all of the above, I DO wish that we could have seen more of the cryptids in Australia.  As the series suggests, Australia is an isolated ecological cesspit for all sorts of fun and new types of living creatures, both cryptid and non-cryptid.  I loved meeting the yowie, and I loved watching the Tanner girls get schooled about how they treat their local sapient cryptids.

Now if only Alex could help school the rest of the Thirty-Sixers about how to cooperate with the rest of the sapient cryptids, maybe life on Australia for the cryptozoologists will be easier.  Of course, on the other hand, I have my misgivings about the fact that an outsider had to teach the Thirty-Sixers this lesson, especially since, by all rights, I'd assumed that at least one person or another would have figured out how NOT to treat the sapient cryptids as monsters.

If a huge organization like the Covenant of St. George was able to produce a few dissenters, I'm surprised that a less restrictive organization such as the Thirty-Six Society hasn't yet.

Anyway, I know the next book goes back to following Verity, but further along the line, I wouldn't mind returning to Australia and visiting with one or another of the Tanner sisters, especially Raina, whom, while I did have issues with at first, ended up warming up to her. 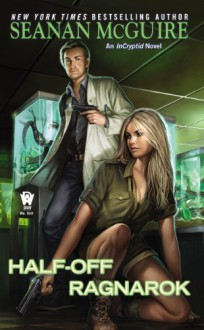 by Seanan McGuire
Book 3 of InCryptid

When Alex Price agreed to go to Ohio to oversee a basilisk breeding program and assist in the recovery of his psychic cousin, he didn't expect people to start dropping dead.  But bodies are cropping up at the zoo where he works, and his girlfriend—Shelby Tanner, an Australian zoologist with a fondness for big cats—is starting to get suspicious.

Worse yet, the bodies have all been turned partially to stone...

The third book in the InCryptid series takes us to a new location and a new member of the family, as Alex tries to balance life, work, and the strong desire not to become a piece of garden statuary.  Old friends and new are on the scene, and danger lurks around every corner.

Of course, so do the talking mice.

I went into this third book in the InCryptid series knowing that we were switching perspectives from Verity Price to her older brother, Alex Price.  I hadn't exactly decided on any kind of expectations, but I was still a bit wary about how much I'd like the book based on what little you get to know about Alex from Verity's POV in the first two books.  And while I didn't really squee or love Half-Off Ragnarok as much as I loved the first two books, I admittedly enjoyed following Alex's POV very much.

Alex Price is a science nerd and his sort of socially awkwardness only makes him so much more endearing.  Especially since this book didn't really focus on the quirks of his personality, even while displaying them in ways that I absolutely enjoyed.  I'm not sure how I felt about Shelby, although she seemed a bit one-dimensional and stereotyped--though this could have just been because of the first person POV wherein we only really get to see things from Alex's perspective.

The mystery of who was turning people to stone was actually a rather great premise to start the book off with, and made this an interesting page-turner... even as the rest of the book felt a bit lackluster.

Don't get me wrong--I absolutely enjoyed myself reading this book.  But somehow it just didn't bring about the giddy feels and the laugh-out-loud moments that I'd found so much fun from the first two books.  This could just be because of the little book time you get with Alex's splinter colony of Aeslin mice, or maybe the absence of a specific carnage-loving Gothic-lolita Waheela whom I ended up loving from the second book.  Even Alex's miniature griffin, Crow, didn't really help much, cute as the little snot was.

Nonetheless, this was definitely a great inclusion to the series, and I actually kind of appreciate seeing the cryptid world from more than just Verity's perspective.  And the nerdy scientist thing that Alex is sporting is quite endearing.

We still could have used more time with the Aeslin mice, though... just sayin'...

1. Threatened with extinction or immediate harm.

2. Home of some of the most unique and varied animal life known to mainstream science.

3. A good place to become endangered.

I decided to take a break from Uhtred and the battling Vikings, and have returned to the world of Alex Price and the Aeslin mice. Which come to think of it, is probably very similar, just with werewolves rather than angry Danes. 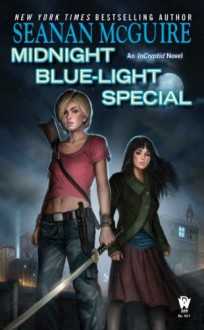 by Seanan McGuire
Book 2 of InCryptid

There was a moment of silence before Istas said, "I was unaware the telepathic girl possessed a temper.   This is pleasing.   Temperamental people are more likely to participate in carnage."

"Sweetie, what have we talked about?" asked Ryan.

Now it was Istas' turn to sigh.  "Humans are discomforted by excessive discussion of their squishy interiors."

"No referencing carnage more than once in a single conversation."

I snort-chuckled!  Istas is fast becoming me next favorite cryptid in this book, the first being the colony of Aeslin mice who live with Verity.  A waheela (bear-dog therianthrope) who's human form is petite and Goth-Lolita, with a thirst for violence and carnage!

Why isn't she also on the cover of this book?  XD

And also, I'm glad she's on Verity's side, and on friendly terms.