Log in with Facebook
or
Wrong email address or username
Sign up
Already on BookLikes? Log in!
Incorrect verification code
Please, check your email, the code to access your BookLikes blog was sent to you already.
Enter code:
« Back Send
back to top
Search tags: Karen-Marie-Moning 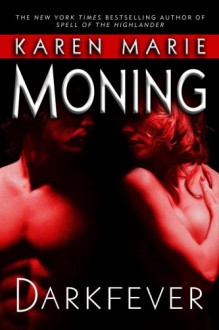 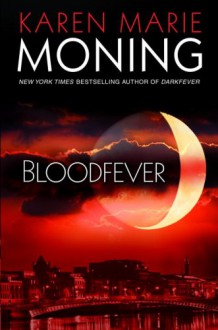 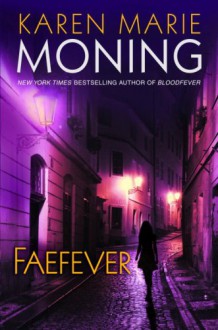 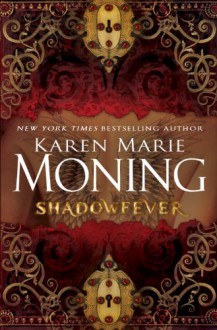 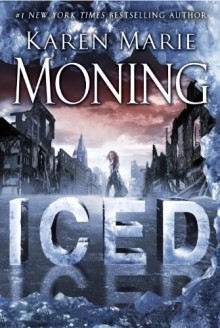 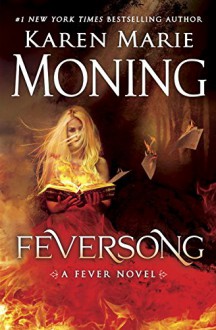 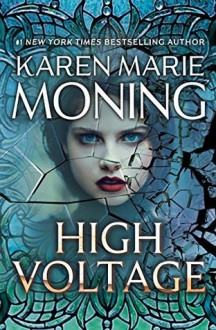 I read the first few books a while back, like when they were first released, they were just meh then. I figured I would give it another shot. Great decision. I tried the audio editions of the books, spectacular decision. I found a few new narrators to enjoy, newer to enjoying audiobooks, and a new favorite books series.

Everytime there was a new narrator for one of these books I would cringe when I first heard their voices. I was worried it would ruin the story for me. It didn't, I enjoyed each of their reading styles, some more than others, but an all around positive experience. I must say I find that I hard time adjusting to new narrators when they switch mid series, like I get lost in the different pronunciations, reading speeds. I didn't have that with these. I must say that at first I did not like the first narrator's southern accent much in the beginning of the first book, but she grew on me.

I love the world these books are set in. There is so much to read about. So many awesome and fantastical elements to the story. The way the world works is nothing short of being one of the most interesting concepts I have read within the genre, urban fantasy. This isn't a place I would want to live in, but it sure is one I love to read about.

I used to not enjoy books about the Fae, but after reading these books and also the A Court if Thorns and Roses books I have very much changed my opinion. I now seek out books with them as a major part of the story.

I read some of her Highlander books a while ago, thinking I may give then another read soon, while these books are still fresh in my mind.

Does anyone know if any other series that follows the same characters and storyline throughout the series that has Fae characters? Preferably as the main, or one of the main focusses. I have read these, A Court of Thorns and Roses, and tried Merry Gentry books. I got bored with the Gentry books, has anyone read them? And do they get better after the first three installments?

The problem I'm having as the series goes on is that it's reinventing things she's written before. Fae were running around on earth in Adam's book, yet supposedly there was a wall to keep them out as per the first Fever book...and every one since really. Hunters were supposedly Unseelie cast but from the sound of it, they likely existed at the beginning of the universe. Along the same lines, it's indicated they were trapped in the unseelie prison until the walls came down, yet they attempted to capture Adam at one point - years before. Early descriptions honestly made me think of a manta ray. Now it's a dragon. Hunters were running amok seemingly at the beginning of the series yet where are they now? And since they're apparently chosen from amongst regular denizens, what is K'vruk's other persona?

Then there's the whole "planets are dead hunters" bit vs the concubine picking a planet with quite a bit of magic left. Does this mean the longer the hunter has been dead, the less magic remains?

So ok, Ryodan informs Dani at the beginning that he and the others of the Nine are going away for 2 years. I get why he was going away - to let her have her freedom. And I get why Barrons was going away - to guard Mac while she learned her new powers. I don't get why the 7 were though. Or where they went. It's revealed that Lor kept an eye on her, but that's still six whatever they were off...counting their toes? Unless an explanation appears in a later installment, I guess this is one of those things where an author has people doing inexplicable things for no reason a'tall.

Did Dani grow any? I can't tell. She still has this "mine" attitude about the city (like a feudal overlord, and with the same contemptuous attitude too). The only thing I could see is that she's suddenly developed new powers howbeit only after threatened by both an old god and Jayne. Jayne of course is still a self-righteous shit. He's convinced somehow he deserves the sword and he doesn't really care that he hurts Dani to get it...kinda like before. Actually, after what he did before, I'm surprised Mac didn't kill him at the first opportunity. But he only shows his face briefly.

Kat finally comes clean to Sean, who is having difficulty with the Unseelie bit (the fact that he and Christian survived the Song is why I wonder if Cruce wasn't an early attempt to convert a human).

All in all though, as the series drags on, I find myself less interested in spending the time/money to keep up. And I suspect the world breaking is going to get worse.

I didn't start on the Fever series until Iced came out - I found it at the local library and i used the due date as a reason to dig out the other 5 and read through them. They were easy to read, fascinating, engrossing... My daughter was reading them at the same time I was. At some point, she grabbed the next book before I could, and got ahead of me. Based on her brief intro to Dani there, she refused to read Iced. I did...and sort of wonder why I bothered really. It was uncomfortable for me (Ryodan was creepy), and the young Dani's contemptuous attitude towards everyone got on my last nerve. I was relieved that she wasn't the star of book 7. Books 7 and 8 though... I don't really remember much about them (was actually a little startled to realize this is book 9). Sad isn't it? My last memory I guess was the Sweeper.

While I got that the original 5 left things unfinished really, somewhere along the line, that spark died.

And now we have this one - a disjointed mess.

I really hate head hopping. The bouncing into Dani's past (those italics chapters), the sudden shifting into someone else's head (Ryodan once - no warning on that one.), spatzing from third person to first person, sometimes present, sometimes not. There's a story in here but the writing of it was not something I could follow without some strong booze, which I'm fresh out.

Random observations - Cruce survived too. Am I off-base to wonder if he didn't start out as human? Maybe an attempt to turn humans fae? And how long (and by long, I mean how long is this going to be drawn out? Because I'm almost to the point of not giving a shit) until there's resolution? Because clearly Mac doesn't know yet what she's doing, and he's in the king's lab, and the king has abdicated, and there's no king...yet. And I have High Voltage sitting here and I know it's mostly a Dani book so clearly not in anything currently published.

I want to read a romance. I kept getting confused on this book if this was the girl who wanted her cherry popped--but no, that was the other KMM series I read. So the voice? It's not different. And it comes down to this little fact: I have no inclination to read 9 books in this character's voice. I don't care how sexy it is. I'm really glad I left that review for the first one, which could've just read like my first couple pages of this:
"I don't know you guys."
Actual review:
https://www.goodreads.com/book/show/112750.Darkfever?from_search=true
(I know, It does sound like I'm convincing myself.)
I still don't know. I never will. No time, patience, or inclination. DNF, 12% no rating.
Like Reblog Comment
show activity (+) 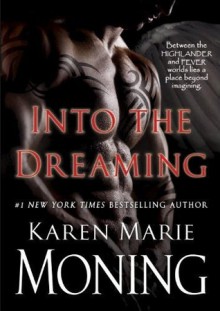 He's endured five centuries in an icy hell, now he has a month to know love and be loved...But he doesn't know it.

The Unseelie king had tricked him into servitude, torturing him to turn him into his perfect soldier, Vengeance. Their bargain was for one month to find love and the king has to keep his end of it. But that doesn't mean he has to make it easy.

Enter Jane Sillee, who, thanks to the Seelie queen, has spent her life dreaming of Aedan MacKinnon, falling in love with him in the Dreaming. It's the Waking that's the problem, since she's suddenly (inexplicably) in the fifteenth century and the man doesn't know who she is.

Well, she won't go down without a fight. She has a month? She's planning on using every single day of it.


This was a rather sweet story, but unfortunately it lacked necessary length to really let the plot develop. Also, the absence of any sort of suspense or dangerous situations (once the assault on the heart and memories of Aedan/Vengeance began) were conspicuously absent, firmly putting this story into the middle-ground range.

The characters lacked any serious depths with the hero spending most of the story as the stoic, icy right hand of the Unseelie king, while the heroine, despite the author's obvious efforts, failed to appear humorous and quirky.


Bonus material:
⇾ I wouldn't mind reading Ghost of a Chance.
⇾ The two deleted (changed) chapters from Kiss of the Highlander were 'not-here-not-there'. An interesting glimpse into what could've been, nothing more.
⇾ And lastly: yes, the Lite version was off. Too neat, too tidy, too tame. There's nothing tame about Dageus MacKeltar.