Log in with Facebook
or
Wrong email address or username
Sign up
Already on BookLikes? Log in!
Incorrect verification code
Please, check your email, the code to access your BookLikes blog was sent to you already.
Enter code:
« Back Send
back to top
Search tags: MbDParanormalYA

Saying that, I didn't realise it was a YA novel until I started listening to it.  I'd probably still have bought it, because Molly Harper, but there was a radical shift in expectations in the first 30 seconds.

This is an alternative England, in a world where people with magic took over the world, suppressing technology because they believed non-magical people would destroy the planet.  Non-magical people, called snipes, are now the serving classes in a society that feels like a dystopian version of feudalism and an oligarchy.  Magic families beget magical offspring, snipes beget ... more servants.  Except Sarah's parents.  She's a snipe and it turns out she has oodles of magic her parents have been trying to suppress so she isn't hauled off.  Of course she's found out and this is the story of what happens after.

This is a sweet story, about magic and the power of friendship.  It's also filled with snark, thank goodness, because sweet is generally not my thing.  Reading it as an adult, there are small nit-pics I could make about the story logic, but they aren't generally the kind of thing pre-teens would notice.  At least, pre-teen me wouldn't have.  Pre-teen me would have been more enthralled with this book than adult-me was, and adult-me was sitting in my car on the street in front of my house for 15 minutes after work so I could keep on listening.  That's a rarity for me, but Molly Harper just knows how to create a story book world that's easy for me to get caught up in, whether it's a YA or and Adult one.

Amanda Ronconi narrates this, as she does all of Harper's other books, but if I hadn't seen the credit on the cover, I'd not have believed it.  The characters are English (and I think Sarah's/Cassandra's family is Irish?), and while my tin ear cannot say with any accuracy that she nailed the accents, she totally sold it to my ears - she sounded completely different; I only heard hints of anything recognisable when she was delivering the snarky lines. 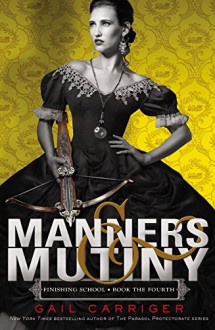 Ahh... the last book.  Sephronia's last year at Madame Geraldine's Finishing Academy for Young Ladies of Quality (Quali-tay).  She's become quite the intelligencer and rather deadly to boot.

The book wraps up the over-all series arc and shares a few surprises too.  There's a bit of romance in this one and I like that it's as daring (for the times/universe) as Sephronia herself is.

I enjoyed the book, but I didn't love it; it lacked the 'oomph' of Carriger's Parasol Protectorate series – and even the first two books of this series.  Still, it was entertaining and the writing, if not necessarily the plotting, is full of razor-sharp wit and humour.  I never thought I'd say it, but I love the steampunkiness of her books and I look forward to reading the first of her newest series: The Custard Protocol - Prudence. 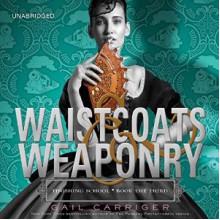 The audio is excellent!  Moira Quirk nails all the characters and does a fantastic job overall. 1 star gets added for narration.

As to the book itself, I enjoyed it, but I kept waiting for the plot to begin; I kept thinking the crises that Sophronia and friends had to solve was just around the corner.  Then, a couple of days ago I looked down and realised there was only another hour or so left to the book and obviously, the plot crises had pretty much come and gone.  For this reason, this book felt a bit flat for me.

Still, I was never bored, and significant changes to the cast of characters Sophronia calls friends take place in this third book.  Everyone is choosing their paths and growing up.

Looking forward to the fourth book later this year. 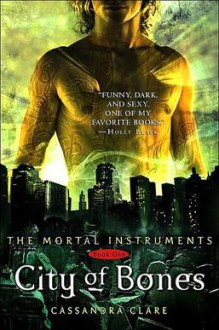 Meh. Great story concept, great characters, but the writing was too wordy and I lost the will to go on. Plus, the second they tried to make Jase her brother, I was done - don't care if it ends up not being true, I don't want to go through the drama that will be the next book or two until it's sorted. 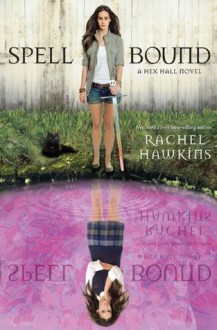 Loved this trilogy. The characters were fabulous - witty, interesting and likeable. The dialoge in this book and the others reminded me lot of the first few seasons of Buffy. Great snark. Even the "nemesis" Edodie is a character you like and cheer on.

The over arcing plot of the trilogy was interesting, the ultimate villains not being the obvious foes. I won't say the story arc was obvious - it wasn't - but it wasn't shocking to me either. But then, I'm a generation removed from the demographic for these books.

I genuinely enjoyed reading these books - I didn't want to put them down until I was finished and the climax of this one left me feeling a bit misty eyed. I'll definitely be checking out some of Ms. Hawkins' other work.