Log in with Facebook
or
Wrong email address or username
Sign up
Already on BookLikes? Log in!
Incorrect verification code
Please, check your email, the code to access your BookLikes blog was sent to you already.
Enter code:
« Back Send
back to top
Search tags: Reformation 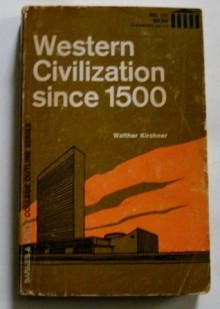 Another great read by Chiah Wilder it was pure entertainment! Olivia and Animal had amazing chemistry and when they were together produced a whole lot of heat.The courtship was one of push and pull as Olivia has had one train wreck of bad choices when it came to men and her last boyfriend just enforced it and also she grew up in the biker life and wanted no part of it do to her father and his poor choices.
Olivia we found to be sweet ,kind ,beautiful inside and outside and out and was a whole lot of feisty.

Animal we found to be a wonderful father, was direct and a bit intense also protective and kind and understanding and was sexy as sin.

Overall we really loved the story that had really great characters who had a ton of chemistry and who were a whole lot of fun.The story had a ton of sexual tension from beginning to end and the story was full of tons of heat and sexual desire.The story was filled with a ton of suspense also with a serial killer and whack job running loose killing and every time you think you had things figured out on who the killer could be it had you thinking that it could be someone else and when the ending came it was one big Omg! moment I didn't see coming and we just love stories like that and when that happens!

This story and the character's in this series a just really great and a whole lot of fun and we really are loving it!The author has created yet again even more characters for us to fall in love with!

For those who have been patiently waiting, the paperback volume of my novellas is here! The Last Lancastrian: A Story of Margaret Beaufort

Once a Queen: A Story of Elizabeth Woodville

Prince of York: A Story of Reginald Pole

I am so excited for this day! Reginald Pole has been the most fascinating person that I have had the pleasure to study. I admire him in so many ways, and, while part of me wishes he had been a bit more ambitious, another part has to admit that is one of the characteristics that makes him so honorable. I hope that you enjoy reading this novella as much as I enjoyed writing it! Bringing back the Magdalena character from the Image comics of last century, this collection is reasonably interesting as it deals with how the mantle of the Magdalena is passed on with an appropriate amount of demons involved.

Unfortunately the artwork is not as good nor clear as in previous incarnations and that sorted of spoilt the general end result. It's OK but nothing particularly special.