Log in with Facebook
or
Wrong email address or username
Sign up
Already on BookLikes? Log in!
Incorrect verification code
Please, check your email, the code to access your BookLikes blog was sent to you already.
Enter code:
« Back Send
back to top
Search tags: advent-calendar

I didn't have an Advent calendar of my own this year, so I'm going to share a picture of my city's traditional one, in the windows of the historic city hall: Task 1: Post a picture of your advent calendar - store bought or homemade.

My family didn't follow this tradition when I was growing up, and I didn't consider doing an advent calendar until recently. I found this inexpensive Victorian style one on Amazon and got it for this holiday season. The doors have tiny little Christmas pictures behind them that are reminiscent of Victorian times. If I get really ambitious next year, I might try making a Victorian themed one myself. 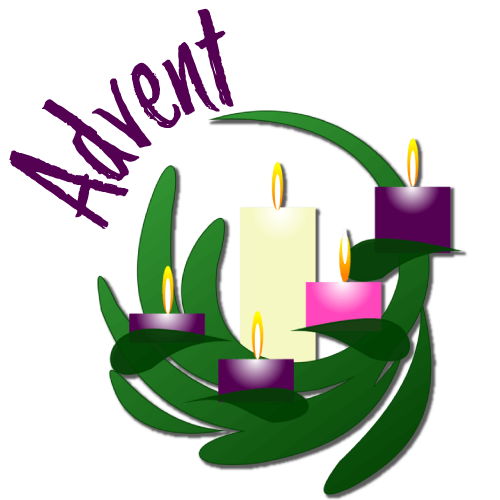 Sometimes it’s the little things that mean the most….

The holidays are a time when bigger often means better, and meals are huge, decorations are over-the-top, and elaborate gifts and grand gestures are one way to show affection. But beneath all the pomp and ceremony, after the grandiose presents have been unwrapped, the stocking stuffers are still waiting to add that final sparkle to the perfect celebration. Even the tiniest trinkets can be gems when they’re chosen with love, and like a good love story, they are held close to the heart and treasured for years to come. The festivities don’t have to end after the feasts and gift exchanges. Dig a little deeper for romantic stocking stuffers both naughty and nice.

Enjoy a tale of men in love with men every day throughout December.

The following are my reviews for some of the stories in Dreamspinners Stocking Stuffer Collection (2017 Advent Calendar) For a full list of stories and their blurbs you can find them on the Dreamspinner Press website.

Ethan’s plans for a lazy day at home away from the madness of last minute shoppers on Dec. 23 are set aside when his sister calls with a crisis that sends Ethan to the Australia’s largest shopping center and a specialty shop aimed at women and his kindness gets the better of him as he comes to the rescue of Ty the only other man in the store and while both men are desperate to escape the retail hell that is the mall at Christmas time, neither man is is in a hurry for their time together to be over.

‘O Hell, All Ye Shoppers’ is a sweet story about two men who find the gift of love at a time of year known for it’s miracles. Ethan and Ty were an adorable pairing and there was a really nice twist to this one that wasn’t totally unpredictable but still added a nice touch to the story that I enjoyed. This ones sweet with some steam and just a hint of sexy times but it definitely left a warm spot in my heart.

Frankie Faraday’s got a crush on his boss, Bill Mason, but it’s going nowhere because they’re total opposites or, so it seems until Frankie and Bill find themselves trapped in the seasonal stockroom with nothing but candy, peppermint schnapps and time.

Frankie and Bill find that they have more in common than either of them ever realized as they get to know each other and discover that the solutions to their problems lies inside of themselves and each other.

Frankie and Bill’s time in the stockroom was cute, funny and held some steamy times. My one little niggle was the jump from Frankie and Bill in the stockroom to after they were rescued was a little abrupt for me and I really would have loved a bit more detail to transition them into being a couple. Otherwise this one was a fun, sweet, angst free holiday story.

Stokely is solid and dependable, he’s got a respectable job and leads a quite life…he tries to always do the right thing but he really hates Christmas…well most of it…everything except listening to Asher Banks a the radio. He loves Asher’s optimism.

Asher’s the total opposite and he loves Christmas and schedules himself to the max with holiday fundraising and community events. It’s at one of Asher’s events that he and Stokely meet and make a connection.

I loved Asher and Stokely and their interactions were so sweet as they got to know each other. ‘Pining for Perfect’ was a warm, sweet story about two men finally being given the best gift of all…the gift of love. The holiday are a really lonely time of year for many and ‘Pining for Perfect’ holds a sense of that loneliness but it’s also tempered with the warmth and hope of the season as well.

Nikko is the court poison master and his loyalties are to his king but it’s the king’s nephew, Lord Rodas who holds his heart. It’s the Solstice Festival a time of celebrations when the king orders Nikko to poison Lord Rodas destroying all he holds dear and placing the fate of a kingdom in the balance.

‘Poison Marked’ was a wonderful historical fantasy about faith, love and being true to who you are. Nikko and Rodas both struggled to follow their heart and their conscience in this one even when it felt like one would be the undoing of the other. I loved the author’s writing style with just over 50 pages the author has written a story that is fully fleshed out and totally enchanted me.

The Probability of Mistletoe

It’s been 10 years since Keith Trainor last saw his best friend Parker Mulvaney and now that he’s ready to start his software company there’s only one person that he wants for his partner both in his personal and his professional life…but how to make amends for a failed attempt at kissing Parker under the mistletoe at winter formal senior year.

Parker should have known that scheduling a high school reunion two days before Christmas was a bad idea but one text from Keith has everything looking better for Parker.

Nothing says ‘tis the season like a good friends to lovers, second chance, feel good story with two sexy nerds under the mistletoe at Christmas time.  I loved that the author gave enough background to give a sense of a connection from the past between these two as friends, without sacrificing the events of the story that was happening in the present.

Cole Peters and James Carducci are childhood sweethearts they’ve been together for years but Cole’s facing a lonely Christmas this year James is deployed. What he’s not expecting is the puzzle box that James sends him as the beginning of a scavenger hunt that could end with a gift to exceed Cole’s fondest wish.

‘The Puzzle Box’ is a story about a gift that is truly from the heart. James takes Cole on a journey down memory lane as he leads him on a scavenger hunt that ends on Christmas eve when Cole receives his final gift.  C.C. Bridges has created a story that’s filled with love in spite of the fact that for most of the story the MCs aren’t even in the same country, not an easy task to accomplish in less than 30 pages but definitely well done.

I was really lucky in that I enjoyed all of my holiday reads from Dreamspinners 2017 Advent Calendar. While there’s definitely more steam than sex in these stories, they still all had me sighing with happiness and contentment.

An ARC of the Dreamspinner Press 2017 Advent Calendar stories was graciously provided by the publisher in exchange for an honest review. Tasks for Advent: Post a pic of your advent calendar.

The cat wasn't in a festive mood (he thought it safer to watch my photo antics from under the living room table and wait 'till I was done), so a red background will have to do.

Anyway, the Lions' Club branch of a small town north of Cologne named Leichlingen publishes these calendars every year as part of a charity lottery: The featured picture is painted by a kid -- it's a different picture each year.

A former colleague of mine is a member of that branch of the Lions' Club and has been sharing these calendars for (at least) the past 10 years.  I got mine today, so it's a perfect fit for my first "16 Festive Tasks" post: square 5 -- Advent. I think this year's anthology theme of Scrooges reigning supreme is great. (You can't tell me that the Scrooges don't reign) It's the only reason why I even looked at this year's Dreamspinner anthology. I felt one with this story's Scrooge, Laurence. He's 33, single and not a big fan of the Christmas commercialism. And if he shreds unwanted Christmas decorations from his office cubicle, so what? They shouldn't be invading his space. I feel he is misunderstood. He stood up to the Christmas cheery and their Christmas sugar, fought the good fight...maybe he might have been a little stern.

But he got his point across. *shrug*

Maybe too well, since he's been at it for years and this year an office mishap lands him in an office holiday planning committee. Mandatory or else. *gasp* And to make matters worse, the committee is being led by a Christmas loving ginger giant by the name of Nick Kringall. Nick tries to complete the impossible with Laurence on his team--throw a big party in a limited amount of time. The two men are forced to work together. During this short period of time Laurence thaws out, Nick seems a little otherworldly, is it a Jizzmas miracle?

Where this story wins is not the Jizzmas cheer, it's watching Laurence realize his flaws, grow as a person and open to let someone in. Also, Matt Burlingame, the author of this story has a fine hand at letting the story unfurl without letting it get lost to Christmas fluff and cheer. There was a speck of feels as there are mentions of past abuse - Trigger warning. There were also moments of cheese--hm, like Cheddar cubes--but it worked to make a well rounded story. And the romance was sweet not sticky. The laughs had a snarky tinge. Thoroughly enjoyed and will be looking for more MM romance from this author (it's his first time!)

On second thought, I don't think it's Jizzmas spirit I feel. I think it was a little indigestion. *burp* ;P