Log in with Facebook
or
Wrong email address or username
Sign up
Already on BookLikes? Log in!
Incorrect verification code
Please, check your email, the code to access your BookLikes blog was sent to you already.
Enter code:
« Back Send
back to top
Search tags: hellrydersmcseries 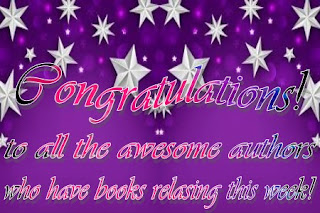 Good Morning Readers! Today I am going on tour with the Hell Ryders MC where a woman has moved in next door to Dodge and his son makes it impossible to ignore her! Enjoy and don't forget to add Riding Hard by J.L. Sheppard to your shelves! Tagline: What's luck got to do with it?

Biker Dave "Dodge" Roth has never cared about his bad luck with women. He has other things to worry about—paying off debt his ex accumulated and most importantly, raising his three-year-old son, Cullen. When a new neighbor moves in, his boy makes it impossible to ignore her. Hard to miss, she's beautiful, smart, sexy, perfect.

After her last failed relationship, kindergarten teacher Alexa "Lex" Millen has decided to do without men. She's bought her first home in a small town in California and remodeled it to her liking. Naturally, she's managed to move across the street from the world's biggest jerk. His son's adorable, but he won't mind his own business. If only her engines didn't rev every time he came around. He’s never cared about his bad luck with women… raising his three year old son, Cullen, but when Dodge’s new neighbor moves in, his boy makes it impossible to ignore her.  She’s decided to do without men, bought her first home in a small town and remodeled it to her liking, but naturally, Alexa has managed to move across the street from the world’s biggest jerk.

The mc romance is an emotionally gripping tale that captures readers’ hearts. Dodge has a precious son and they’ve both been burnt by a horrible woman that readers would love to get their hands on and Alexa has a failed relationship as well, so both characters have some issues which keeps the emotions turbulent throughout the story. But there is also a bit of a communication problem between these two which adds quite a bit of drama and a few chuckles as well. The relationship may be the rockiest one ever, but their chemistry is off the charts and readers can’t help but feel that these two would make the perfect couple…eventually.

The plot is steady paced and in addition to the HEA suspense and the excitement of their courtship, the story also has some suspense building thrills when Alexa becomes the target of some criminal mischief that is not only scary but dangerous as well. The excitement is raised even further by a stunning OMG twist in regards to the ‘bad guy’ so readers can’t help but turn the pages of this book to find out if this explosive couple gets their happily ever after. Riding Hard is the 4th Book in the Hell Ryders MC series. 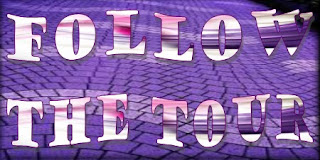 He pulled up to her house, parked, and unbuckled his seat belt. “What’re you doing?”

He turned to her. “Walking you to your door.”

She lifted a brow. “You’re walking me to my door?”

“Yeah. A man drops a woman off, he walks her to her door, makes sure she gets in, and locks the door behind her.”

For some fucked reason, he was rewarded then, the kind of rewards that proved God remembered your name. To him, it happened a lot. Having Cullen was a reward every day.

She laughed, loud, and he got to watch—her strawberry hair around her smiling face, sounding flawless, looking gorgeous. A beautiful laugh, another thing perfect about her.

Even having no idea what she found amusing, he couldn’t help but chuckle.

He wanted to ask what made her laugh.

He wanted to tell her he liked he’d made her laugh.

Instead, he climbed out of his SUV, walked her to her door, made sure she locked it, and headed back to work. J.L. Sheppard was born and raised in South Florida where she still lives with her husband and sons.

As a child, her greatest aspiration was to become a writer. She read often, kept a journal, and wrote countless poems. She attended Florida International University and graduated in 2008 with a Bachelors in Communications. During her senior year, she interned at NBC Miami, WTVJ. Following the internship, she was hired and worked in the News Department for three years.

It wasn’t until 2011 that she set her heart and mind into writing her first completed novel, Demon King’s Desire, which was first published in January 2013.