Log in with Facebook
or
Wrong email address or username
Sign up
Already on BookLikes? Log in!
Incorrect verification code
Please, check your email, the code to access your BookLikes blog was sent to you already.
Enter code:
« Back Send
back to top
Search tags: illustration 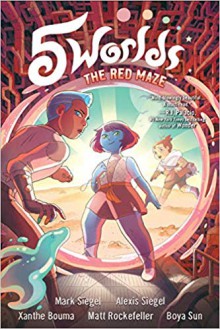 5 Worlds Book 3: The Red Maze by Mark Siegel, Xanthe Bouma, Matt Rockefeller, & Boya Sun is the continuation of the series that I started back in December 2018. [Reviews for Book 1 and Book 2] It's such a fun read but because it's a collaborative project there's a long break in between publishing dates. Therefore, if you're waiting for the next book in the series you're going to be waiting until later this year for it. 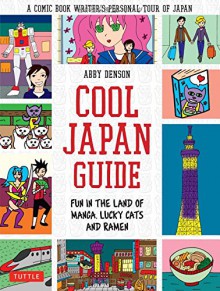 I had high hopes for Cool Japan Guide: Fun in the Land of Manga, Lucky Cats, and Ramen by Abby Denson. Some of this stemmed from the fact that this was recommended to me from a trusted source but more so from the fact that I've so enjoyed the travelogues that I've read in the past (especially Lucy Kinsey's). Sadly, this book fell far short of the mark for me. While this is 'marketed' for a young adult audience the cat character that the authors use for Japanese vocabulary lessons (a great idea in theory) was childish in the extreme. The illustrations weren't anything to write home about either but I think they were secondary to the purpose of providing helpful information to the international traveler. In this the authors definitely succeeded although their advice should be taken with a grain of salt as some information could potentially be out-of-date. All in all it was a 2/10 for me although I did have a craving for ramen right after reading it. 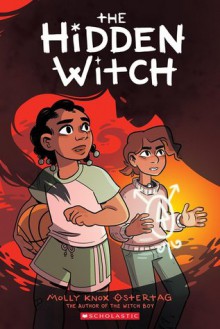 The Hidden Witch picks up where the last book left off but we see that Aster is not the only one in his family unsatisfied with their lot in life. And to make matters more complicated, Aster's non-magical friend Charlie is being hunted by a dark piece of magic called a Fetch. Major themes: gender norms, nefarious plots, finding your way, and being authentically yourself. 5/10 from me as I found it predictable and slightly boring.

What's Up Next: Our Uninvited Guests: The Secret Life of Britain's Country Houses 1939-45 by Julie Summers

What I'm Currently Reading: It Takes One by Kate Kessler 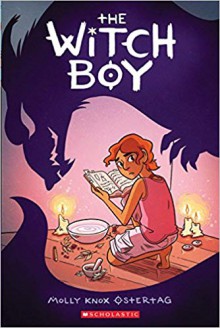 The Witch Boy serves as a basic introduction to the characters and their world. The boys in Aster's family have started going missing, so he decides to buck against tradition and learn the magic needed to find his cousins and stop whatever is hunting his family. Major themes: gender norms, nefarious plots, finding your way, and being authentically yourself. 5/10 from me as I found it predictable and slightly boring.

What's Up Next: Our Uninvited Guests: The Secret Life of Britain's Country Houses 1939-45 by Julie Summers

What I'm Currently Reading: It Takes One by Kate Kessler 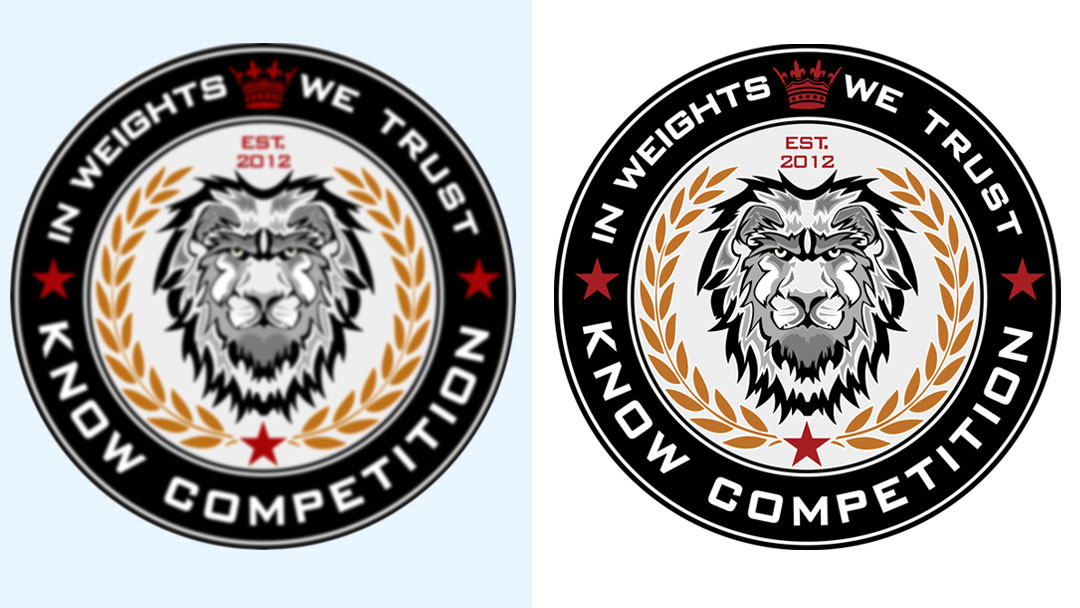 Vector Conversion is the procedure where a raster image is transformed into a vector image. In order to comprehend this more appropriately, we will first of all need to know what a raster image and what a vector image is. A raster image is created of pixels which are small tinted boxes. Thus, in this image, lines and arched edges are created by the correct position of the pixels i.e. inserting the boxes in such a way following to each other that they create the preferred shape.

They are most common in desktops and many other tools such as digital cameras and televisions, and many more. A vector image, however, is created by a vector which are units explained by a procedure stated as mathematical calculations drawn between two points (also known as organizes). They are not as common as a raster image and are created by superior software.

The very common file layouts are eps, ai, cdr and they are widely utilized in the .pdf layout. You might be marveling why a raster image has to be transformed into a vector image or vice versa. The response is that for diverse drawing determinations, one is more valuable than the other. Vector images are flawless for creating multiple logos, embroidery of different types of shirts (it relies on the material) and blankets, and many more.

Raster Images are appropriate for digital images and some types of embroidery. They are not as handy as vector ones for embroidery as they need further information. 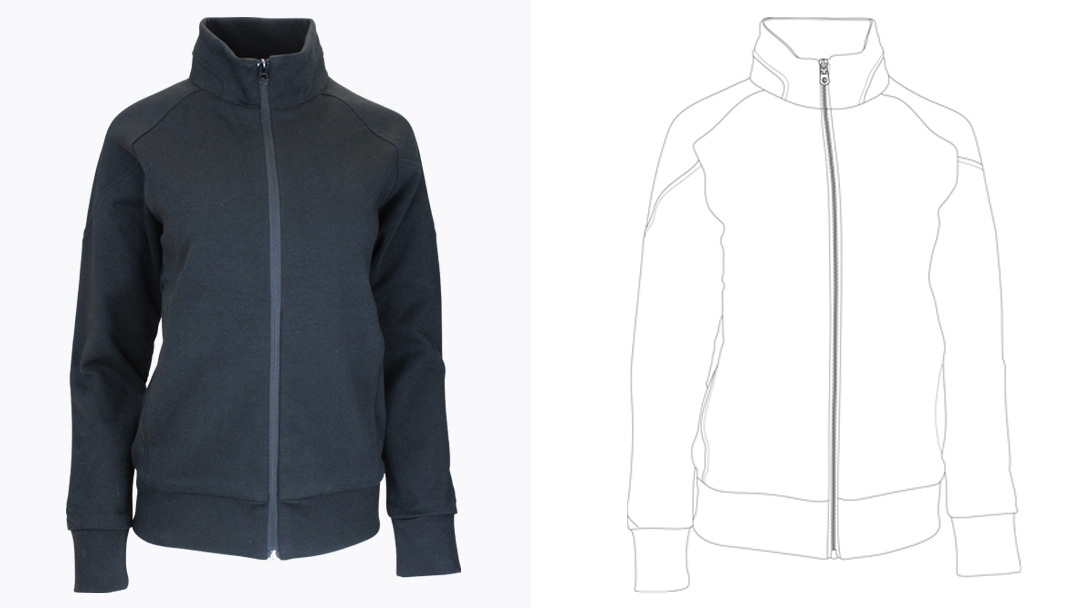 For instance, it has by now been said that raster pictures are created from pixels which are tinted boxes while vector pictures are designed from vectors which are two points combined together by mathematical relations. Thus, it is a type of clear that vector image will be quite easier to replicate on clothing and in any case, will look more noticeable and obvious. Vector conversion can also be adapted more simply because they comprise particular mathematical directions which can be simply altered while to transform raster image software such as Adobe Photoshop is required.

A vector image can be transformed more simply into a raster one than vice versa and they are also ascendable which means they are rasterizable at any determination. This is so because distinct rasterization, vectorization is not a procedure that is above all distinct which means that there is not a single, clear, right technique. The vector images are made up by CAD programs, Corel Draw, and Adobe Illustrator.

The vector image file category comprises numerous layouts such as the DXF, DWG, DGN, HPGL, SVG, EMF, WMF and PDF; these layouts can also comprise raster ones. People from all types of advertising and other businesses utilize these conversions for advertising and various purposes. The price is taken for transforming a raster image to a vector one is also very high and generally, only professionals can perform it. Most popular platforms are utilized to furtive vector images are Adobe Illustrator, and Corel DRAW.

Vector artwork is commonly appropriate for team logo, company logo, prints on sweatshirts, long sleeve shirts, Denim shirts, baseball caps, hats, jackets, bags, aprons, uniforms, blankets and many more. Vector images are also ascend-able and go through just capable at any resolution. Vector conversion has certainly not only designed a new line of proficiency and careers for individuals but it has also heightened innumerable techniques which were laborious and in spite of sewing signs and prints of cloths it has all been electronic and modernized and even all money and time can be saved.