Log in with Facebook
or
Wrong email address or username
Sign up
Already on BookLikes? Log in!
Incorrect verification code
Please, check your email, the code to access your BookLikes blog was sent to you already.
Enter code:
« Back Send
back to top
Search tags: p-medics-doctors 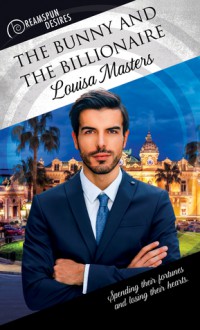 Why authors feel it's OK to introduce a nosy, pushy, inconsiderable and overall annoying female character aka "best friend" into a perfectly good if a tad slow story? To compensate for angst? Because it's not working. All I am thinking about right now is how many stars I should take off.

I hope it won't cross Ben's mind to introduce Dani to Malik. This thing with the Russians is really starting to piss me off. Another "theme"  that seems to be popular lately.

Need an average bad guy? Grab a Russian! Need a brutal murderer? Grab two more! Mobsters? Hey, they are a bunch a dime, why not pocket another six and store them in a cool place, until you need another psychopath? What, Russians are the only nation with the homicidal maniacs on the loose?

I am so fed up with this BS! I tried, I really really tried :/

Originally I gave this book 1.75 stars. Let me correct that now. Book, you're demoted. 1 star. I was bored to tears by the pity fest and the long lists of who did what and where and only sometimes how they felt while doing it.

PS
A warning: brush up on your French and German before you read this book.

I dislike the use of foreign languages without translation immensely, no matter if I know the language or not. It's disruptive and annoying. Worse, if the author gets the foreign language wrong.

But I get it, Johann is Austrian, he is a foreign element in this book, so it's OK for him to speak German, I guess.

Conny, tho? WTF? He is French. We know he speaks French even if it's written in English, cause - obvious reasons. So why does he switch from his (English) French and to (French) French within one paragraph? I know why - to annoy the crap out of us :( This book didn't work for me. I kept getting distracted by characters' musings, which resulted in skimming pages. The ending was so-so, pretty anticlimactic.