Log in with Facebook
or
Wrong email address or username
Sign up
Already on BookLikes? Log in!
Incorrect verification code
Please, check your email, the code to access your BookLikes blog was sent to you already.
Enter code:
« Back Send
back to top
Search tags: publisher-harlequin On her way to start her vacation with her sister, Faith, park ranger Hope Banning gets a call that sends her to a plane crash on a mountain top. Hope persuades Faith to continue on to the white water rafting trip and tells her she’ll catch up when she’s done.  Except this assessment and rescue turn out much different than Hope could have believed and now she and civilian Sam Rutherford as well as Faith and several others are fighting for their lives.

This story is a bit frustrating, but overall not a bad read. There is plenty to love about the characters and the writing, but the plot stretches the bounds of believability a bit. Add in majorly stupid decisions by smart people, physical trauma that doesn’t seem to slow anyone down and an ending that drags along for far too long and the balance ends up somewhere in the middle of the road. It could have been better, but it also could have been worse. I do love the characters though. They seem so real. Nora Sutherlin is a notorious writer of steamy erotica and she’s trying to get her newest book published with respectable publisher, Royal House Publishing. She wants their best editor, the young and handsome British fuddy duddy Zach Easton, to edit her book, but he wants nothing to do with the purveyor of smut. However, they strike a deal and if he likes her book by the time she’s rewritten it and he’s edited it then he’ll sign her contract. But there’s more going on in both their lives than just a book. Who will be the victor in this butting of heads?

This book had been on my TBR since 2012 and while I was intrigued enough to stick it on that shelf there was always something telling me I wouldn’t like it so I kept pushing it further down the list. At the urging of friends who loved it and a gifted copy I decided to give it a go.

It started off pretty good. I liked all the characters, the writing was great and there was some mystery and witty dialogue. And then Nora does some shit that I find reprehensible. On top of that, she can’t seem to have a normal conversation. Everything out of her mouth, and I mean everything, is some kind of sexual reference or innuendo and frankly it got so incredibly tedious I wanted to just slap some duct tape over her mouth for the rest of the book. Or maybe sew her lips shut since she loves pain so damn much.

I started out hating Søren and liking everyone else, but by the end of the book Søren was the only true-to-himself character and everyone else were just fucked up liars. I would never be friends with Søren, but at least he was honest. Oh, and don’t get me started on the “twist” to Nora’s story. Can I just say how moronic it was and leave it at that? I rolled my eyes so hard I thought they would fall out of my head, roll across the floor and the cats would bat them around for fun. I’m done. Do I need to say I will not be continuing with this series? I’m so disillusioned I’m not even sure I want to try anything else by this new-to-me author. 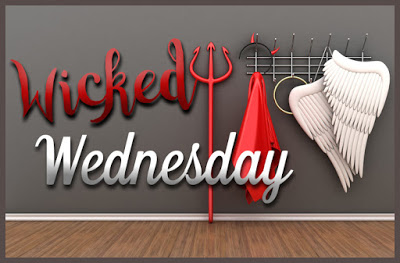 As a glassmaker and a magician-in-training, Opal Cowen understands trial by fire. Now it's time to test her mettle. Someone has sabotaged the Stormdancer clan's glass orbs, killing their most powerful magicians. The Stormdancers—particularly the mysterious and mercurial Kade—require Opal's unique talents to prevent it happening again. But when the mission goes awry, Opal must tap in to a new kind of magic as stunningly potent as it is frightening. And the further she delves into the intrigue behind the glass and magic, the more distorted things appear. With lives hanging in the balance—including her own—Opal must control powers she hadn't known she possessed… - powers that might lead to disaster beyond anything she's ever known.

First, we listened to the Study series and really enjoyed it, so we thought continuing in this world be entertaining. Well, it kinda sorta was. We like Opal as the protagonist and some of our favorite characters are back, such as Leif, Yelena, Fisk, Ari and Janco. Unfortunately, no Valek. There are new characters introduced with various results: everyone likes Kade, doesn’t like Ulrich and agrees Devlin makes a good villain.  The mystery is twisty, turny and keeps us guessing and the villains are appropriately villainous. The overall story arc is pretty good even though by the end the mystery isn’t really solved and there are some ends not tied up. It is a trilogy, so we know they will be eventually. However, the narrator ruins it for us. Yes, we really, really enjoyed Gabra Zackman’s narration of the Study series, but we were prepared to give Jennifer Van Dyck a fair shot. However, she mispronounced some words, made Janco sound Russian and, in general, we didn’t care for her narration. So we won’t be continuing with the series. K and I have read the books, but T hasn’t. He’s ok with not listening to any more since he’s not a huge Fantasy fan anyway. Plus, Valek is his favorite character and since he won’t be showcased in Opal’s series, it’s no great loss to him.

“Yippee. I’ve been promoted from fire lighter to delivery boy. I’ll write a letter home to Mother. She’ll be so pleased.” ~ Leif

“I know I hated magic for a reason," Janco said.

"Congratulations. This is the first time you've had a VALID reason to hate something," Ari countered. "Remember your campaign against sand?"

"Sand! Horrid little stuff. Gets everywhere. I had a perfectly good argue--"

“Everyone grieves in different ways. For some, it could take longer or shorter. I do know it never disappears. An ember still smolders inside me. Most days, I don’t notice it, but, out of the blue, it’ll flare to life.” ~ Opal Gia Renyard wants a sexual fantasy weekend with her hot coworker, Luke Monroe, so her friends help her plan how to make it happen. When he’s in Vegas for a convention she shows up in disguise as Vanna and seduces him into her bed. But will reality live up to fantasy?

The sex is hot, but the rest of the story is lukewarm. Neither Gia or Luke impressed me. I really didn’t care about either one of them. It may have been because the story was short, but golden boy Luke and geeky Gia just didn’t strike the right notes with me. Plus, their hot sex in Vegas confused me. How long were they in the hotel room? Just one night? They sure went at it like crazy for such a short time. And if they were there longer (like that night, the next day and night) and Luke was supposed to be at a convention talking up the products why didn’t anyone report him missing? So, if it’s just the one short night, Gia & Luke realize they’re head over heels in love in just a few short hours. They had time for all that sweaty sex AND hours of serious talking. Sorry, it just bugs the crap outta me. I had a hard time with the timeline. Anyway, not badly written, just not my thing. Jordan McAdam owns the website Need to Know where women can get the 411 on the male dating pool in D.C. When women complain about the men they are dating Jordan does everything she can to verify the claims made against them. Her best source of information is the temp agency she uses to get close to the men in question. It’s through the temp agency she meets Forest Redder, the sexy, rich bachelor who’s not listed on her site. He’s the type of guy she hates, but there’s something about him that makes her hot, hot, hot. In any case, she has no intention of getting to know him better. Until he uses his pull to get her a temp job in his company because he wants to get to know her better. Forest typically gets what he wants, but he’s never met someone like Jordan. Who will win the battle of wills?

This is a creative and decently written contemporary romance. The sexual tension builds quite nicely and when the sexy steaminess finally happens it’s woo doggy! Both Jordan and Forest have baggage they need to overcome and it’s done fairly well for how short the book is. I like Jordan, her friend Elle and Forest’s friend Wen, but it took me longer to warm up to Forest. Probably because I’m not big on the ultra alpha males. He does tone it down further into the story, so I ended up liking him quite a bit by the end. I’d like to see Elle and Wen get their HEA, maybe with each other? Hmmm…