Log in with Facebook
or
Wrong email address or username
Sign up
Already on BookLikes? Log in!
Incorrect verification code
Please, check your email, the code to access your BookLikes blog was sent to you already.
Enter code:
« Back Send
back to top
Search tags: read-in-spanish I can’t say this is an objectively bad book, but I can say I really disliked reading it. It’s an absurdist version of Guatemalan history from the 1950s through 1970s, told through the eyes of a boy named Maximo as he grows toward adulthood. This passage toward the end, as Maximo begins to explore his own writing, seems to encapsulate its philosophy (translation is mine):

“I’ll exaggerate. I’ll lie. Chingolo says that to be understood one must lie. It’s another way of getting inside someone. Begin lying fast and furiously and they’ll start to hear me. Lies are sacred, Amarena.”

The mid-19th century was a turbulent, bloody time in Guatemala, and this book is full of brutal, gruesome scenes and imagery, but in a way that seems over-the-top, disconnected from real historical events: there’s a guillotine set up in the capital’s hippodrome to execute losing jockeys; a wealthy couple kills two servants for their attraction to one another and displays their body parts; leaders of a prostitutes’ strike are executed in the manner of Aztec sacrifices, their hearts cut out with obsidian knives before throngs of people in a stadium while the American ambassador, who demanded vengeance for the death of some official, looks on approvingly. Knowing little about Guatemalan history, some of these incidents were easier for me to understand in terms of the author’s message than others. Overall though, it shouldn’t be taken literally, which for those of us unfamiliar with the place and time covered, is disorienting.

Curiously, I did a bit of online research to try to map some of these fictional events onto actual ones, and my key takeaway was that English-language sources tend to portray this period of Guatemala’s history as one of racial terror, i.e., massacres of the Mayan population. This book, on the other hand, portrays it as a period of political terror: a succession of dictatorships masquerading as democracies, the streets ruled by thuggish forces who rape and murder at will, school forever cancelled due to one political disruption or another (in what I assume is another exaggeration, Maximo “graduates” high school without ever attending a day of class; each year, school is cancelled and the students promoted anyway). I am not quite sure how to view the discrepancies between these two versions: Americans glossing over their own country’s role in overturning democratic governments unfriendly to American interests? The author glossing over genocide carried out by, I think, his own racial group? Or perhaps it’s just that this book is mostly set before the genocide really picked up, in 70s and 80s, but that ethnic cleansing naturally tends to overshadow what came before it? As with much of this book, I was left with more questions than answers.

But overall, it’s a difficult book to read, both in the way it’s put together – lack of quotation marks and speaker attributions, sudden jumps in time between paragraphs with no section breaks, etc. – and in its horrific subject matter: not a chapter passes without something gruesome and terrible, whether it’s decomposing bodies littering the streets or the lengthy and graphic rape scene midway through the book that results in permanent disfigurement for one of the victims. I can’t speak to the merits of this book for those more familiar with the time period discussed, but I’m really just glad to be done with it. 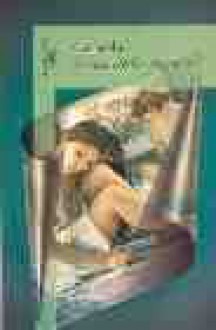 I wasn’t sure about this book, which is long, little-known, and apparently only available in the original Spanish. But it presents an interesting story, if a meandering one; it’s semi-autobiographical, and more fictionalized biography than tightly-plotted novel. Carmela Macker is born into a well-off socialist family in Cochabamba in the the mid 20th century, becomes a guerrillera as a teenager, experiences love and tragedy, has several lovers and two daughters, becomes a journalist, runs for political office, and goes into and out of exile in a variety of Latin American countries as Bolivia goes through periods of dictatorship and democracy. The book’s timeline starts out scattered – going right from Carmela’s birth to the abrupt departure of her partner of many years in middle age – but around 50 pages in, it settles into a chronological structure that persists for the rest of the book.

It’s an interesting story, consisting primarily of short chapters, and with a lot of ground to cover the plot doesn’t ever linger for long in one place. It’s primarily told from Carmela’s third-person perspective, though on a couple of occasions it tells the stories of other guerrilleras whose connection to Carmela is tenuous, but whose capture by the military government exposes them to horrors that Carmela herself never experiences. There’s not a lot of physical action – situations that would have been milked for additional drama in a purely imaginative drama resolve themselves more quietly here – but there’s always a lot going on in Carmela’s life and the political realm in which she operates. I learned a fair bit about Bolivian history, though the author is perhaps not an entirely objective source; while Carmela ultimately leaves partisan politics, there were a few passages that made me wonder, such as the view of food rationing as a necessary sacrifice for the greater good during her time in exile in Cuba.

Even so, I was glad to read this book; Bolivia is a fascinating country about which not much has been written, and although this presents only one economically privileged perspective, it was still great to get an insider’s view of the country. I didn’t always like Carmela or agree with her choices – in particular, her embarking on an affair with a married playboy when she has a partner and young daughter at home, all presented as if she were powerless to stop herself from giving in and falling in love – but I found it to be a lively, readable story, full of political and personal reversals and characters who, one way or another, are always able to adapt. It’s too bad this hasn’t been translated to English, but for those who are able to find and read it I think it is worth the effort. This is an interesting short novel, set in Equatorial Guinea and as far as I know, only available in Spanish. It reminds me of a lot of African fiction centered around the lives of people living in traditional rural communities: Mema, The Dark Child, and The Purple Violet of Oshaantu are similar choices available in English.

This book is narrated by a young woman named Nnanga, who is married to the eponymous Ekomo. The book begins with an omen of imminent death in their village, and follows Nnanga's story in a generally linear fashion, though there are sizeable flashbacks to her childhood and youth as a dancer, and some detours to relate legends and marital disputes in the village. It’s a colorful story, with forbidden romance, kidnapping of brides, a nude dancing ritual, and a journey to a medicine man, and the plot consistently kept me engaged. Until the end it felt mostly upbeat; at the end I wasn’t entirely sure whether the author meant to criticize cultural practices that harm women, or the introduction of foreign ideas into Africa. (The introduction writer focuses on the latter, but then he’s a man.)

But it’s fair to say that I’m not the best reviewer for this book, because I didn’t entirely understand it. Spanish is not my first language, and because the language of the book is relatively simple, I didn’t spend much time looking up words as I went. The copyediting could use some work: there are a lot of typos, and the lack of section breaks for major topical shifts may create confusion.

Overall though, an interesting book that immerses the reader in the narrator’s life in rural Equatorial Guinea. I wish I'd understood it a bit better. 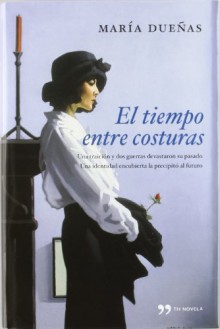 This is a fun, lively work of historical fiction, which I thoroughly enjoyed. It follows the adventures of Sira Quiroga, who in the 1930s is a young, immature Spanish seamstress from a working-class background. She makes some poor life decisions which leave her alone in Morocco, indebted and unable to leave the country, and through a combination of dangerous adventures and hard work, manages to grow up and open a high-class dressmaking business. Which comes in handy for the Allies in World War II, when she is recruited as a spy.

I am typically less critical of books I read in Spanish, since the language requires much more concentration from me than English; this book I enjoyed almost entirely for its fun and sometimes exciting plot, rather than for any exceptional character development or insight into human psychology. But it is a lively and enjoyable plot, and I was quickly immersed in Sira’s struggles. The book provides a satisfying balance between lighter and darker elements: unlike in a lot of historical fiction, which focuses on the wealthy and privileged, the obstacles Sira faces are major and the stakes often high, but at the same time she builds a support network that keeps her story from ever becoming too dark. Similarly, most of the book takes place against a backdrop of war, but Sira waits out the Spanish Civil War in Morocco and spends WWII in Spain, so never encounters war firsthand. It’s a balance, in other words, that allows the story to be gripping without being brutal, and fun without being frivolous.

It’s also a good choice for readers who like to learn about a historical place and time through fiction: even while Sira has her own personal struggles, the book is engaged with its historical milieu, and real historical figures play major secondary roles. It does tend to assume (at least in the Spanish edition) some knowledge of the Spanish Civil War, prompting me to do a little of my own research. And I certainly learned from it; I had little knowledge about the bond between Franco and Nazi Germany, for instance, nor how close Spain was to entering the war on the Axis side. The author’s background is as a professor, and she does an excellent job of combining rigorous research with great storytelling.

Overall, this isn’t a life-changing book for me and it’s one I’ll remember more for its enjoyable plot than other literary accomplishments, though in terms of writing style and especially doing the research it is a cut above the general run of historical fiction. I enjoyed and would recommend it. 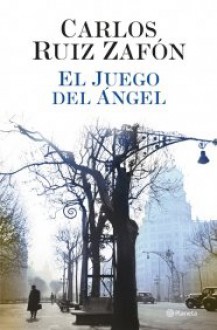