Log in with Facebook
or
Wrong email address or username
Sign up
Already on BookLikes? Log in!
Incorrect verification code
Please, check your email, the code to access your BookLikes blog was sent to you already.
Enter code:
« Back Send
back to top
Search tags: the-book-of-death Death Notes: The Beginning- Book 0 by James Hunt is an entertaining short book. I gave it four stars.

"To her, every death matters. And she won’t stop until the scales of justice are balanced.

No matter how hard she tries, Homicide Detective Adila Cooper can’t outrun her past."

Death Notes: The Beginning- Book 0 by James Hunt is an entertaining short book. I gave it four stars.

"To her, every death matters. And she won’t stop until the scales of justice are balanced.

No matter how hard she tries, Homicide Detective Adila Cooper can’t outrun her past."

url 2019-03-16 11:05
Mystical Traditions and Metaphysics of Sound Learning from the Ancient Egyptian Book of Death

Mystical Traditions and Metaphysics of Sound Learning from the Ancient Egyptian Book of Death consciousness, Symbols and Signs

True Name of god and Ancient symbols and frequencies 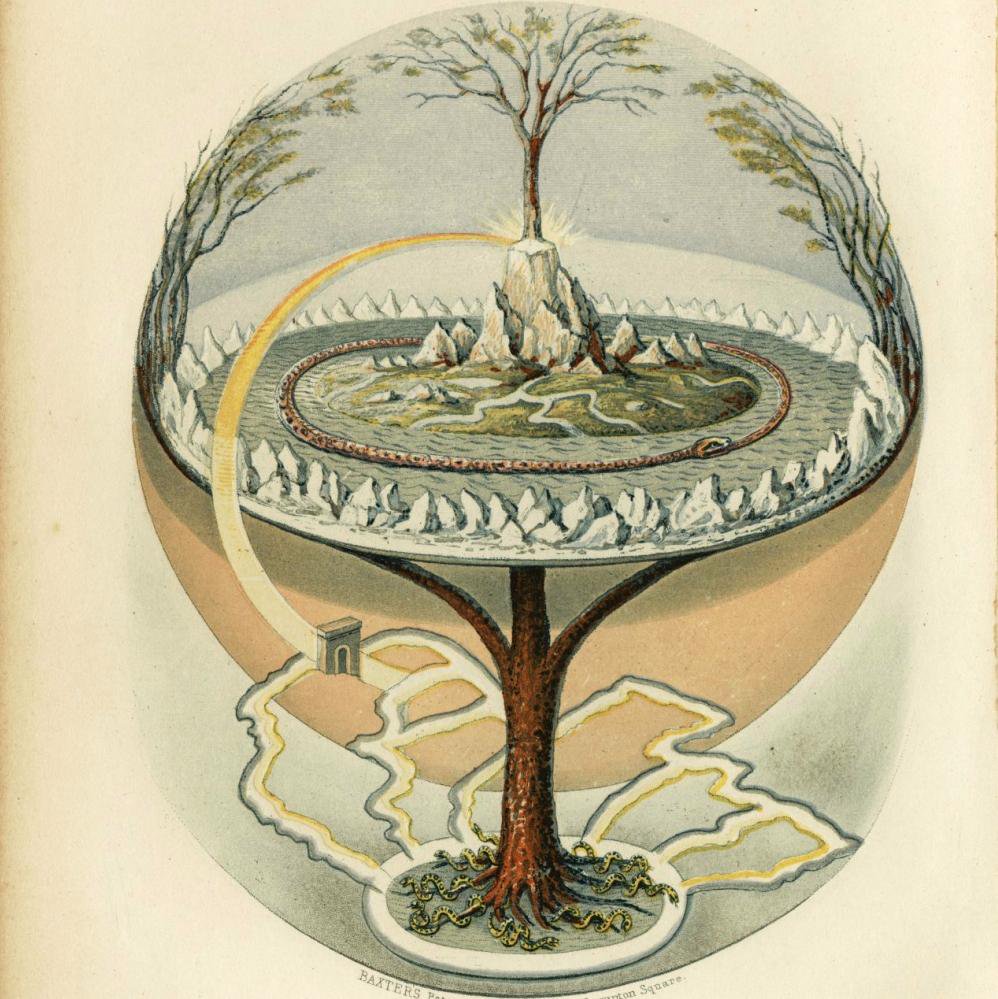 Yggdrasil Tree of Life from Prose Edda, an Old Norse work of literature written in Iceland in the early 13th century. In 1847 painted by Oluf Olufsen Bagge

Those who follow Talmudic Jewish tradition do know יהוה or “Yahweh” to be the name of God; yet we all know that the word is substituted with a different term, so not to pronounce the name of God in vain... "This is a powerful addition to the Redemption series. A family vacation in a tropical paradise - what could be better? Unfortunately, paradise doesn't last long for Alex as she's thrown into a world where greed is only the tip of the iceberg. The lengths that some will go to in the name of profit are only matched by the lengths Alex will go to in the name of justice." reviews Liliyana Shadowlyn

"I am still shaken by the events that transpired, far from home with no support in a corrupt law enforcement how can Alex and Ozzie (and their loved ones) get out of this alive? You will just have to read AT Death's Door to find out..." reviews Ebook Addicts UK

It's the perfect system -- for the rich and powerful.

But who has the guts to take them down?

All it takes is a slight shift in the tectonic plates and two thousand miles later, a tidal wave engulfs the Big Island.

This time, the deluge is in the form of greed and treachery. And many in the land of paradise will do anything to keep it hidden under the surface.

But when severed limbs start rolling onto the shore, Alex has another thing in mind -- even when her heart is gutted. Despite the shock of a lifetime, Alex won't stop until someone pays the ultimate price.

Will she be destroyed in the process?

Get AT Death's Door now!

Read more on the #book, series and author here...
https://beckvalleybooks.blogspot.com/2018/07/at-deaths-door-alex-troutt-thriller.html

Mallory the Death Witch can talk to ghosts which should really help her as a murder detective. But cryptic messages from a drowned ghost aren’t that helpful in actually solving their murder

When a second almost murder happens nearly right in front of her - and both victims seem to be heavily politically connected which brings even more of a level of pressure and complexity - and personal risk. These are powerful enemies to make

This book adds nicely to the world building in nicely gentle, non-info-dumpy ways. I really like how the book expanded on Selkies, giving us lots of hints about their culture without necessarily sitting us down for a lecture. Similarly the references to how magical beings had obviously faced brutal persecution and predation was referenced - and by referencing it we got the full history and ideal without actually having to lay it all out there. Similarly we have references to different magical creatures beyond the immediate ones we’ve seen as well as the different gods of the witches: and how those can blend with other traditions (one of Mallory’s friends is Jewish and a witch)

I really like how the world building is done in this book - in this series - this general gentle build, the exposure to many elements of the world time after time but never actually throwing a lot of it at us in a way that is false or confusing or irrelevant, making it all grow naturally

And I really like its depiction of police work, complete with so many red herrings, frustrations, complete lack of leads, going back, trying again, and again, looking for some clue. No easy fx, not quick answer with lots of wild theories on the way. And at the same time the police actually have lives, none of this idea that they should all spend every waking moment on the job. Yes they have lives and friends and hobbies and exercise and go running on a full moon through werewolf haunted woods (hey I didn’t say they did sensible things in their free time. Though, honestly, while I this is the kind of decision that would normally make me roll me eyes, I really like how this was portrayed. With mallory planning her perfect day, having it disrupted and promising herself that she could still salvage it, she could still get in that run, even as it increasingly became obvious she couldn’t, she promised herself it and couldn’t let it go. I can see that - because it’s the sort of thing people who do. Who like running, I guess. I mean, i find the whole thing quite bizarre, but if you sub in “pizza” for “run” then it makes a lot more sense). And they don’t spend all their time focusing on one case either. This murder matters - but there’s a lot of crime out there!

The plot just works with all this, her friends work with this and I love the world building

An element about Mallory and Jakob’s relationship - it is rare and interesting to have a series start with a relationship rather than have them fall in love and build a relationship during the series. I like the idea of that as it starts us in a very different place and also avoids fast forwarding the relationship. We also have Mallory and Jakob living very different lives which is also very different from most of the genre. Jakob is a vampire but he’s also a businessman, he has his own life and job and it doesn’t really intersect with Mallory’s job as a police detective. This is, again, really unique and I like it - I like that they have a relationship and don’t constantly live in each other’s lives and Mallory doesn’t have to fall back on Jakob’s woo-woo, resources or anything else. It’s surprisingly unique and I like it a lot

But… and I feel nitpicky saying it… I don’t have a huge sense of their relationship. Certainly not that they’re in love to the point of her moving in with them because they don’t seem to spend a lot of time together… I mean they spend time together - and have sex. He cooks for her - which is nice; and I really like how this goes into his past about how he faced famine and lost family members. This is excellent on several levels because it stops romanticising the past and adds an extra level of pathos to what living hundreds of years means and how it can leave long lasting scars. I mean it’s great about his development - but for their relationship? The one thing they willingly share together is now kind of pathologised… and it was all they had was sex (and they have a lot of sex - and I’m not against sex but they need something other than sex, desperate feeder obsession and Painful Conversations About Vampires). The few social occasions they spend together - going to his church for mass (she’s not religious), a birthday party for E (which Mallory spent all evening being kind of a less than pleasant grump), watching the super-bowl (which Jakob isn’t really interested in). I get tolerating your partner’s hobbies, believe me, I’m endured a lot of inept attempts to learn how to play musical instruments - but your relationship needs to be more than sex, deep-seated insecurity and then tolerating each other.