Log in with Facebook
or
Wrong email address or username
Sign up
Already on BookLikes? Log in!
Incorrect verification code
Please, check your email, the code to access your BookLikes blog was sent to you already.
Enter code:
« Back Send
back to top
Search tags: 20th-century-england 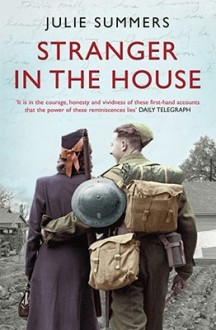 Funnily enough, I read this book last even though it was the first one that Summers wrote on the subject. Stranger in the House focuses on the men returning from the war and the effects that the war and separation from hearth and home had on themselves and the women in their lives. In the early 20th century, there was no real understanding of PTSD of which many POW (especially those who were imprisoned in the Far East and worked on the Burma Thailand Railway) suffered. On average, they were only expected to live a further 15 years because of the severity of their wounds and the maltreatment that went on for such an extended period of time. Those that lived beyond this were not considered 'lucky'. Most of the men who returned from war never again connected with their families because they were so changed and nothing of their experiences was ever discussed. Because Summers used secondhand accounts from the wives, daughters, and granddaughters coupled with primary written sources this is a unique perspective on a much discussed topic. 8/10

What's Up Next: The Gods Themselves by Isaac Asimov

What I'm Currently Reading: Kindness and Wonder: Why Mister Rogers Matters Now More Than Ever by Gavin Edwards 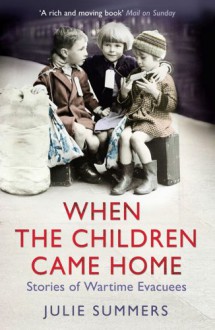 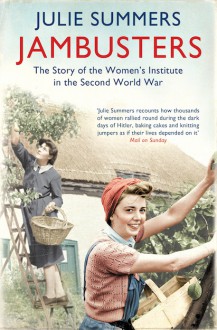 While I enjoyed reading all of Summers' books, Jambusters: The Story of the Women's Institute in the Second World War was my favorite of the lot. This volume was specifically about the role that the Women's Institute (WI) performed on both the national and county levels. These women played hosts to evacuees, took over the role of primary household manager, assumed the responsibility for the nation's food production, and so much more. Not only was the WI important during the war for the nation but even more so for women who made up its membership. The main goal of the WI was to provide a space for women to socialize (there's real value in this) and educate themselves on everything from how to preserve food and stretch out their meager rations to animal husbandry. (Many local chapters kept farm animals which they then sold to raise funds for war work.) I knew that they were a social group but I had no idea just how large of a role that they played. This just reinforced how amazing women truly are. 10/10 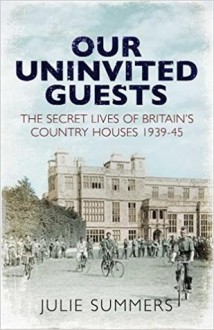 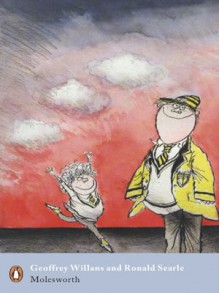 The Compleet Molesworth by Geoffrey Willans and Ronald Searle (co-creator and illustrator) had been on my TRL for ages. I was intrigued by the illustrations that were depicted on the cover and its comparison to my dear Roald Dahl. This is a classic children's series (bound together in its entirety here) about a boy named Nigel Molesworth who narrates his time in a boy's boarding school called St. Custard's. Willans captures the spirit of boyhood in a private boarding school especially well owing to his being a Headmaster himself. (This is even funnier once you get to know Headmaster Grimes who is particularly fond of the cane.) This book is replete with bad spelling (evidenced in the title) and absolutely stunning illustrations by Searle who was a satirical cartoonist (perfect for this series). Molesworth and his buddies get up to many hi-jinks and shenanigans which are generally instigated by our hero. Amidst all of this tomfoolery Willans and Searle have taken jabs at the inequalities of the classes by showcasing the Head Boy Grabber as only being placed in such a prestigious position because his parents shell out lots of money. (The Headmaster is greedy and generally does all he can to cut corners most notably with the selection of food offered to the students.) If you can get used to the bad spelling, grammatical errors, made-up slang, and seemingly arbitrary abbreviations for everything you will see why this has held up as a true children's classic. It's witty, cutting in its bluntness, and in general everything I hoped it would be. 10/10

What's Up Next: Space Dumplins by Craig Thompson