Log in with Facebook
or
Wrong email address or username
Sign up
Already on BookLikes? Log in!
Incorrect verification code
Please, check your email, the code to access your BookLikes blog was sent to you already.
Enter code:
« Back Send
back to top
Search tags: Dennis-Lehane 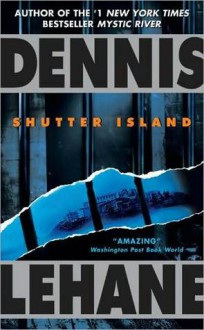 So this book was okay, but the ending was a letdown especially since when you think about things in a logical way you realize that what was really going on was pretty dumb. The book drags a lot too. The movie managed to move things along quickly with a lot of great imagery. Lehane in this book though makes you go over and over things and you quickly get tired of the investigation. It's not until the final reveal of things that the book gets moving in my opinion. I thought the prologue did a nice job of setting things up, but the rest of the book did not read like the same person was supposedly writing about Teddy Daniels.

"Shutter Island" takes place in 1954. U.S. Marshal Teddy Daniels has come to Shutter Island to investigate the disappearance of a patient, Rachel Solando. Rachel murdered her three children years earlier and is fixated on finding them now. Rachel has been sent to Shutter Island, the home of Ashecliffe Hospital for the Criminally Insane. Apparently only the worst of the worst are sent to Shutter Island. Teddy we find has lost his wife and is coming to grips with losing her and has constant memories of her while on the island. Teddy and his new partner, Chuck Aule quickly set up a rhythm with each other. Teddy though also starts to see that Rachel has left clues about herself and the island and Teddy wonders what is really happening at the hospital and starts to suspect that something fairly sinister is happening with the doctors and patients.

I can't say much about the other characters in this book. We focus mostly on Teddy and his run in with the doctors and in some cases patients that he finds locked up.

The writing was okay, but started to get repetitive to me after a while. There's a reason for that we find out later on. The clues and numbers that Teddy is trying to figure out just take long to go off in the later part of the book with the reveal. The flow was pretty bad though. I thought this book would be exciting to read I watched and loved this movie when I saw it years ago. I remember being in the theater and gasping at the reveals and loving the images on screen.

The island is a pretty perfect place for an investigation I thought. Shutter Island feels ominous and the beginning about rats trying to swim away from the island was not only bleak, but a creepy bit of foreshadowing.

The ending was a letdown in this one. I liked how more clear it was about Teddy's choice in the end in the movie. The book sets it up and you realize what is happening, but wish it had been more explicit. I´m really in the mood for a reread. And since this book is set on an island with an insane asylum on it, this book fits perfectly the psych square. 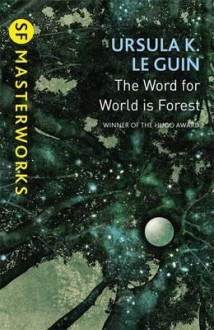 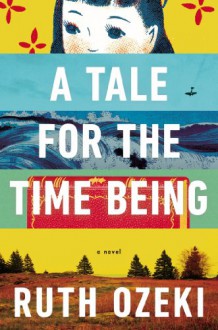 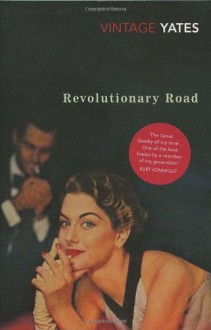 My Family and Other Animals by Gerald Durrell: I adored reading about young Gerald, his animals and his whacky family. It´s the perfect feel good read and I consider this book to be the bookish equivalent to the movie Mamma Mia.

The Word for World is Forest by Ursula K. Le Guin: Leave it to Le Guin to tell the most tropy story in a refreshing, engaging and deeply moving way. Out of all the Le Guin´s I have read so far, this is my favorite.

The Expendable Man by Dorothy Hughes: There is one specific thing about this book that turns this into an exceptional and unforgettable read. And this is all I´m going to say about this book.

A Tale for the Time Being by Ruth Ozeki: Or you could swap this book with "My Year of Meats". Both books are amazing and Ozeki is an exceptional writer.

Revolutionary Road by Richard Yates: A gut-punch of a novel.

Honeysuckle Cottage by P.G. Wodehouse: The most charming and sweet haunted house (short) story ever written.

Sovereign by C.J. Sansom: This stands for the whole Shardlake series, book number three has been my favorite so far, though. The mysteries are compelling, the setting of Tudor England is glorious and Shardlake is one of my favorite characters ever.

Shutter Island by Dennis Lehane: This is so good. The setting, the atmosphere and the story are simply amazing. When Sean Devine and Jimmy Marcus were kids, their fathers worked together at the Coleman Candy plant and carried the stench of warm chocolate back home with them.

I've had this book on my tbr since 2016 and I finally got around to reading it thanks to Snakes & Ladders. :) I landed on space #35. Has been adapted as a movie.

The book starts with the boys during childhood and sets up the story of Dave's abduction. Then we fast forward 20-something years and see the boys as adults with wives, children, and careers. The suspense builds gradually and the sequence of events that leads to the unfortunate conclusion of the story involves a great deal of coincidence and bad luck.

I watched the movie a couple of days after I finished the book and I loved it. They did a great job with the adaptation and only changed insignificant things. I highly recommend this book (and the movie) to fans of suspense dramas.

As I said, I read this for Snakes and Ladders and also for the Goodreads HA Mount TBR challenge.