Log in with Facebook
or
Wrong email address or username
Sign up
Already on BookLikes? Log in!
Incorrect verification code
Please, check your email, the code to access your BookLikes blog was sent to you already.
Enter code:
« Back Send
back to top
Search tags: Mayor 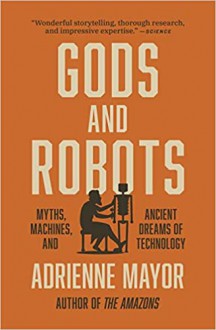 The first robot to walk the earth was a bronze giant called Talos. This wondrous machine was created not by MIT Robotics Lab, but by Hephaestus, the Greek god of invention. More than 2,500 years ago, Greek mythology was exploring ideas about creating artificial life--and grappling with still-unresolved ethical concerns about biotechne, life through craft. In this compelling, richly illustrated book, Adrienne Mayor tells the fascinating story of how ancient Greek, Roman, Indian, and Chinese myths envisioned artificial life, automata, self-moving devices, and human enhancements--and how these visions relate to and reflect the ancient invention of real animated machines. Revealing how science has always been driven by imagination, and how some of today's most advanced tech innovations were foreshadowed in ancient myth, Gods and Robots is a gripping new story of mythology for the age of AI."

This is an interesting and informative overview of what ancient myths (mostly Greek and Roman, but a few others) have to say about machines, robots, artificial intelligence (i.e. creatures made not born) and their implied philosophical questions.  The book also provides a chapter that covers the mechanics and technology during antiquity.  Mayor provides an eye-opening and transformative manner of looking at the ancient myths. I enjoyed this scholarly book a great deal. 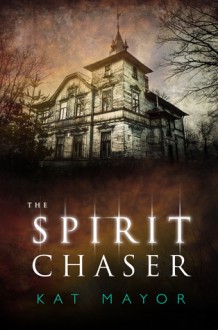 This story starts right in the heat of the action. A paranormal investigator team enter a property that has had no human residents for a long time but is infested with spirit entities, including a demon. The group leader pushes things because they have a television program and they are recording for the season finale, and naturally things go wrong. His best friend, the group psychic, becomes possessed by the demon.

The team includes a priest and holy water helps extricate the demon, but not without collateral damage. The friendship suffers turmoil and the psychic refuses to return to work with the team, though he promises to help vet a replacement.

The action in the beginning is fast and the characters are well fleshed out. This one grabbed my interest and held it at the start. It even got diversity in early, in the form of the psychic's over protective gay boyfriend. However, the following couple of chapters had me wondering if I had made a mistake.

Our introduction to the female replacement psychic started out with some misogynist antagonism followed by a lot of emphasis on ripped guys, including a big red flag, the word 'hawt' spelled that way. I became concerned that an exciting ghost hunting story was about to turn into a Harlequin Romance novel.

It also pushed believability on a few points, most notably that the first psychic suffers from clinical depression, followed by learning the group leader has a strict health regime because encountering sometimes malevolent spirits, including demons, requires extreme physical and mental discipline. A depressive would be an easy target for a demon, so what could they be thinking?

Apart from that, the gay character angle was pushed too far to fit into the story organically and soon began to look like an agenda. I'm all for diversity in characters but it needs to flow naturally.

As the story progressed, it became clear that the central plot was about the relationship between the new psychic and the group leader. Romance readers might like it for that very reason, but I had plucked it out of the Horror section with different expectations. The haunted house encounters also started to lose believability from the second one, which had too much 'hero wins all despite odds' to it.

The writing itself was generally good, but a little too dragged out. Repetitions about the leader's health routine and what he ate along with the psychic's continual unfavorable comparisons of her body type against the prettier women who were always around the group leader got too whiney for me to like her and Austin was too much of a control freak for me to like him much.

As I said, a Romance reader might enjoy this as the setting is more interesting than the usual cowboy/highlander/construction worker stuff, but it just wasn't for me. Giving it 3 stars because that first chapter told me the author can write. She just didn't write what I wanted to read. 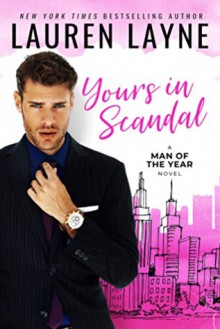 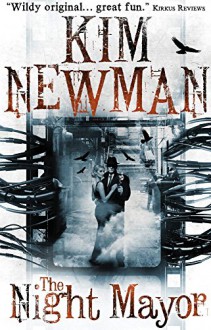 A prisoner 'escapes' into a Dreamworld of his own making, where it's always 2:30 am and it's always raining.  2 professional Dream creators are sent in to bring him out before he takes over the AI controlling the country? world?  not sure on that.  But they have to do it before getting sucked into the story.

If you like the old black and white murder mystery movies from the 40s & 50s, this is loaded with them.  Names, titles, slang, descriptions.  You name it.

The story is set far in the future where now watching movies is done as Dreams. Or at least I think that's what the Dreams are, since they call old films flatties.  And apparently, these future people think that what was portrayed on film was how it was in real life.

If it doesn't work for Dark and Stormy Night it should fit elsewhere.