Log in with Facebook
or
Wrong email address or username
Sign up
Already on BookLikes? Log in!
Incorrect verification code
Please, check your email, the code to access your BookLikes blog was sent to you already.
Enter code:
« Back Send
back to top
Search tags: Tom-Angleberger

A Venus Flytrap and a goat--who could imagine them as a PI partnership but it works.  Small vignettes of mysteries to be solved with the Venus Flytrap as the gumshoe and the goat as the sarcastic sidekick.
This is different and unique.  The short vignettes will keep the attention of the early chapter book readers.  It's fun and unexpected in the duo.  I look forward to more.
Humor childrens mystery
Like Reblog Comment 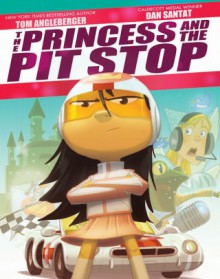 You could really feel the energy inside this children’s book with its bright, bold illustrations and the words the author chose to include in this text. It’s a wonder that the Princess decided to continue with the race, after what her Fairy Godmother told when she made a pit stop. The Fairy Godmother informed the Princess that she only had one lap to go in the race but the real problem was, the Princess was already in last place before she stopped.
As the announcer gave a play-by-play of the Princesses last leg of the race, I liked how the text was sometimes set off by interesting text boxes. It created an energy and excitement to the novel. The text also carried all kinds of text sizes which were also fun. The illustrations contained dazzling colors, as the Princess raced across the page with her race car trailing a rainbow behind it.
I liked all the different fairy tale characters that competed with the Princess. Their illustrations were fun to view. It was the play on words with these fairy tale characters that I feel, deserve the most credit. As the Princess raced beside her competitors, she gave them a run-for-their-money as she, “blew the doors off the Big Bad Wolf,” “smoked the Three Little Pigs,” “honked the Golden Goose,” and ”….butted in front of the Three Billy Goats Gruff!” The Princess raced to be in front of a variety of fairy tale characters as the author created a fun, unique to publicize the news. As the finished line came into view, who would win this race?
This was a cute book with a simple story line. Simple is the word here, so enjoy the illustrations and the author’s text.
Like Reblog Comment 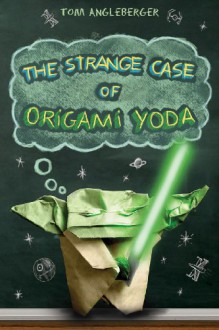 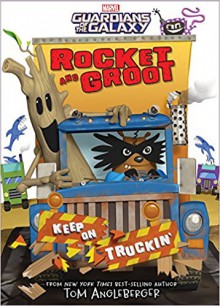 And this was dirty.  I don't know how intentional that was, but I ended up snickering throughout this thing.

I can easily see a child reading this and not picking up on anything, but, boy, as an adult reading this...  Man, that was fun!   I did enjoy this on a level it was meant to be enjoyed: as an innocent kids book.   It was fun, and Rocket not wanting to be hugged, and just wanting to blow things up was credible.

It was fun, and funny, although there's no way to do a child's book about Rocket in his current incarnation - as opposed to how he originally appeared - without bending the word, and the characters, a bit.

Angleberger did an excellent job of mixing that super adult world, and making Rocket as in character as possible, while also making him kid-friendly.   (Although I wish Marvel would put out more adult novels for the adult characters, and leave the kiddie books to the child-friendly characters, to be honest.)

I was going to give this four stars, but, man, that layer of potentially unintentional adult humor pushed it up into five.   Short break so I don't get a huge migraine from too much sun exposure.  I came in to snack, to get some more water, and to write this review.  I'm going to stay inside long enough to read a comic or two, then probably back outside.   (See, with the beach I would have given up long ago.   The porch is nice because I have an awning that I'm considering using, and even if I don't, I step inside to all the comforts inside the house, then go out again when I want.  I'm going to porch it up as much as possible this summer!)