Log in with Facebook
or
Wrong email address or username
Sign up
Already on BookLikes? Log in!
Incorrect verification code
Please, check your email, the code to access your BookLikes blog was sent to you already.
Enter code:
« Back Send
back to top
Search tags: Twisted 
Stirred shakes up the heart while putting the hormones on high alert. Cohen and Jamie are one heartbreak short of a country song. Love is never easy and Ferrell refuses to gloss over the pain to get to the happily ever after. Cute and steamy give emotions quite a beating but the beauty of hope never stopped lighting the way. 
Under your skin and into your heart stays forever on your mind. Ferrell is repeat offender on my MUST READ list. She speaks to that hidden piece of self-doubt and inspires it to become an ember of hope. Georgia and Archer continue my infatuation with the Twisted Fox series. They dare to be vulnerable, have to be frustrating and refuse to be forgotten. 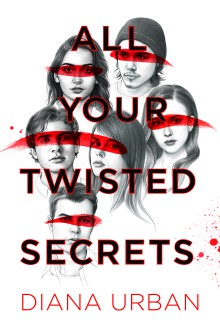 The teens each arrived to their destination, following the details of the invitation that they each received.  They were looking forward to a fun-filled evening.  After all the years of studying, staying up late, and doing countless problems, they were finally getting their reward. Yet, as the teens looked around the room and did the math, they realized the numbers weren’t adding up. Then, someone noticed the something strange in the room and the note.  What kind of a reward were they getting tonight?  And who, just shut the door?

As they read the note, a more serious mood replaces the relaxed atmosphere that once inhabited the room. They had just one hour, one hour to pick someone to die.  Was this a joke?  Who would do something like this? Now what?

I liked the premise of this book as it sounded like something that I could really get into. In a book like this, I always wonder what I would do as I read what the characters were actually doing. It was interesting how the author chose such a variety of individuals to lock inside this room together but in the end, it all made sense.

The novel continues to switch from present to past tense throughout the book, to tell the whole story.  I wondered sometimes if it would have been a better story if just one of the characters told us the story from the past instead of having us readers switch back and forth.  I know some readers hate (I know hate is a powerful word) books that have the back-and-forth reading.  I felt in this book, that I was doing A LOT of switching back and forth, almost too much for me.  Did I like any of the characters?  Not really. There were quite a few of them to keep track of and I thought a few of them were self-centered.

I enjoyed the book and the twists that came with it.  After I finished reading it, I got to thinking, wow, this all happened in one hour!  They only had a one-hour time limit.  That sure was a ton of stuff to happen and think about in one hour.  The book addresses depression, suicide, and bullying.