Log in with Facebook
or
Wrong email address or username
Sign up
Already on BookLikes? Log in!
Incorrect verification code
Please, check your email, the code to access your BookLikes blog was sent to you already.
Enter code:
« Back Send
back to top
Search tags: barista 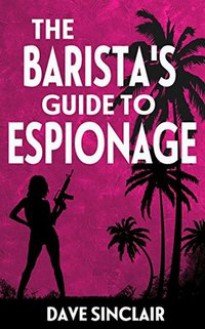 All her adult life, she'd dated men who were bad for her. Men who treated her dreadfully and undervalued her worth. She knew that, she'd always known that, and yet she failed to break the cycle. There had only been one man who'd treated her with respect and as an equal. It was a shame he'd also threatened every government on Earth and drawn UN condemnation.

Eva ran her finger around the rim of her pint. Why were all the best kissers hell-bent on tearing down the world?

This is just your typical story of a feminist, stripper-turned-barista, who falls for an super-rich aspiring super-villain, and ends up holding the fate of the world in her hands. I'm going to stop right there -- my attempts at synopsizing this just aren't paying off. Here's some of the back of the book blurb:

Meet Eva Destruction, the only thing quicker than her mouth is her talent for getting into trouble. It’s true she’s always had an eye for a bad boy but when she falls for billionaire super-villain Harry Lancing, it seems that even Eva may have bitten off more than she can chew.

Eva hurtles headlong into terrorist attacks, assassinations, car chases and the occasional close encounter with a dashing spy who seems as determined to charm Eva into bed as he is to thwart Lancing’s plans to bring down every government on earth.

As the odds begin to stack up in Lancing’s favour the fate of the world lies in Eva’s hands. Luckily for the world, Eva Destruction isn’t the type of girl to let a super-villain ex-boyfriend with a massive ego, unlimited resources and his own secret island get the better of her.

Eva, Horatio Lancing and the MI6 agent are entertaining characters -- the action scenes are exciting. There's a car chase that's remarkably good. But the banter, verbal sparring and jokes are where the real fireworks are found. It's almost like Amy Sherman-Palladino wrote an action film.

A few caveats I should issue for some of the regulars around here: Early on, there's a sex scene that is entirely too graphic, and unnecessarily so. I liked what Sinclair achieved with it and the aftermath. But He could've achieved the same (or practically the same) result with a little less detail. There are further references to sex if you can get past this one, but nothing that comes close to the detail of this one scene. It's probably PG-13 afterwards, actually. Additionally, Evan utilizes some of the more creative swearing you've read. It's not anything you'd care to repeat anywhere near a mother armed with a bar of soap mind you. But creative nonetheless.

Eva is smart, witty and determined -- it's easy to see why men are fawning over her (even without the looks). She's the kind of character you like reading -- she's sure of herself, and yet really, really not. I love reading about someone who is just awesome with zero self-confidence in certain instances. But when push comes to shove, she comes through in a way worthy of Jason Bourne or Frank Martin.

This book is essentially a cartoon -- it's over the top, exaggerated, and entertainingly hyperbolic. But Lancing . . . I tell you. For a would-be global dictator, there's something appealing about him. He's described as "Snowden with an agenda and Assange with charisma," and truly (often) seems to only want to hold governments/government officials to their word. "You promised the voters X," he essentially says, "deliver X, or I'll release the videos of you in a compromising situation with a 14-year old." A motivation that many people would agree with, and a capability that doesn't seem that outlandish -- especially compared to the rest of the story, Lancing seems realistic -- realistic-ish, anyway.

There are so, so many quotable lines in this book -- it's practically impossible to pick one to focus on. This is like early Evanovich -- just with the sex, swearing and violence turned up a bit. I think it went on a bit too long, and could use maybe 50 fewer pages. But it was so much fun, I don't want to complain too much. <b>The Barista’s Guide to Espionage</b> is a big explode-y ball of entertainment and Dave Sinclair is someone to keep an eye out for. 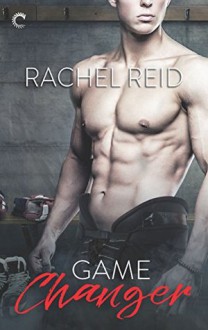 Scott plays hockey and he loves it.  He hopes to do it for a long time.  He is also starting to see how lonely his life is.  It is time he does something about it.  Not lying about who he is might be a place to start.

Kip is a barista who is thrilled to meet someone as hunky as Scott.  Never thought he would see him again, the flirting seemed innocent.  When he starts coming to his shop often, he starts to think there may be more to these visits.

This was a sweet and sassy book about two people meant for one another.  The banter is right on, the pace was nice and steady, and the heat was off the charts!  I loved this book and had a hard time putting it down.  I give this story a 4/5 Kitty's Paws UP!

***This ARC copy was given in exchange for an honest review by its publisher, and Netgalley. 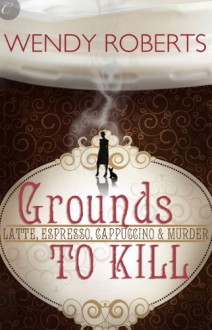 Jen is a barista with two big secrets. First, the homeless guy who keeps coming by the cafe where she works and who she keeps giving day-old baked goods to is really her paranoid schizophrenic father. And second, she has an ability known as automatic writing – someone or something writes messages to her via her left hand. Her latest message: “Dear Jen, Arthur is screwing Misty.” Arthur is Jen's cop boyfriend, and Misty is Jen's half-sister and nemesis.

Jen dumps Arthur after confirming that he did, in fact, sleep with Misty. Then she decides to get back at Misty with some dog poop. It's a spur of the moment thing, and it isn't until after she lobs the poop into Misty's apartment that she realizes that Misty is lying dead on the floor, her throat slashed.

As my description indicates, Jen isn't the most mature person ever. I really, really didn't like her. It was more than just the dog poop incident – it was nearly everything about her and the way she interacted with the world.

After she read the message to herself about Arthur cheating on her with Misty, she went to Arthur, took his loaded gun, and pointed it at his crotch while she interrogated him. I get that she was angry, but what sane person does that? Later on, they both demonstrated their incredible grossness and stupidity by sleeping with each other after Jen, in a bout of fear and worry that her dad might have been involved in Misty's death, called Arthur. Who sleeps with a person who recently pointed a loaded gun at your crotch? Who sleeps with a person who made you so angry that you pointed a loaded gun at them? Why did these characters have to be so awful?

I also didn't like the way Jen bashed the cafe's part-timers for being skinny. Her comment to one of them: “Grab a muffin or three. Put some meat on your bones before you cut someone.” (51) And no, she didn't mean it in a snarky friendly way – she didn't even consider the part-timers worth the effort of remembering their names. Even Mitch, her coworker, thought her treatment of the part-timers was a bit much.

Speaking of Mitch, I spent a good chunk of the book wondering if he was going to be Jen's obligatory love interest. On the one hand, books like this often have a love interest, and he seemed like the most likely one. He was good-looking and willing to let Jen cry on his shoulder if she needed to. On the other hand, I disliked Jen enough that I couldn't help but think that Mitch was too good for her. He was even a better barista than she was. His only failings were that he teased her for taking baked goods to the homeless guy near the cafe (he didn't know the man was Jen's father, but that still didn't excuse the teasing) and that learning about Jen's automatic writing freaked him out. The relationship between him and Jen petered out before it even began. I'm not sure why the author bothered, unless there are plans to turn this into a series.

The most appealing thing about this book was the mystery. I genuinely had trouble figuring out who the killer might be, although I had suspicions that turned out to be correct. The killer's efforts to cover their tracks were very messy and unfocused. The aspects that initially caught my attention, the coffee shop stuff and the automatic writing, were so-so at best. Like I said, Mitch was a better barista than Jen was. Also, Jen's automatic writing only cropped up a few times. It was briefly mentioned that the spirit that spoke through Jen was probably someone close to her, but nothing ever came of that – another indication that this might become the first book in a series.

However, even if a second book gets published, I'm not planning on reading it. Grounds to Kill already gave me more of Jen than I really wanted. I'd rather not subject myself to more. 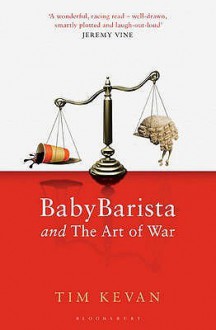