Log in with Facebook
or
Wrong email address or username
Sign up
Already on BookLikes? Log in!
Incorrect verification code
Please, check your email, the code to access your BookLikes blog was sent to you already.
Enter code:
« Back Send
back to top
Search tags: dont-even-bother 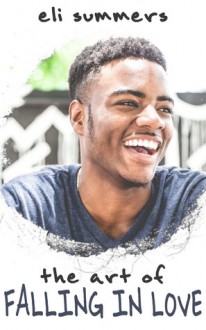 There be spoilers. I'm pretty pissed off at the moment. What a waste of time this was.

I only liked Holden. And even he was an idiot. But I could empathize with this struggles - coming to terms with his feelings for another boy, figuring out that he's bi-sexual (though I'm not sure why he'd think that, since he hasn't even had a girlfriend), and dealing with being bullied at school, on top of living with an asshole father and a doormat mother, unable to live up to his Golden Boy older brother, who was much less an asshole than I expected based on how his character was initially set up. Holden's best friend of 14 years (Tiffany) is abandoning him for a boy, though I'm honestly not even sure why Holden thought of her as his friend in the first place - she was nothing but a bitch to him.

All the characters in his book are one-dimensional card board cutouts. You have the rich boy jerkface who thinks he can throw his daddy's money in everyone's face, the bitchy-only female, the pedophile principal (ew, ew, ew, what the fuck was that shit, touching Holden inappropriately, talking about blow jobs to make a record go away, and then comparing his dick to Aaron's whose dick he presumably knows NOTHING about), and the cheating daddy fucking Holden's best friend, who's - you guessed it - suddenly pregnant.

None of the characters, including Aaron, the love interest, made any fucking sense with their actions. Not a single one. Not Holden thinking he can just go to the city and enroll in college, and find a job that will pay him enough to cover his cost of living, not Aaron, whose pillow talk was the most ridiculous thing I've ever read in a romance novel, not Jeff, the jerkface, not Tiffany, the bitch, not the principal (what the FUCK was that shit), and not Holden's parents.

At one point Aaron's father leaves for a conference of some sort in Seattle - which, super convenient, amirite, so Aaron and Holden can have a sleepover and sex it up (virgin ass and all), and we're supposed to believe that a small town mechanic goes to a conference, leaving no one to work on the cars in the shop?

This book was an utter mess, and I don't just mean the stilted, unrealistic dialogue and ridiculous plot. The editor was MIA, and the proof-reader took a vacation, I guess. Grammar seemed optional.

Men don't have a g-spot. A virgin like Holden, never having even CONSIDERED gay sex, has likely not heard of the prostrate. And he sure as fuck wouldn't call it a g-spot.

At one point, Aaron says "Open Says Me". I suppose the author meant OPEN SESAME. How was that not caught? Then a few pages later, Aaron opens the condom and puts it on, with HIS TEETH. On himself. Uhm, sure, whatever floats your boat. I guess you're super bendy. Never mind the holes you just made with your teeth, you moron, which sort of defeats the purpose of putting on a condom in the first place.

And to top off the editorial proof-reading fuckery, in one instance HOLDEN is called AARON.

And, and, and... there's no HEA, not even a HFN - the couple has broken up at book's end because Holden is leaving town and Aaron isn't. We get a "To Be Continued" as if that isn't something you should tell your readers up front.

Not recommended. Possibly the worst book I've read this year. JFC. Yeah, I know it's YA, but young adults would like to read good books. And this isn't a good book.

I'm so sorry, Secret Santa. I was swayed by the blurb and the positive reviews, and I now regret putting this book on my wishlist. I kind of hate that you wasted your money on this, even though I truly appreciate you getting it for me. What the heck did I just read? This was one odd story, with a barely a plot, a TSTL MC and a writing style that left me out of breath like I just ran a marathon just from reading it.

This was a free story from the M/M Romance group's Love Is An Open Road event, and therefore automatically gets one star for the time spent freely to write it, but man - what was this?

And then, to add insult to injury, asshole comes back with his tail between his legs, and Maris feels sorry for him? WTF?

Thanks to the author for participating in the event. I am so mad right now, I probably shouldn't write up this review, but I will anyway.

TO BE CONTINUED is NOT an ending. That's just a ploy to get readers to buy your next book in the series as well. So uncool.

Now, for the book itself - while I can't claim to have lived in the time in which this story supposedly takes place, I am fairly certain that the language used here didn't quite fit the times. I also thought that the characterization of Ben was too uneven, and Logan lacked common sense. I don't know what he expected to accomplish by riding in a blaze of glory into a Sioux camp on his own. Seriously, his plan was doomed to fail from the start.

I did appreciate the realistic sounding depiction of the atrocities committed during the Indian Wars, from both sides. The inclusion of the deluded Mormons was also a nice touch - that stuff did happen. The story flows at a fairly rapid pace, and I didn't quite buy that the two men would be having sexual relations so frequently in such a short amount of time, under the circumstances in which they find themselves. While it's nice to think that they so in lust to forget everything around them, that's not entirely realistic.

I had some issues with plot holes (like a Captain running a fort not mustering his new Privates, but whatever), and thought that the inclusion of a tornado as a plot device was, if not far-fetched, a bit too convenient.

Also, lots of people during those times died from losing a limb or even a hand, because of gangrene. And while Captain Logan Harris might be tough, I had a hard time believing he'd be up and riding about in a day or two after getting his hand viciously chopped off. Laudanum will only do so much.

Yeah, this was not a good read for me. And I'm still angry about the non-ending. YMMV.

** I received a free copy of the book from the publisher. A positive review was not promised in return. ** Jeeze, seriously under impressed with this issue. Ugh. There were a few lines that made me smile, but most of the writing seemed lame. I guess the woman in issue one isn’t a main character as she was barely in this issue as well. Well I have to keep reading the series as I bought all 7 issues that are out. But I did not like this one at all. 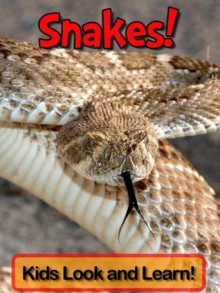 One of my new year reading goals is to try to finish reviewing all of these Look and Learns that I got for free from Amazon.  Work and life got really hectic during December so I hope with the new year, I will be able to find some more time to reviewing these. In any case, at this point, i’m just going through them in order and snakes came up next. I’m not particularly interested in them.

There are more than 3000 species of snakes.

The scales of a snake are waterproof

Snakes are temporarily blinded when they shed their skins

Snakes can unhinge their lower jaw to open their mouths wider

Only poisonous snakes have fangs