Log in with Facebook
or
Wrong email address or username
Sign up
Already on BookLikes? Log in!
Incorrect verification code
Please, check your email, the code to access your BookLikes blog was sent to you already.
Enter code:
« Back Send
back to top
Search tags: emma 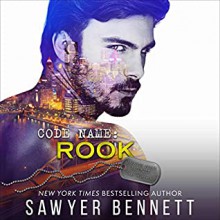 
A man of mystery. A woman without a clue. A danger that threatens to consume them both. Cage and Jamie are a match made of secrets. What began by chance quickly spirals out of control. Code Name: Rook takes some getting used to. There are moments when it feels like your walking in slow motion and it's hard to see the way out. Sawyer holds her cards close to the vest and just as you think you have everything figured out there's another twist that stops you cold. A spellbinding blend of sensuality and intrigue that thrives on being smartly unpredictable. 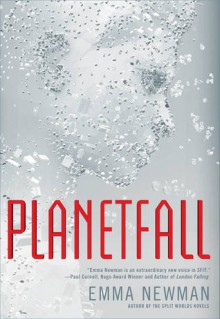 The novel started off decently - nice writing and a mystery - but by the 40% mark it started to get bogged down. The secondary characters came across as flat. Then the switching between past and present without divulging anything relevant just started to irritate me. The last quarter was just silly and the ending was rushed. So, an ok novel if you have the time to waste. 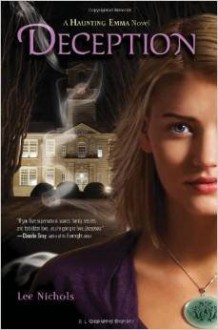 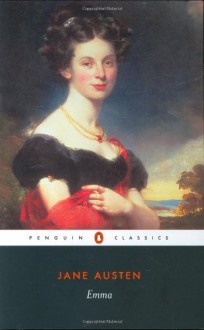 I have a rocky relationship with Jane Austen. I first read her major works for bragging rights when too young to appreciate them. Then as an adult, I read Mansfield Park and Persuasion, and decided, nope, Austen wasn’t for me. And then I read Northanger Abbey. And it was fun! And funny! So recently, I embarked on a re-read project of Austen’s three most popular works, and what a difference those intervening years have made.

First of all, I have a strong preference when it comes to Austen’s novels: I enjoy her wit and insight, but not her moralizing, which is why I had great fun with Emma, Pride and Prejudice, and Northanger Abbey, but found her other books to drag. Her dynamic, imperfect heroines, the ones with real foibles to poke fun at, whose journeys involve needing to grow and change as they learn more about the world and themselves: these are great fun to read about. Her static, flawless heroines who don’t go on a journey so much as stand by while others learn to better appreciate their perfection: ugh, no thank you.

Happily, Emma falls into the first category. It’s one of Austen’s longer books, and I remember taking forever to read it, but this time I burned through, finding the story compelling and fun. It feels a bit more polished than some of Austen’s work, with longer chapters that flow naturally together. It’s also a little ridiculous with its endless misunderstandings, but each one individually is believable. Its characters feel real, and Austen’s observation of certain aspects of human nature is dead-on: Mr. Woodhouse, who allows his high levels of anxiety to control his life and limit the activities of everyone around him, is so much like some real people I know that I was irritated at him every time he appeared on the page. For all her flaws, I can’t help thinking Emma’s a bit of a saint for so patiently putting up with him.

Most interestingly though, as it turns out few people (including my younger self) seem to realize what this novel is actually about. It’s not a romance: for most of the book Mr. Knightley acts the part of a father-figure to Emma, she doesn’t realize her feelings for him till near the end, and before that point there’s only one brief moment of chemistry between them; romance is her reward at the end, but not the subject of her story. It’s not about a young woman facing financial or familial pressure to marry: unique among Austen’s heroines, Emma has no actual need to do so, and no one voices any objections to her stated plan to remain single and eventually adopt one of her nieces for company. It’s also not about Emma’s learning not to try to set up her friends: she actually learns that lesson pretty early on.

In fact, this is a very conservative novel about a young woman learning her proper place in society and how to behave as befits her station as the highest-ranking woman in her rural town. Emma has to learn to be charitable and patient toward the genteel but unfortunate (Miss Bates), not to snub the nouveau riche as long as they remember their place and treat her with proper respect (the Gardners), and to choose as her friends the worthy and well-bred (Jane Fairfax) over people of lesser birth, with whom too close a friendship will inevitably cause trouble and social disorder (Harriet Smith). It’s hard to say much for this sort of message now. For modern audiences, the less charitable parts of it—the message that Emma must ultimately drop Harriet as a friend to maintain proper social order, hammered home through the way Emma’s machinations to keep Harriet within her circle cause escalating trouble until finally Emma herself is done with the friendship—are so obviously unfortunate that people tend to read the novel as being about something else entirely. Austen makes it easy to do that, with several subplots and layers to the story. But I doubt her contemporaries would have missed that the entire novel is about a young woman’s journey toward “correct” behavior, dressed up in a bunch of drama and poking fun at people in a small town society.

All that said, it’s an enjoyable story in its own right, and makes for such lovely escapism while giving the reader multifaceted characters and issues with some real depth to chew on, that I can’t give it less than 4 stars despite rather unfortunate themes. Maybe one day I’ll return to it again and see something completely new. 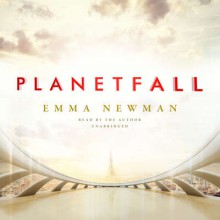