Log in with Facebook
or
Wrong email address or username
Sign up
Already on BookLikes? Log in!
Incorrect verification code
Please, check your email, the code to access your BookLikes blog was sent to you already.
Enter code:
« Back Send
back to top
Search tags: established-relationship 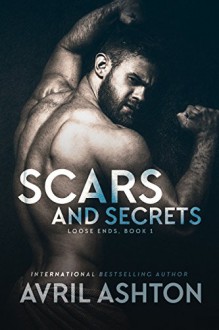 I have been waiting for Levi Donovan Story since "Sinner Like Me", and at last here it is.

I expected to be over the moon on this story but unfortunately I didn't, I still loved the writing Avril Ashton can write her men in a very captivating and deep ways that made me love part of this book, but the biggest downside for me was that I didn't like the relationship dynamics between Levi & Van and that made me unable to connect to them on every level.

Overall the story was likeable to a degree and it was awesome to see all the boys again especially Israel and Reggie. 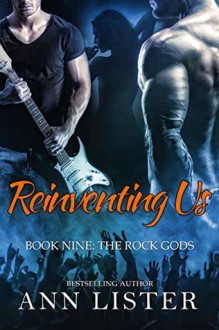 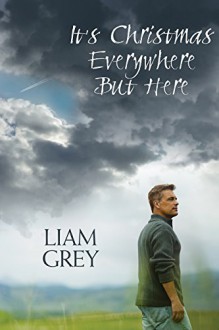 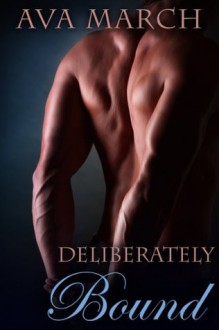 HOT, SEXY AND INTIMATE.
I adore Oliver and Vincent and by far this is my favorite sex scene in the entire series. 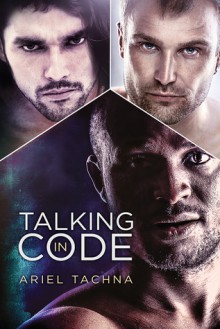 mine is probably not the review you'll want to read. I was really looking forward to this one I like Ariel Tachna and still do for that matter. It's just that this was not the book for me. It sounded good but once I got into it things just didn't work.

We have an established relationship here Richard Horn and Timothy Davenport have been together for nearly 20 years and 4 years ago they added a third to their relationship, Eric Newton. Initially it was Tim who wanted this young man but Eric quickly attracted Richards attention as well and neither Dav (as Tim is often called) nor Richard have looked back since. Unfortunately, Eric is a little less secure. Eric's not had an easy life and it's left him with a few issues add to that the fact that his exit from the military was less than amicable in spite of the fact that he's a top notch weapons expert and probably the best sniper that anyone's come across in a while and it's a recipe for PTSD and Eric's got it in spades. Unfortunately there are times when Peaches (yep, that's Eric's nickname) feels like more of a needy, whiny child than anything else.

This book opens up with a lot of things going on. When we first meet these characters Richard and Dav are in the middle of executing two missions one to be led by Dav, who nearly doesn't make it back from his mission alive. While at the same time a covert op is taking place to rescue Eric, who's been held hostage for the past 4 months by some pretty sadistic terrorist.

So here I was dropped into the middle of one pretty epic clusterf*ck. this all happened before the 20% mark (16% to be more accurate) and judging by the other reviews that I've seen out there I will freely admit I seem to be in the minority when I say 'I didn't really enjoy this.' It wasn't so much the fast pace as the fact that I just never felt a connection between any of these men. Initially Richard and Eric are left trying to muddle through things because Dav's always been the one to look after Eric when he comes back from a mission so Richard has no idea what he needs at this point and 4 months in a hostage situation with people who enjoyed torturing him, you can be pretty certain that Eric's going a little more screwed up than usual. Meantime Dav's no help because he's in the hospital in a medical induced coma recovering from multiple gunshot wounds.

Now I know it seems like I've given up the ghost here on this one but if you read the blurb I haven't really told you anything that isn't already out there. So while the first part of this story steamrollered right on over me the remainder floated past at a far more sedate pace and was taken up with Richard and Eric  basically getting to know each other and finding their way in a menage relationship that effectively has been reduced to a couple and while some of this was good,  I was a little hard pressed to buy into Eric's issues post-crisis being basically resolved by a bowl of stew, getting shaved by one his partners (Richard in this case) and some pretty good sex...yep, that was it a new twist on the 3 S's...Stew, Shave & Sex. Apparently it's a PTSD cure-all...no, I'm sorry. I couldn't suspend my belief enough to buy that if Eric was as tortured and abused as we are to understand that he was, this was all he needed to restore his balance...really?

What the hell are doctor's learning in medical school these days if they couldn't figure this one out sooner? I guess what bothers me is the idea that thousands of men and women are out there suffering from this condition and basically this story is saying 'suck it up buttercup, you just need a good shave, some stew and you're ass nailed to the mattress and you'll be fine.' I realize that these things are suppose to be symbolic of love and acceptance and home and safety, comfort and security all those good and positive things but realistically if that was all it took, don't you think we'd have fewer people suffering from PTSD than we do? Not every person who experiences this is without a loving support system and yet, many still suffer from it. Needless to say I was a little disappointed in how PTSD was dealt with in this story and that took a bit of the shine away from things for me.

Overall I found that if anything these characters were flat. There was a lot of stuff going on and yet somehow for these guys it always came back to sex. Eric's been held hostage for 4 months and comes home to find that Dav who really is his anchor is has been seriously injured and is an induced coma and it seems like his most prevalent thought is getting Richard to have sex with him, Dav's barely out of his coma and he's talking about how it's going to be a while before sex is possible for him but he's handing out directions like it's the set of a porn movie. I don't have a problem with sex in my stories and I do believe that a healthy sex life is very often indicative of a healthy relationship but I also believe in balance and with these guys it just felt more like the sex life was the relationship and not just a part of it. Maybe if I'd felt like any of the other stuff going on in their lives had even the same amount of relevance as the sex and there was some pretty life altering stuff happening, I wouldn't have felt like these characters were quite so flat. I have to admit I knew this wasn't going to end well when I realized that I was actually relieved that some of the sex scenes were off-page and/or fade to black which is what I feel like I need to do now as well...fade to black...

I loved this author's Lang Downs series, Overdrive was the first book that I read by her and I still think it's awesome, I've been enjoying her series 'At Your Service' as well, but this one just didn't work for me...hopefully I'll enjoy whatever comes next.

An ARC of 'Talking In Code' was graciously provided by the publisher in exchange for an honest review.