Log in with Facebook
or
Wrong email address or username
Sign up
Already on BookLikes? Log in!
Incorrect verification code
Please, check your email, the code to access your BookLikes blog was sent to you already.
Enter code:
« Back Send
back to top
Search tags: humor-funny

Here is a funny workplace humor for seo experts that would reduce stress and improve work quality to attract more and more organic search traffic. 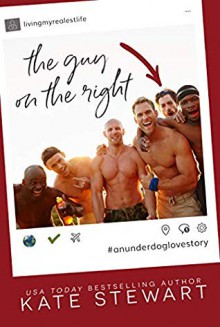 Laney meets someone she never expects at a party.  They both have a bad night and commiserate enough to become friends.  If she can make room in her life to let someone in he may be a happy addition.

Theo is intrigued from the get go.  Attracted to first her voice, then her beauty, he just cannot get enough of her in his life.  Laney brings him joy and helps inspire him.

Together these characters make for quite the read.  I love the banter and openly laughed out loud multiple times.  Such a great story going at a good steady pace.  I could not put it down.  I give this story a 5/5 Kitty's Paws UP!

***This early copy was given in return for an honest review only. 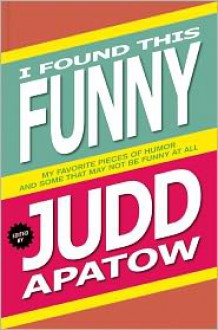 Dear Judd,
You've certainly got a deliciously dark side to you, don't you? Tell your critics who complain that your title is deceiving that perhaps they should actually read the entire title, especially the ...and Some That May Not Be Funny At All part. However, considering you're one of the men behind some of the laugh-out-loud movies of our day, just putting your name on the book would probably be considered "deceiving" and "false advertising."

That being said, I think your book probably could have done with some more editing. I loved a few of the stories, and really didn't care for some of them (most notably most of the Funny stories). For almost 500 pages of short stories that I did overall like, there were quite a few that seemed to meander in unnecessary places - short stories that didn't fit like the rest of them.

My Favorite Parts?
A Mother's Tale, by James Agee: Hell, there's even a warning in your introduction:

And skip James Agee until you can handle the hard stuff

Even though I knew exactly where this story was going from the first few lines, sometimes it's nice to read a story that reacts and flows in just the way that you expect it to. I'm not saying it was boring, but that it went in such a way that stories as such go. It was certainly not funny, and I can see how you consider it "the hard stuff," but for people that have been reading for as long as I have, the issues addressed have all already been addressed. It felt like I'd already read the story before - again, not in a boring way - in a comforting, homecoming sort of way (for all its disturbing aspects).

I Demand To Know Where You're Taking Me, by Dan Chaon: I was honestly surprised that this was written by a man. I felt as though everything going on in the mind of the main character (mother/wife/sister-in-law) was true. I'm not saying that men can't write women, but that I can usually tell the difference, and this felt more like it was written by a mother. Again, this was perhaps one of the more disturbing stories. With the main character's brother-in-law in prison, and his stuff being stored indefinitely at her house, she and her family have also inherited his pet bird. The foul mouthed bird with an attitude becomes her nemesis and a catch all for all her bad feelings towards her husband and her brother-in-law. The story ends with a strong finality that so many short stories seem to be missing.

Selected Drawings, by Hugleikur Dagsson: Now see, these had me rolling. I have a very dry sense of humor, and frankly, Judd, most of your movies are not my cup of tea, but these comics? Fucking Hilarious.

Six Selected Pieces, by Simon Rich: With stories a page or less in length, these all packed a powerful punch. They were funny, but they weren't crass.

Overall, Good book, but dear Gods, did it really need to have so many stories? Sometimes, less is more.
Like Reblog Comment 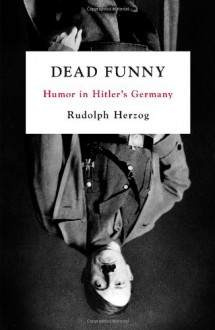 Naturally, one doesn't expect a lot of laughs from this book, humor aside. It's an incredibly, unflinchingly stark look at Nazi Germany and the people therein. Herzog's painful thesis is that, essentially, German political humor from the 30s and 40s at the expense of Hitler and the Nazis does not constitute rebellion, risk, or transgressive ideas, but does show that the German people of that era simply can't say "we didn't know what was going on" or the "we were all in a trance from how charismatic Hitler was."

It's a depressing thought. Herzog points out, with a lot of proof, that telling jokes about Hitler didn't usually put one's life in danger, didn't mean one was in opposition, and in fact may have made it easier for one to overlook certain things. A sort of safety valve to get out of being genuinely outraged. At the same time, he theorizes that if people were willing to look at Hitler as a ridiculous loudmouth in 1940, they couldn't have been completely and utterly in his sway either. The sad fact is that the opinions, as expressed in jokes, only turned really sour toward the Third Reich when the owners of those opinions were hurt by it -- when it was everyone else, they just joked like anyone else.

Along with this, the book has a lot of information about the entertainment industry, and what various actors and comedians did, or didn't do, in the face of all this. There is also a chapter on the jokes that Jews told in the midst of the Final Solution. That chapter is extremely depressing: it also may be the funniest. But that might just be because I'm particularly attuned to the strange, dark humor of my progenitors.

The book isn't the most well-written in the world, and it goes on some tangents, and makes some assumptions. I'd probably put it at three and a half stars if I could, but I averaged up to four based on the gut reaction that it often got out of me, although that's probably entirely personal. It achieved that reaction because humor shows so much of the humanity in the people telling it, that it made the horrors of the Third Reich all the more palpable, as I could imagine the people suffering from, butting against, and allowing it.
Like Reblog Comment 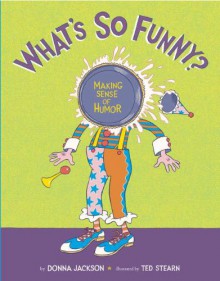