Log in with Facebook
or
Wrong email address or username
Sign up
Already on BookLikes? Log in!
Incorrect verification code
Please, check your email, the code to access your BookLikes blog was sent to you already.
Enter code:
« Back Send
back to top
Search tags: like-a-rollercoaster 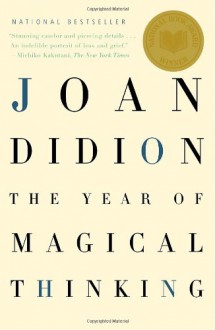 Well, I don't have a lot of words for this one.

I loved Matt. Yes, he could be immature, acting before thinking, with no filter and sometimes not even with a fully functioning brain. But he was good, innately and indisputably good. Alex was harder to read, but still a really great guy. The two of them together made for one hell of a ride. I was so damn glad for the secondary characters calling them out on their bullshit because seriously? Somebody had to do it or I might have punched my book.

There is really nothing more to say. This story was fun, it was touching, it was sexy, and I felt for these two very much. Just read it, you'll understand. Man, where to begin with this one?


One important thing first: Heed the trigger warning, folks! Of course, I completely overlooked it before I began reading. I wouldn't go as far as saying that it was a mistake, because I got through the scenes intact and still liked the book. But I do think that the description and picturing of self-harm in all its' complexities and backrounds is done very realisticly. They are intense and real. This was not done by an author who had no idea what she was talking about and it showed in a way that might not be as "harmless" to other readers as it was to me. So, again, please heed the warnings.

What else? Yes, Ryder! Ryder breaks your heart - probably more than once. He is so many contradictory things at the same time, it made my head spin and still allowed me to understand him completely. He was so strong, yet felt so weak at times, it was almost impossible for him to bear. He seems so confident, but really has no feelings of self-worth, sometimes not even self-preservation. Hence, the abuse of alcohol and other substances.

And then we have Mason. My problem probably was, that as connected as I felt to Ryder, I didn't quite get the same grasp on Mason. At least not in the beginning, all the more though during the end.

I also liked the development around the little "mystery/crime" part, even though it problably wasn't the most believable plot line. But that's when I actually connected fully to Mason.

About Ryder's mother thoough (his father is not worth even that much): Uhm, no. I didn't get her, I didn't believe her and I certainly couldn't forgive her. At all. Her regret didn't faze or touch me. Too little, too late.

All in all a solid read for me, at times a little too much, at times unebelievably intense, but still really good. There's not much I can say about this, 'cause I don't want to spoil anyone else's fun, but hooo-weee, that sure was sumthin'!

So, here's the review: I started this book at lunchtime on Friday (yes, I was working). I read it over lunch and then put it away until I got home from work around 6:30 pm. I finished it around 8 that evening. Super crack-o-licious. Go forth, read it, and be ready for some

young-adult contemporary-character-driven on-the-kindle f-ed-up-families ripped-out-my-heart thrilla-mystery get these people out of my head like a rollercoaster you spin me right round... Crack
Like Reblog Comment
show activity (+)