Log in with Facebook
or
Wrong email address or username
Sign up
Already on BookLikes? Log in!
Incorrect verification code
Please, check your email, the code to access your BookLikes blog was sent to you already.
Enter code:
« Back Send
back to top
Search tags: publisher-hatchette 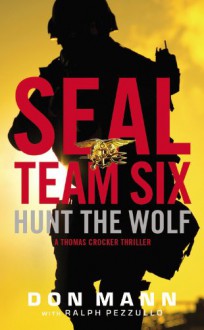 Chief Warrant Officer, Thomas Crocker of SEAL Team Six and his team are on the way for some mountain climbing training in Islamabad when they are given a mission. Intel puts a known terrorist at an address in Karachi, Pakistan. They are to go in, locate, and bring Abu Rasul Zaman out alive.  Except the mission goes sideways and after the smoke clears they’re told Zaman isn’ty one of the bodies left behind. He’s escaped. Mission failure. It eats at Crocker as he and his team are dismissed to go do their climb. When he meets up with a Norwegian diplomat on the mountain things take a turn that’s unexpected and now the clock is ticking. Will Crocker and his men finish the mission after all?

Full of action this is definitely a thrill ride with a side of mystery from beginning to end. However, it lags a bit in spots, it’s a tad repetitive in areas, and if you love descriptions of weapons then you’ll definitely love this story. Because each and every weapon is listed each and every time they gear up. In addition, I am not really a fan of Crocker. He seems to be more than a touch obsessive-compulsive about working out and pushing himself – even to the point of hurting himself. Extreme and more than a little alarming. His personality is also a tiny bit sketchy although he gets the job done, I can say that about him. Eat your heart out, John McClane. There are some POV problems, not many but enough to pull me out of the story. Otherwise, this is an adrenaline-loving, white hat vs black hat, save the girl, tale from beginning to end. 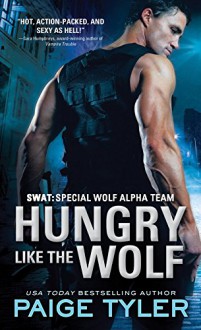 Journalist Mackenzie Stone smells something funny about the much-touted Dallas SWAT team and she’s determined to dig until she finds out if they’re dirty or pumped up with PEDs (performance enhancing drugs). She had no idea she was walking right into the wolf’s den.

I admit that I kinda loathe reporters/journalists and Mac is no exception. What a self-righteous prig she is. Not a fan of her, but at least she’s no shrinking violet. I love Gage and the entire SWAT team. The action is fast-paced, the bad guy is a bit too real, the steamy stuff is definitely fan-worthy, and I like the lore and humor. I’m not much on the plot device of having a woman be The One or whatever anyone else calls it. I think it’s a cop out. Blah. Anyway, other than those two points this is a pretty good read.