Log in with Facebook
or
Wrong email address or username
Sign up
Already on BookLikes? Log in!
Incorrect verification code
Please, check your email, the code to access your BookLikes blog was sent to you already.
Enter code:
« Back Send
back to top
Search tags: Breathe Breathe the Sky by Michelle Hazen


Hazen puts the heart under a microscope to explore the treasures hidden inside. Breathe the Sky is as fragile as it is strong. Jack and Mari turn beautifully broken into an inspirational love song. Tissues are a must. 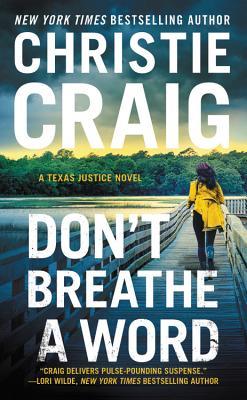 Texas Justice #2, The Cold Case Unit of Anniston PD has a new case when they look into a young stripper's disappearance, the murder of her boyfriend, and the connection they had to the gang leader/drug dealer who killed Juan Acosta's wife and unborn baby. Juan already killed him in the line of duty but the large scar on his face serves as a daily reminder that he failed his family. Finding the person responsible for this cold case and maybe even finding the stripper alive will help, or so he hopes. But then there is his new neighbor and her daughter something just doesn't feel right he knows they are running from something but he doesn't know what and he's determined to find out.

Vikki Holloway gained guardianship of her niece, Bell, after her sister died in a hit and run. Vikki always suspected her sister's abusive husband as the culprit but never had proof and it seemed pointless to prove it after he died but then Vikki swore she saw him leave her apartment after ransacking it and then he called her threatening her. Scared for her niece she ran and with the help of AWCO they got new identities. After almost being found in Arizona they moved to Texas where she became Nikki Hanson and Bell became her daughter.

Juan felt intrigued by Nikki and her daughter and oddly protective of them too. He knew they were hiding something but the more he got to know them the more he felt inclined to help them, not even the truth scared him off it just made all the more determined to keep them safe. All the while Juan and his team mates are working his cold case which has suddenly become hot again with the only witness disappearing only to reappear and get shot at and put into a coma. Vikki is hesitant to accept any help from anyone but Juan isn't easily put off, the sexual attraction is one thing but Vikki starts to actually trust Juan.

Overall, I loved this book. It was an exciting read with great characters, Bell is adorable. I loved the descriptive foreplay and then leaving the sex up to the reader's imagination it was just enough to satisfy me. It is a nicely balanced romantic suspense and it can be read as a standalone. I look forward to Connor's book next.

review 2019-08-13 22:43
Original collection of short stories without the political correctness that invades everything today. How to Breathe Underwater, Julie Orringer This, the first book written by Orringer, is an excellent collection of original short stories, concentrating mostly on the young and the difficulties they have coming of age as teens or young adults. The problems they face are unique and the way that they approach them determines an outcome that will probably haunt them in some way throughout the rest of their lives. The author seems to have entered the heads of her characters and their stories seem more real than fiction. Every story is rewarding, in some way. It is so refreshing today, to read a story that might contain sex, but is not about sex, that might have a foul word or two, but only if the words are there for a purpose rather than shock value. It is heartening to read about subjects that are not really political or biased or trapped in the PC culture of our modern times. Because it was written just over a decade and a half ago, there is no gender bias or confusion, little racism, and no hate for law enforcement. There is no call for resistance to the powers that be. There is racism, and there is cruelty, but it is managed well and with morality. It is not offensive. Best of all, politics does not invade every story with the author’s personal view. Each piece that the author has written imparts a value lesson which is largely absent in today’s literature and in today’s daily life with the proliferation of social media and the need for so many to have fifteen minutes of fame and to learn all in a sound bite. This book was written in a more peaceful, or perhaps a more stable time, yet the subject matter covered would not be described as peaceful. Most of the stories are dark, and some are depressing, but they all end with a bit of a hopeful outlook since they move on into a future that is somewhat successful. Problems are resolved either positively or negatively, but they are resolved in a palatable way. The readers are left with the task of thoughtfully ending each story for themselves. The unwed mother raises her child, the conflicted teen figures out the right thing to do to help a friend, courage overcomes weakness, the missing child turns up, devastating loss is coped with in ways that carry the characters forward, few actually die during the story (that largely occurs before or in our imaginations later on), but the idea of death is front and center in some stories, religious confusion and intolerance are worked through discretely, without causing resentment, really poor decisions are recognized and acted upon correctly before they go completely awry. The intuitive approach of the author is detailed and authentic. She knows her characters and their problems intimately. Her insight makes them feel like they are real and not made up out of whole cloth. Even the most bizarre or reckless of the stories has plausibility. They do not seem to be fiction, but rather more like mini memoirs. As the author touches children’s innate cruelty, people’s innate bigotry, teens innate jealousy, loss, illness, jealousy, anger, divorce, cruelty, kindness, and so much more in just a handful of stories, she analyzes the stuff of real life, the pain, the pleasure, the loss, the gain, the heartache, the frustration and the helplessness we all sometimes feel. Yet, in each story, there is a resolution that prevents catastrophe. In each story, no one is painted into a corner without an escape route, and most often, the escape route is chosen well. This book is well worth the read. Put it in on the nightstand and read one or two a night! Even audiobooking at 1.75x speed, this is a slow read. But I'm really enjoying it. I can't imagine being a bisexual back in the 1930s. I wonder what my sister would think of this, being from Rio de Janeiro. I don't think I have ever mentioned my sis have I? She was an exchange student in my home when I was 7. She's from Rio and taught me a little Portuguese. She recently married a lovely woman, and I'm feeling serious similarities between this book and her. Maybe I should find a copy in Portuguese for her. She's my only sibling, and I love her.